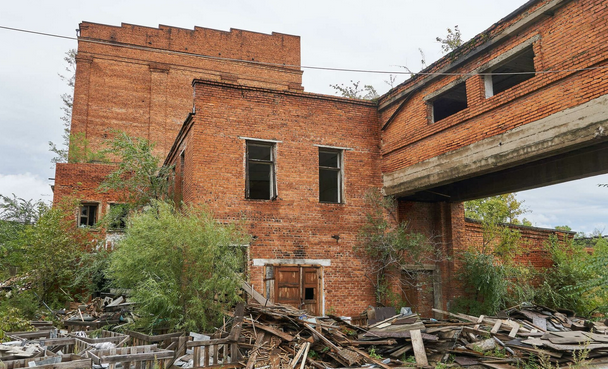 Below is an extract of a recent riveting statement.

I’m deeply grateful for the opportunities America has given me. But the giant ‘American’ corporations who control our economy don’t seem to feel the same way. They certainly don’t act like it. Sure, these companies wave the flag — but they have no loyalty or allegiance to America. Levi’s is an iconic American brand, but the company operates only 2 per cent of its factories here. Dixon Ticonderoga - maker of the famous №2 pencil - has moved almost all of its pencil production to Mexico and China. And General Electric recently shut down an industrial engine factory in Wisconsin and shipped the jobs to Canada. The list goes on and on.

The Washington Post must have been set to damn the naked chauvinism of President Trump; but, surprisingly, discovered that the statement did not come from The Donald. Published earlier this month, it came from none other than Pocahontas, aka Elizabeth Warren.[i] Obvious surmise: the news rag changed tack.

But for her self-serving pretence of being an American Indian, her socialist proclivities, her acceptance of the invasion of America by so-called asylum seekers, her climate hysteria, her painful gaucheness, her enthusiastic support for killing the unborn, her Trump-derangement psychosis, and her embrace of every Western-civilisation-undermining post-modern social cause, I might consider becoming a fan. She continues.

These ‘American’ companies show only one real loyalty: to the short-term interests of their shareholders, a third of whom are foreign investors. If they can close up an American factory and ship jobs overseas to save a nickel, that’s exactly what they will do — abandoning loyal American workers and hollowing out American cities along the way.

Politicians love to say they care about American jobs. But for decades, those same politicians have cited “free market principles” and refused to intervene in markets on behalf of American workers … The result? Millions of good jobs lost overseas…

Author! Author! And, admittedly among some chaff, there is more good stuff to follow. Here is another taste.

Some people blame “globalization” for flat wages and American jobs shipped overseas. But globalization isn’t some mysterious force whose effects are inevitable and beyond our control … Others blame “automation” for American job losses, especially in manufacturing. It’s a good story – robots and other new technologies made American manufacturing workers more productive, so companies needed to hire far fewer actual human beings. A good story, except it’s not really true…There is actually no evidence that productivity caused manufacturing’s relative and absolute employment decline in America since the 1980s. Meanwhile, Germany has nearly five times as many robots per worker as we do and has not lost jobs overall as a result.

The truth is that Washington policies — not unstoppable market forces — are a key driver of the problems American workers face. From our trade agreements to out tax code, we have encouraged companies to invest abroad, ship jobs overseas, and keep wages low. All in the interest of serving multinational companies and international capital with no particular loyalty to the United States … That’s why our government has to care more about defending and creating American jobs than ever before.

It is amazing to me that trade unions (and the ‘deplorables’ they represent or would like to represent) have meekly gone along with job-destroying trade policies at the behest of elites and of deluded open-border economists spouting vacuous free-trade mantras. Make no mistake, there is an available political niche. In the US Trump has already filled it and Warren is late to the party. It is still available in Australia – the deeply regrettable loss of our car manufacturing industry is proof of that.

To be clear. International trade is good. Of course it is! So is Louis XIII cognac. But it is wise to drink it measuredly, lest you become befuddled and prone to being robbed blind by cheats and scoundrels.

David Ricardo is long dead.[ii] We live now in an age of multinational companies owing no national allegiance. We live in an age of rising mercantilist China and of other developing countries with low wage rates and scant regard for the niceties of World Trade Organisation rules. In this age, the unbridled pursuit of free trade is untenable. It is a national suicide note.

The principal goal should be the integrity and security of the nation state – the bulwark of our prosperity and freedom. International trade must serve that goal, not undermine its achievement. Elevating free trade as an objective in itself is a species of solutioneering.[iii] The actual objective, which should guide governments, is to improve lives within their nation state. Trade is simply one of the tools.

Free markets underpin prosperity and political freedom. They work without peer inside a nation state, where the playing field is broadly level. Put them on an acutely slanted international playing field, where the second-biggest economy in the world (with a GDP of more than three times that of Germany) claims ‘developing country status’ within the WTO, and therefore a licence to concoct one-sided preferential trade rules, and all bets are off. It is a joke being played on the industrial West. And we had better wake up. Elizabeth Warren is now woken, evidently. Donald Trump became woke many years ago. Maybe he was born woke

[ii] Ricardo devised the ‘theory of comparative advantage’ in 1817 – showing that there are gains to be had from specialisation and trade, even between countries where one can produce all tradable goods more cheaply than can the other.

Please save us from the IMF

A cock and Turnbull tale