Following a hard act is difficult. Far better that the other fellow stumbles (just a little at least) and makes us look better. If only we could pick and choose the benchmark against which we are judged. Well we generally can’t in the ordinary business of life. Politicians can when it comes to their record. There is so much history and so many facts to choose 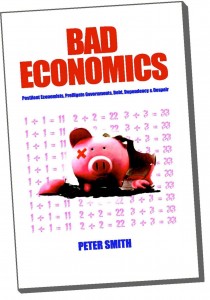 from that they have little difficulty in constructing a favourable narrative.

So we have President Obama picking and choosing his start point in trumpeting an increase of 3.8 million jobs in the United States. Now, make no mistake, these are real job gains reported by the Department of Labor (DOL) not the jiggery-pokery jobs he claimed to have “saved” in mid 2010; and they also present a better picture of the US economy than markets and most pundits are allowing, which I will come to. At the same time, they are misleading.

Now imagine President Obama running his re-election campaign on the slogan of only half a million jobs lost or we are only 10 million jobs away from full employment. This wouldn’t quite cut it.

The correct perspective in somewhere in-between Obama’s narrative and the reaction of markets to May’s job numbers. The US economy is in a hole. But still, on average, since February 2010 employment has increased at a rate of 139,000 per month, which is enough to progressively dent the unemployment rate.

Of course this is an insipid recovery compared with most past recoveries but then again we are not in the midst of a global recovery. For example, jobs growth in the UK between the first quarter of 2010 and the same quarter of 2012 was just 1.4 per cent compared with US jobs growth of 2.6 per cent over the same period. By the way, Australian jobs growth over the same period was 3.2 per cent though, ominously, only a very small part of this occurred during the most recent year.

The reaction to the May jobs’ report (an an increase in seasonally-adjusted non-farm jobs of 69,000) was severely overdone. Apparently the market expected around 150,000 jobs. Who knows how these expectations are arrived at? The reported job numbers are based on a sample survey of employers. The DOL suggest that a gain of 100,000 jobs is statistically significant. This means you have to put a wide border around each monthly number – which proves to be beyond the capability of most economic commentators.

To even out the sample error; if you take the average reported employment levels in the three months to May and compare this with the previous three months you get an average monthly growth in employment of 160,000.

A slow recovery is clearly underway in the US based on the employment numbers. This is despite Obama’s wasteful stimulus spending, crony capitalism, anti-fossil fuel green energy policies and reluctance to do anything about the budget deficit. He will claim credit for the recovery as would any politician. In reality the resilience of US capitalism is showing through. Things are looking up. Now if only the nanny states in Europe were doing as well.

Stop The Boats. Infuriate The ABC