When I listen to the Prime Minister these days my mind switches to a memorable accusatory statement, delivered in particularly effective fashion, by Charles Laughton in the movie Witness for the Prosecution. 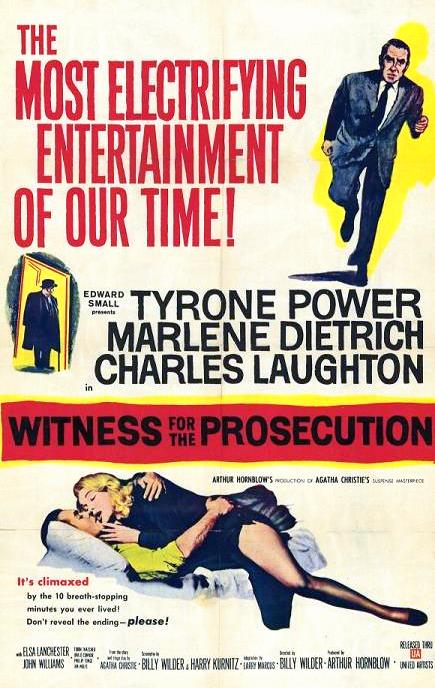 Marlene Dietrich, in the witness stand, is the unfortunate target:

The question is whether you were lying then or are you lying now or whether in fact you are a chronic and habitual LIAR!

Judging by the coverage of the Bob Carr affair, even Australia’s forgiving mainstream media may perhaps be starting to come to terms with the fact that we have someone willing to play fast and loose with the truth in the highest elective office in the land.

My experience with the liars I have known is that it is apparently uncontrollable. I say this because having lied and been caught out they simply continue on, time after time, even when it is obvious. I’m no psychologist but that has always seemed rummy to me.

Ms Gillard has only recently come away from an ABC interview in which she claimed that she couldn’t recollect seeing polling results immediately before she challenged Kevin Rudd and knew nothing of her staff preparing her victory speech two weeks before. Both claims were beyond belief. They were not clever deceptions. She might as well have said, now here I am making things up again and be done with it.

Now she says that the story in Wednesday’s Australian of her offering Bob Carr the vacant senate seat and the foreign affairs ministry is “completely untrue”; and she repeated it. Why do that when Bob Carr knows that he was offered the position, albeit not directly by Ms Gillard. Are we to believe that he was offered the position by maverick apparatchiks who had cleared nothing with the PM? She said “completely untrue”. Of course, she avoided misleading parliament by repeating that same denial in the House. So she knew what she said was untrue but said it anyway. Therein lurks the nub of the matter.

I wrote about this back in April, I listed a number of instances of “slippery behaviour leaving false impressions” starting immediately after she had toppled Rudd.

I have nothing more to say about this. It is quite simply regrettable.

Charles Laughton summed it up this way in the movie.

My Lord, may I also remind my learned friend that his witness, by her own admission, has already violated so many oaths that I am surprised the Testament did not LEAP FROM HER HAND when she was sworn here today! I doubt if anything is to be gained by questioning you any further! That will be all, Frau Helm!

Peter Smith’s book, Bad Economics, will be published by Connor Court in April. You can pre-order (post free) here…

She’s messing with our heads