Shambles on the Left

The OWS protesters and those copying them in other parts of the world have been criticised for being incoherent.

This unfairly maligns the protesters by singling out their incoherence. In fact, they are truly representative of the Left. They just exhibit less guile in their incoherence than more practised spokesmen.

The incoherence of the Left stems from no longer having any well thought out aims; at least none that would pass muster in the cold light of day. In these circumstances, it is best to remain silent other than when some economic crisis provides the opportunity to come out and sling a few barbs at rapacious capitalism before ducking back under cover again. 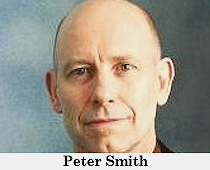 Or another option is to waffle to such an extent that no-one can precisely work out what you are saying or has any inclination to try – this is an especial forte of academics on the Left.

The question arises: if the Left now has no coherent aims why does it persist? What draws people to it? Why has it not faded away? Disgruntlement provides a clue.

It is a common human trait to be disgruntled with the world. From Job onwards, and probably before, people have cursed the fates which have brought them undone. The minister at my local Anglican church described the world as broken. I felt like sticking up my hand and asking how this could be so if God made the world. I didn’t of course; that kind of thing isn’t done. My own view is that God knew what he was doing in making flawed human beings and a planet subject to earthquakes and untoward weather events. In other words, the world isn’t broken; it simply is as it is. If it were broken, it could be fixed. Herein lies the key to the political divide and the persistence of the Left.

Among other things, this gives rise among conservatives to satisfaction with capitalism in spite of the ills it produces, because they believe it produces more benefits and fewer ills than any other economic system. Clearly those on the Left will not be so easily satisfied nor will they be convinced by failed socialist experiments. Once you believe in the remedial power of collective human endeavour, the goal becomes one of finding the right solution. That all socialist solutions have failed so far is not conclusive; they are wrong turns in a maze. The way out is there; still to be found.

Rabbles without a cause they might look like, but the protestors are part of a quest to find the political and economic equivalent of the Golden Fleece; the Ark of the Covenant; the Holy Grail. In other words, the protestors are eccentric dreamers. But they are not a race apart. They are a show case for Left thinking. If this isn’t so maybe people like academic economist Professor Steve Keen from the University of Western Sydney, who spoke to the Sydney protesters, could supply them with a coherent set of aims –so we can all study them for merit. Paul Krugman might perform a similar service in the United States.

In the US commentators say things like; if these protestors want to be taken seriously they must organise and sponsor a political agenda like the Tea Party. The Tea Party are conservatives. They know precisely what their aims are. That is a distinct advantage in forming a political movement. Those bankers are getting paid too much man does not a coherent set of aims make. Apparently the protesters are angry about something and, as those more practised spokesmen of the Left say; they have a right to be, before scurrying off to enjoy the fruits of a free capitalist society. It is all unedifying; all a big sham.

Those prominent on the Left in politics, in universities, and in the media resort to criticising the status quo while leaving blank exactly what they would replace it with. They don’t know what they would replace it with. They haven’t found it yet. The protesters are being put on the spot and look indecisive and, frankly, dopey. Give them a break. All of those on the Left waffle out of necessity; some are just better at hiding and disguising it than are others.

How pure must one be to oppose the common foe?