The Commissioner and the Choirboy 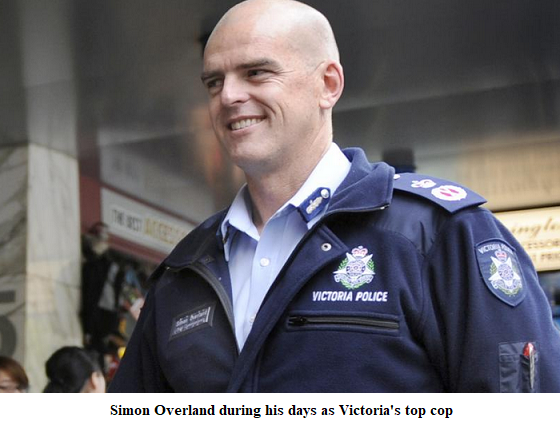 The anonymous former choirboy, Witness J, who falsely accused Cardinal George Pell of sexually abusing him in the sacristy of St Patrick’s Cathedral, Melbourne, after Mass on a Sunday morning in December 1996, has now made some revelations of his own that shed new light on the case. He has put his Curriculum Vitae up on the online employment networking site LinkedIn. At Pell’s trial in 2018, Judge Peter Kidd put a suppression order on publication of the complainant’s name but many in Victorian legal and media circles know his real identity and will find the CV contains an intriguing tale.

While much of the public debate among Pell supporters prior to his acquittal pointed to the strange determination of the Victoria Police’s hierarchy to pursue such an improbable case, the focus was on the two most recent commissioners, Graham Ashton and Shane Patton. Their efforts to persuade both the Victorian Parliament’s inquiry into child sexual abuse and the national news media that Pell was guilty of such a crime was anything but the pursuit of justice. It looked like a stitch-up from the start.

The choirboy’s CV reveals, quite inadvertently, that as well as having these two members of the police hierarchy on side, he enjoyed the support of a third one as well, someone who has so far avoided any place in the overall picture.

According to his CV, Witness J was unemployed for the entire time from March 2014 to June 2019 – a period which more than covers the timeline of his accusation to police, his evidence at committal hearings, the trial itself, and Pell’s conviction. However, after his evidence had done its work and put Pell in jail, his accuser was rescued from the dole queue and given a full-time job and a salary. The story behind this is better understood if it starts with the political background.

Simon Overland was appointed Victoria’s Deputy Police Commissioner in 2006. Following the debacle of the period when Christine Nixon was Chief Commissioner, the Brumby Labor government appointed Overland to replace her in 2009. However, after a report by the police ombudsman accused him of doctoring crime statistics to support Labor at a time when law and order had become a big election issue, Overland resigned in 2011. Gangland lawyer and secret police informer Nicola Gobbo in evidence to Victoria’s Royal Commission into the Management of Police Informants (the Lawyer X commission) described Overland as being “evil, corrupt and dishonest” in his dealings with her, which led to frame-ups and lengthy prison sentences for various organized crime figures and associates, some who were guilty but others who were not.

In 2017, Overland gained the position of Chief Executive Officer of the City of Whittlesea, a local government council on Melbourne’s northern suburban outskirts. He held this position until December 2019, when the council voted to sack him. This happened at a time when publicity about the Royal Commission was rife and just a week before Overland was due to give evidence to it himself.

Victorian Labor Premier Daniel Andrews was furious and immediately moved to take revenge on the council. He intervened first by firing his own responsible minister and intra-party factional rival, Adem Somyurek, and then appointing himself Minister for Local Government in his place. Premier Andrews then sacked the entire Whittlesea Council and replaced them with his own appointed administrators. This all happened within three months of Overland getting the chop.

In April 2020, on the same day the High Court made its unanimous decision to acquit Pell, Andrews made a public statement displaying the contempt he had for the outcome: “I make no comment about today’s High Court decision. But I have a message for every single victim and survivor of child sex abuse: I see you. I hear you. I believe you.” Andrews never divulged why he was so personally affronted.

The connection between Pell’s accuser and this whole political sewage pit came in June 2019, when Overland used his position as Whittlesea CEO to find a job for the then long-term unemployed Witness J. According to his CV on LinkedIn, the former choirboy was initially given the rather fuzzy title of “Contract Support Officer”. He later moved on to another position at the council, which I will not record here for legal reasons.

Given Overland’s track record of persuading police informants to make false accusations against public identities that have landed the latter with lengthy prison sentences, there is a connection here that cries out for further investigation.

When she delivered her final report in November last year about Lawyer X and other police informants, Royal Commissioner Margaret McMurdo recommended that, because Overland and several former detectives had corrupted Victoria’s criminal justice system, they should be referred to a special investigator. This recommendation needs updating. Overland and Witness J should both be questioned further about the propriety of the latter’s Whittlesea council employment: who approached who to make it happen and when, who else was involved, what kind of deal was done? In short, was it a reward to the choirboy for providing the bogus testimony that jailed George Pell?

Keith Windschuttle is Quadrant‘s editor and the author of The Persecution of George Pell, which can be purchased here

A new priesthood calls its inquisition to order