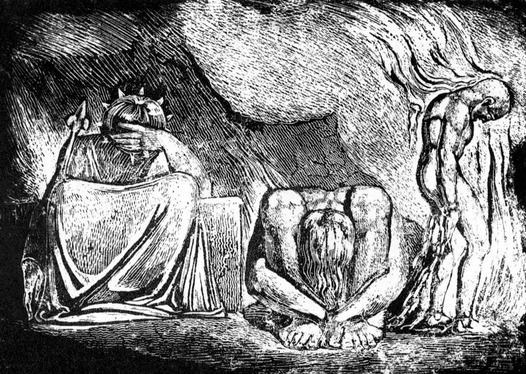 Anti-Christian, sanctimonious bigots are on the loose in every walk of life: in government, in the media, in business, in entertainment, and in sports. They are out to destroy Christianity, the very foundation of our culture and way of life. It is in their way. It must be weakened, distorted and diluted to suit the progressive fads and fashions of the time. Torchbearers for the Old Time Religion like Folau stand in their way and must be cashiered with extreme prejudice.

It is clear from the Bible — however it is spun — that homosexual acts are regarded as sinful. This is not fundamentalist Christianity as some know-nothings describe it. It is Christianity.

Genesis and Leviticus set out the position plainly in the Old Testament. St Paul’s letters to the Romans (1:26-27), to Timothy (1:9-10) and to the Corinthians (6:9-10) make it plain in the New Testament. With the proviso, so far as I can tell, that only in Romans are female homosexual acts condemned as sinful. Israel Folau was quoting from Corinthians.

I make this last point because in the space of a day or so at the beginning of the week I heard a commentator on The Bolt Report go uncorrected in sourcing Folau’s quote to the Old Testament. As then did some panellist on a Channel 7 morning program – which I caught inadvertently when switching channels. Their point in attributing the quote to the Old Testament was that it was redundant since the emergence of Christianity.

Of course, the Old Testament is an integral part of Christianity in any event but, as it happens, it’s all there too in the New Testament. But perspective is needed. Homosexuality isn’t singled out. Lots of other sins are condemned. Sins are part and parcel of our separation from God. They are inevitable. We all, without exception, commit them. As a general rule, therefore, it is best not to feel holier than thou and start casting stones and judging others.

As a reminder, this is what Folau posted on Instagram in April which caused all of the trouble:

The applicable passage from Corinthians varies a bit depending on the version of the Bible. This extract is from the New International Version:

Do not be deceived: Neither the sexually immoral nor idolaters nor adulterers nor men who have sex with men nor thieves nor the greedy nor drunkards nor slanderers nor swindlers will inherit the kingdom of God.

I am not sure from which Bible Folau is quoting but there is a close enough match between the texts, as there is across all versions. I saw one commentator make an issue of Folau using “Hell” as the punishment for non-repentant sinners rather than the seemingly milder punishment of being banned from God’s kingdom. This from the Catechism of the Catholic Church:

Hell consists of in the eternal damnation of those who die in mortal sin through their own free choice. The principal suffering of hell is eternal separation from God in whom alone we can have the life and happiness for which we were created and for which we long.

So, it is clear enough, Folau is quite entitled to use the word ‘hell’. And for a preacher, there is no point in glossing over revealed truth. “You’re going to hell unless you repent and turn to Christ,” has rather more oomph to it than you’re going to be separated from God. But they are one and same thing.

Australians still enjoy the freedom to quote from the Bible, including from Corinthians. Don’t we? Yet for this ‘transgression’ the bigots of our time want Folau’s livelihood forfeited. It is shameful and, I trust, legally untenable.

It is important to say in all of this that homosexuals should not be made to feel singled out. It is always important for Christians to make it abundantly clear that we are all sinners. There is nothing in Christianity which says that homosexuals are less likely to inherit the kingdom of God than are heterosexuals. And Paul made that clear.

This is what Paul wrote immediately after the passage quoted above:

And that is what some of you were. But you were washed, you were sanctified, you were justified in the name of the Lord Jesus Christ and by the Spirit of our God.

That is to say, we (without exception) are saved, and only saved, by repenting and turning to Christ.  Note, this is exactly how Folau ended his post. In sum, his post in its entirety is Christologically sound.

For atheists who believe we are all unlikely accidental products of cosmic forces none of this makes any sense. That’s fine so long as they understand the importance of religious liberty and free speech, as many do. In a different ballpark all together is Rod Bower, the Anglican minister at Gosford. He thinks Folau is wrong. He said so on the message board outside his church. He needs to make the worldwide Anglican community privy to his sin-sanitized version of the Bible. No point in repenting of non-transgressions.

The price of carbon