Billions of Dollars More for Their ABC 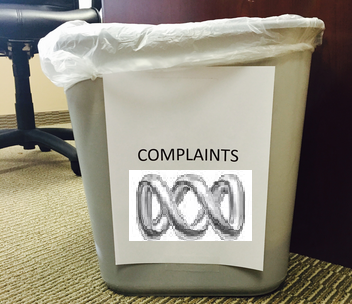 Even if we ignore the ABC’s tendency to indulge fringe issues and groupthink — panels that shun intellectual and political diversity, nakedly political campaigns presented as straight-bat reporting and journalists pursuing personal vendettas — the matter of its funding remains an issue of principle. How should your hard-earned tax dollars be spent? Should those funds really be used to fund TV dramas, alleged comedies, left-stacked panels and newsrooms. and to hire the spouses and partners of those already on the payroll? The notion is absurd, yet government of both stripes celebrate the idea.

Yet last week, the government bestowed $3.3 billion on the national broadcast to underwrite all of the above sins of omission and commission for another three years. One can only wonder if those opening the purse strings are in the least aware of commercial operators’ success in offering the viewing public what it wants, plus a media landscape absolutely transformed by technology.

The profound popularity of television has been no secret since 1956, when Australians first gathered to marvel at the black-and-white screen in the corner of the room. Since then, we have sat through ads too numerous too count in order to follow the programs we favoured. Yet, somehow, the success of commercial TV seems to have been forgotten by the policy buffs who believe the ABC’s survival depends on subsidies. TV isn’t the only thing Australians value that manages to chug along sans-subsidy; people find utility and value in just about everything on the private market. Commercial viability means something doesn’t need subsidies; indeed, commercial popularity presents an incontrovertible argument against them. Likewise, a media outlet’s trustworthiness — a purported quality the ABC, no doubt with fingers crossed and tongue jammed in po-faced cheek, is always keen to extol — is no justification for government funding. Plenty of private companies are trusted by Australians and yet receive no assistance.

Were there no public broadcaster, arguing to establish one in 2022 would be near impossible. Generally, government intervention is justified under the guise of resolving market failures. But with such a saturation of content readily available, how can anyone argue a public broadcaster meets the criteria?

In 2022, digital entertainment comes as close to a perfect market as possible, outside of an economics textbook. Consumers can know what TV series and movies are on a streaming services before subscribing, and the costs across competing services can be easily compared. If at any time a subscriber is unhappy with the content, he or she can cancel. The ABC is the obligatory subscription service from which you can’t unsubscribe, no matter how much you may want to.

If the establishment of a public broadcaster can’t be justified under modern market conditions then neither can its continuation.

Public broadcasting is a public policy failure of the 20th century that need not be a failure of the 21st century. The ABC must be privatised and this area of government overreach ended. Even if it embodied perfect balance, which it most certainly does not, there would still be no reasonable justification for public TV in Australia.

It isn’t unusual for the ABC to cop accusations of being prejudiced. But our national broadcaster’s political bias is a red herring when it comes to conversations about it’s future: Rather than handing further billions of dollars to the national broadcaster, it’s time to privatise it.

24 thoughts on “Billions of Dollars More for Their ABC”