‘Talking Melbourne’ but not Ivermectin 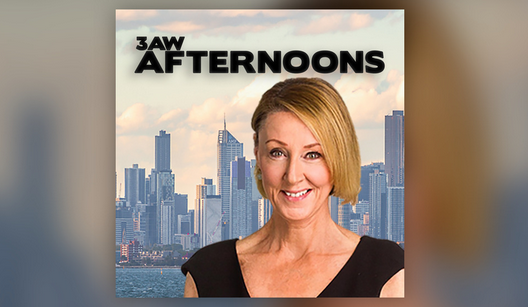 One of the great curses is to be born with a sunny and optimistic disposition, to which I plead guilty. Hope springs eternal in those such as I, forever finding comfort in the belief that the stupid can be brought unto the light of reason by polite, measured and respectful conversation. That this approach seldom works is where the disappointment kicks in. One might, for example, point out that the universal adoption of electric cars, a high item on every green wish list, will require a vast increase in reliable, dispatchable generation, and where will all that additional electricity come from? Alas, the response is apt to be a rote recitation of something like ‘wind and sun are free’. Optimism surrenders to disappointment at such moments and the world’s collective intelligence remains one more brain in deficit.

Still, us optimists keep trying, which was the case once again on Thursday (September 2), when a Sydney doctor, Naren Gunja, made a brief afternoon appearance on Melbourne talk station 3AW to warn against ivermectin as a COVID-19 prophylactic and treatment. Dr Gunja had been talking up a storm that day, also railing against the cheap, off-patent drug at news.com.au, where he shared the story of a self-medicator  who made himself very sick indeed and ended up in hospital.

“There’s no evidence to support the use of ivermectin to treat COVID-19,” Professor Gunja told Western Sydney Health’s news website, The Pulse, another of his busy day’s media stops. “Don’t look for magic cures online, and don’t rely on what’s being peddled on the internet, because none of them work.”

Well this was an intriguing assertion, one in direct opposition to the essays and open letters I have been  publishing in my capacity as Quadrant Online’s editor from the likes of Dr Phillip Altman and Professor Robert Clancy. They and others are very definitely of the opinion that ivermectin, properly prescribed, is very useful in combatting the ravages and spread of the Wuhan flu. As with everything I produce and process for this site I had taken an independent look at the evidence. One doesn’t go to press with an argument that runs counter to the weight of orthodoxy and official pronouncement without testing its credibility and assembling links that will help the reader arrive at his or her considered opinion.

So I called 3AW, whose slogan is ‘Talking Melbourne’, in hope of having a word with Dr Gunja, explaining to the chap who vets incoming calls that I would like the good doctor to explain why the chart of India’s infection rate plummeted down a Himalayan gradient within days of state governments’ approving ivermectin’s widespread distribution. Perhaps there was something else at work, an unnamed factor responsible for the sudden decline? Perhaps the chart (reproduced above) is just plain wrong? Perhaps the anecdotal accounts of ivermectin’s success that have been appearing in the Indian press were just that, a cocktail of urban myths, confirmation bias and the placebo effect. Accounts like this, for example

The entire saga started on April 11 when my wife and daughter reported throat pain and fever … by evening, I was running 102.5 fever and my doctor started the entire family on Doxy + Ivermectin + vitamins + blood thinners, assuming all of us were infected …

I was also keen to hear Dr Gunja’s thoughts on the current situation in Israel, where some 80 per cent of the population was vaccinated early on and infection rates dropped. Infections have since soared, however, leading authorities to rule that two vaccinations are not enough and only after a third booster can a person be considered adequately protected. As Dr Gunja was urging vaccinations as the only path to post-COVID normality, what would he recommend should Australia see the same dip-and-rise as Israel?

Alas it was not to be. Dr Gunja had departed by that stage and I managed to utter no more than a few words of my India question to the show’s hostess, Dee Dee  Dunleavy, before I was cut off. Listeners would not have known as much as Ms Dunleavy proceeded to win an argument with a dead phone line. I would refer readers to the podcast of her show, but the audio has been bowdlerised (and not very well) leaving only a few truncated words from me and very little of Ms Dunleavy’s incoherent parroting of half-absorbed talking points. Amusingly, her acquaintance with the facts was such that ivermectin in her rendering became “invermectin”.

Later in her three hour show, Ms Dunleavy enjoyed the company of former Herald Sun gossip columnist Luke Dennehy, who insisted that antilockdown protesters deserve whatever violence and plastic bullets Victoria Police care to dish out, and also that they wave Nazi flags! Unlike my call, Dennehy’s imagined sighting of blitzkreigers on Bourke Street remains part of the audio record.

Why do I bother passing on any of this? Simple, really. As as a born optimist it is painful to think those likewise afflicted might call 3AW in hope of honest, rational, open conversation and find only censorship. There’s always the ABC to fill the void and, bad and biased as is the national broadcaster, you might find it preferable to a radio station that bills itself as the station where “you can talk and share what matters most” while permitting only one-sided conversations.

Full disclosure: Well before Nine took charge of 3AW, I made irregular appearances as the fill-in for John-Michael Howson in Sunday morning’s biff session with leftist Nick McCallum. Last weekend, 3AW having gone woke, McCallum was paired with Melbourne’s deputy mayor Nicholas Reece, familiar to Sky viewers as the go-to guy for every left talking point.