Dorset Diversions: England as Once it Was 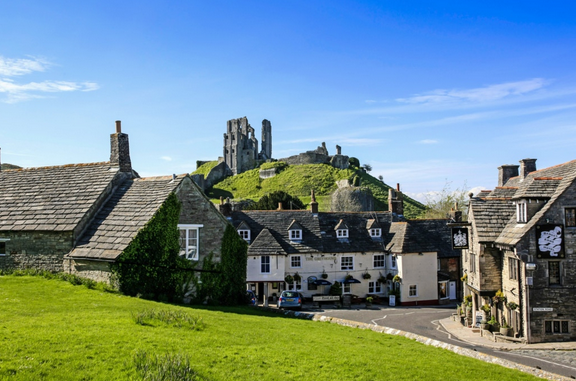 All those conservatives out there revelling in Labor’s well-deserved election loss ought not to get too triumphant.  Sure, Team Shorten had moved so far left that those of us immensely dissatisfied with the Libs were more or less driven to supporting them (for me it was by preferencing them third last, only above Labor and the Greens).  But that result, you’ll recall, was driven almost wholly by Queensland which delivered some 40 percent of Coalition House MPs yet received only some 20 percent of Cabinet spots – and in which the LNP ran a much more muscular type campaign than in Victoria and NSW.  Take Queensland out of the equation and Shorten and Labor, as left-leaning as they were, would have won and would have won handily.  Similarly, the nature of the Morrison cabinet screams ‘Turnbull lite’ more than anything else.  Some in the ministry make wet rags look like vertebrates.

Then there’s Mr. Morrison’s post-election response to the Israel Folau fiasco.  As a good friend mentioned to me, all the PM had to say was ‘people have the right to quote the Bible, the world’s biggest selling book of all time’.  Instead, Morrison replied by claiming that the scandal ‘had enough air already’.  What an ill-tuned cymbal of a response!  Of course it was a response wholly in keeping with the earlier incarnation of Scott Morrison when the 18C ‘hate speech’ laws were front and centre and many of those of us on the right wanted them repealed.  Morrison, or such is my memory, claimed these sort of free speech issues were a third order issue.  Meanwhile keep an eye on who gets the Sinodinos casual vacancy in the Senate.  If it’s not Jim Molan than we will have yet more proof that Morrison is in hock to the Black Hand wing of the party.

Still, had Shorten won things would have been a lot, lot worse.  So there is that.  And so in keeping with that muted sort of optimism let me take you on a diversionary little trip.  You see my wife’s and my half year in London has come to an end.  We now move to the US where I’ll be a Visiting Law Professor at a US law school.  To mark the end of a fantastic half year in the Big Smoke that is London we took a few days down in Dorset.  ‘Where?’, you ask.  It’s the southwestern English county that comes third as you start in Cornwall and move east.  Cornwall, Devon, then Dorset, with Somerset sitting right on top of it.

Dorset came very highly recommended by English friends so we took a punt.  And it was terrific.  For all who’ve had an education that included a proper set of English literature books (so no one under 30, alas), this is Thomas Hardy country.  It’s beautiful.  We saw his childhood cottage; we wandered around Dorchester (aka Casterbridge); we loved the driving around twisting, narrow, often single lane hedgerows. The pubs were superb.  And then there was Lyme Regis.  This is the setting for Jane Austen’s Persuasion (recent uni and school graduates, ask your parents who she was).  It is also the home of John Fowles and much of his French Lieutenant’s Woman.  If you make it to Lyme Regis (pop. circa 2,000 in the winter and 15,000 to 20,000 in the summer) you can wander out on to ‘the Cobb’, the man-made half-moon harbour wall where Meryl Streep was to be found in the movie version of the book.

This is also the English coastline that is known as ‘the Jurassic Coast’ with all sorts dinosaur fossils discovered there, including some pre-Jurassic finds going back over 250 million years.  We did a few of the walks along that coast and they are world class.  And that’s without mentioning the magnificent pubs positioned on that coast every seven or eight miles.  Loved it.  As you walk it you can think of Mary Anning, early nineteenth century fossil collector, dealer and a sort of pioneering palaeontologist.  Let me just say that this is one of the most pleasant counties in England.

You will have noticed that in that whole description of Dorset I avoided mentioning anything to do with Brexit.  In London there is a high probability — high to very high — that the random person you pass on the street will be a Remainer fanatic prepared to give up half his or her annual salary to remain part of the anti-democratic European Union.  Indeed only London and Scotland voted ‘Remain’ in the 2016 referendum.  You can imagine, then, the wonderful relief of finding oneself in Dorset where just about everyone is a Brexiteer.

After half a year I have developed antennae of sufficient trustworthiness that I can predict someone’s Brexit position with about 90 per cent accuracy.  I told my wife that, and then started guessing, followed by asking those I observed to validate my prognosticating powers and passed easily. In London it’s a bit of a cheat, as the person wearing the rainbow shirt, with the vegan platter of food, the ‘world is being killed by people’ sticker and the government job is not all that difficult to pigeon-hole.  But Dorset was a sort of political-spiritual home for a Brexiteer like me.  ‘We want to make our own laws.’  ‘We don’t care if there’s a short-term economic cost.’  ‘If the finance industry in London suffers, well that’s just too bad.  It’s time for the non-London parts of England to get some attention.’  ‘The political elite are anti-democratic and are trying to ram their own views down our throats.’

It went on and on, and it was put much more politely than I would have done, as my half year in London has made me half-disgusted with the elites of the political and business class.  They ooze contempt for what they think of and call (because they wrongly assume that a law professor like me is a fellow traveller) ‘deplorables’ and ‘the uneducated’ and ‘self-interested’ and even ‘racists’.  Apparently the test is – do you agree with me, because if not you’re a racist.  This is the strategy of today’s anti-democratic elite.  Worse, these types don’t even recognise their own hypocrisy.  I can’t tell you how many university types getting big EU grants (and worried sick that Brexit will end that largesse) describe those who voted ‘Leave’ as self-interested.  It would be laughable if one were allowed to laugh at anything in these PC days.

So here’s a recommendation for anyone visiting Britain.  If you have time, take a trip to Dorset.  It’s good for one’s sanity and one’s view of his or her fellow man.

Counting down the election from half a world away