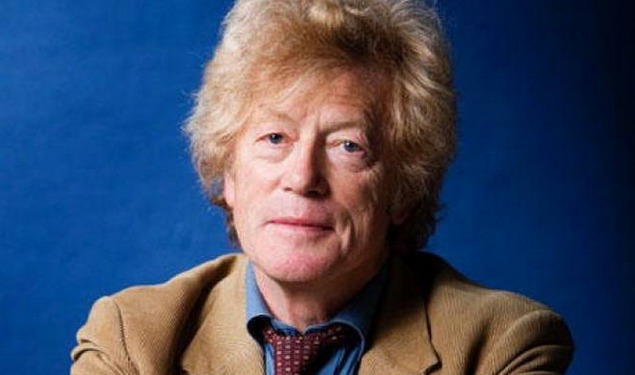 The first time I took note of Roger Scruton was during the Margaret Thatcher years. It was between my Marxist youth and my un-Marxist adulthood. Scruton, the UK’s most prominent conservative philosopher at the time, sounded, to my ears, as if he were damning with faint praise the economic policies, monetarism, privatisation and so forth, of Thatcherism. I did not, at first, get it. What with this other kind of conservatism?

Scruton was not, obviously, in favour of socialism, freely acknowledging then, as he would go on to do throughout the years, that a private company is more likely to get the job done properly and efficiently than a state-operated one. It was just that Thatcher’s economic liberalism could not address the growing internal challenges to our civilisation. The most glaring example of this was the case of Ray Honeyford, the head teacher of a school in Bradford, who wrote an article in a 1984 edition of Salisbury Review arguing against the tenets of “multicultural” education, and then found himself in a world of hate. Forty years later, Roger Scruton would recall the courage and prescience of Ray Honeyford, who had died in 2012.

It is obvious, if you read the two articles linked above, that the ground rules for the Uncivil War, or the Great Bohemian Cultural Revolution — the Suicide of the West, if you prefer — were in play at the very same time the Thatcher Revolution appeared unstoppable. The Victor of the Falklands could, in 1984, take satisfaction from a burgeoning British economy and the imminent defeat of union adventurism: “We had to fight the enemy without in the Falklands. We always have to be aware of the enemy within.” Prime Minister Thatcher would go on to survive a counter-attack by the Irish Republican Army, later that year, in the form of the Brighton Hotel Bombing. Tony Blair’s Labour government would later reap the reward of Margaret Thatcher’s unyielding resolve against Irish terrorism.

And yet a modern-day version of Leftist despotism was hiding in plain sight during the Thatcher Revolution. Today it continues to threaten us with the blunt instrument of PC orthodoxy while stealthily indoctrinating our young with “progressive values”. Roy Honeyford had a job surviving with mental health intact the maelstrom of inverted bigotry. Have things improved since then?

Roger Scruton remained as editor of the Salisbury Review, but it did nothing for his career in the academy. The publication in1985 of Thinkers of the New Left, a fierce critique of high-profile progressive intellectuals, damaged his prospects for advancement as a university-based philosopher even more. The fact that he re-worked the book and published it as Fools, Frauds and Firebrands: Thinkers of the New Left (2015) without any great controversy suggested that he eventually managed, in his own intellectual way, to create a place amongst the professoriate for a brilliant, insightful, polite, calm, rarely-given-to-hyperbole conservative philosopher. For instance, we can see the Marxist academic Terry Eagleton politely, humorously and intelligently debating Roger Scruton (below) in front of a rapt audience back in 2012. Why is there not more of this respectful engagement between two thinkers, rather than the usual combative and cringeworthy fare we are dished up by the ABC, the commercial stations and the cable networks?

Roger Scruton was still fighting the good fight in his mid-seventies, as Quadrant Online noted in February 2018 with “Roger Scruton and Enlightened Patriotism”. It concerned Scruton’s contribution to the Paris Statement – A Europe We Can Believe In, a manifesto calling for the re-emergence of a “Real Europe”, based on Christian principles, parliamentary democracy and the sovereignty of the nation-state. It shows Sir Roger, knighted in 2016 for his “services to philosophy, teaching and public education”, in robust form: “Sunk in prejudice, superstition and ignorance, and blinded by vain, self-congratulating visions of a utopian future, the false Europe reflexively stifles dissent. This is done, of course, in the name of freedom and tolerance. The false Europe is utopian and tyrannical” Take that, Remainers!

Naturally, the progressive activists of the United Kingdom could not allow Sir Roger’s audacity to go unanswered. The redoubtable Douglas Murray recounts in this fine essay, “The Scruton tapes: an anatomy of a modern hit job”, how the Liars of the Left – in this case The New Statesman’s George Eaton – tricked mainstream newspapers and even influential members of the Conservative government into sacking Sir Roger from Building Better, Building Beautiful, government advisory board.

Eaton entirely mischaracterised an interview with an ailing Sir Roger – and then posted a photograph of himself drinking from a bottle of champagne and a triumphant message about the joy of ruining the reputation of the “right-wing racist and homophobe Roger Scruton”. Murray, to his eternal credit, acquired a copy of the actual interview which totally exonerated Sir Roger. Although the editor later apologised to Sir Roger, more on a technicality than anything else, George Eaton is still working at The New Statesman, something to give us pause every time every we spy a copy of it lurking malevolently the newsagency. Sir Roger was eventually re-appointed to the advisory board in July 2019, at around the same time he was diagnosed with inoperable cancer.

None of this can, or ever will, detract from the fact the work of Roger Scruton has changed my way of thinking in the most positive way. My favourite book remains – though I am open to persuasion – The Uses of Pessimism: And the Dangers of False Hope, which came out in 2010 and I reviewed for the April 2011 edition of Quadrant magazine. What that book did, for me at any rate, was to connect the two hitherto incongruous strands of tradition and freedom: I have not looked back since. The conservatism of The Uses of Pessimism, which I tagged at the time as High Toryism for Common People, is the freedom of self-determining individuals to make their way in our Western society according to their own consciences. This rather sophisticated arrangement will only endure if we retain our civilisational principles against the hysteria, fear, irrationality, dogma, lies, fallacies, self-delusion and group-think of latter-day ideologues.

Progressives, with their “passionate intensity”, are not progressive but pre-civilisational in their retro-tribalism. That, I should like to think at this sad moment, is how Sir Roger wryly regarded the oafish comportment of The New Statesman and George Eaton – a generous dollop of high Toryism for common people.

Daryl McCann has a blog at http://darylmccann.blogspot.com.au and tweets at @dosakamccann

The Conservatism of Roger Scruton

‘Master is gone; the Apprentice forlorn’