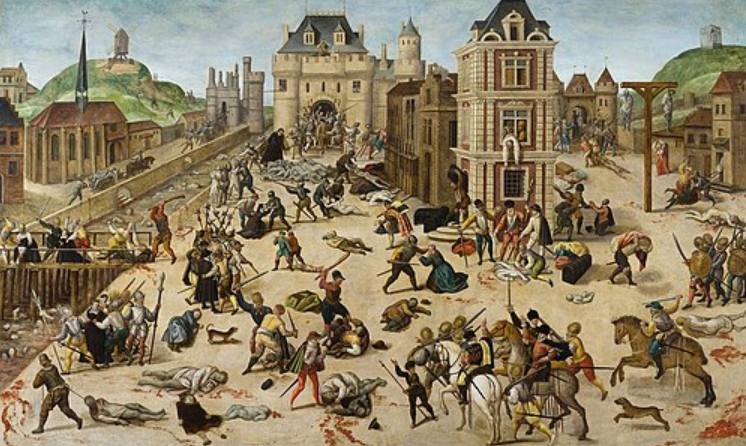 Politics becomes wretched when the ideas in circulation turn bad, and ideas degenerate when the rhetoric is rotten. The words are everything. They are the lungs of politics and the foundation upon which parties, factions, fiefdoms and scholarship of all uniforms is built. Regrettably, the poverty of our political discourse is such that it has divided us to the point of conquering us. It would have taken those with the powers of prophesy to predict that the leaders of the Free World – the US – would be ravaged by large-scale civil unrest in 2020. With November’s US presidential election looming it is impossible to envisage a scenario – regardless of the result – where the looting, violence and diabolical dialogue is ameliorated one iota. The discourse is sick with no vaccine being developed and, problematically, this illness has multiple causes.

At some point in the not too distant past, a fissure opened up, irreversibly separating the warring blocs and creating the perfect wasteland for bloody tribalism and rage without sage. The fissure grows wider as the months roll on and the opposing combatants shriek more and listen less.

Far below in the abyss of this political and cultural rupture dwell the everyday people of the world, just trying to get on with their lives. Bewildered and baffled, they stare up and watch the verbal punch-ups, trying to follow the shots being fired as though they were spectators of a tennis match to the death. Up above in the battleground, diplomacy and measured words are muddied corpses being squelched into the trenches by the boots of dogged partisanship and zero-sum tactics. Because this is a war, it is personal. Talk to either sides’ foot soldiers and you quickly see the fire in the belly and the survivalism in the eyes. Incensed, they don’t seek allies, but subordination. Utter and complete victory is the name of the game. Any suggestion of peace talks or compromise would sooner see an individual sacrificed as cannon fodder than moved up the ranks. The biggest casualty in this squalor is, of course, the truth and measured solutions to real problems.

When people have a greater interest in scoring points against one another, compared to getting to the core of a real issue, the whole charade becomes the embodiment of the unproductive. We see this scoring of points in puerile ad-hominem attacks and the excavation of an individual’s history and social media trail to tarnish their name and reputation. Interviewers tirelessly seek the ‘gotcha moment’ rather than allowing ideas to breathe and then grapple with them. Rigid partisanship also ensures that the combatants remain allergic to good ideas from the other side. Rarely do this war’s participants venture to the other side. They read the books and articles of their side and listen to the podcasts and talk shows that affirm their beliefs. Very little effort is made to understand what the enemy is fighting for and why. Long ago, it was decided that you do not fraternise with the enemy. You are virtuous and right; they are evil and wrong. That is what makes them the enemy. The fissure grows wider and the middle ground becomes darker and more distant.

In this war there is one striking feature that dictates the tactics and manoeuvres of each side. It is the barbed wire that entangles and strangles and halts any and all progress. It is our little friend, Political Correctness.  The American comedian George Carlin pithily said, “political correctness is fascism pretending to be manners”. The term ‘fascism’ is thrown around with monotonous regularity these days and has evolved to encompass many things that it is not. Misusing an ‘ism’ is an effective way to ensure that the key characteristics of that ‘ism’ are forgotten, to the point that some of the most passionate wielders are the guiltiest of its charge. Fascism, tyranny – whatever pejorative you want to use – has always meant, at least in part, the silencing of dissent, the quietening of intellectual diversity and the removal of vital nuance.

There is no mechanism that achieves those ends of muffling and muzzling civil  discourse more perniciously and effectively than political correctness. It has hospitalised our capacity to think freely and speak robustly. It has suffocated the voices of some very intelligent people and delivered oxygen to some very dangerous dullards. Political correctness is the tactic that allows opponents to be painted as reprehensible before they have even opened their mouths and, thus, be automatically discredited when their words do begin to flow. It is the force that hushes the free inquiry of a curious student in the classroom or lecture theatre, while providing the safe space that allows their teachers and professors to avoid debate. It is the righteous justification to dismiss competent employees, terminate long-term friendships and alienate free-thinking scholars. It has starved our discourse to the point of emaciation and accelerated the fissure’s further cracking. It has drawn the lines in the sand and categorised people into either the unimpeachably good or irredeemably bad. This article began by emphasising that the words are everything, the precursors of fierce ideas and therefore sound politics. In a discourse where a misjudged wordcould be your last you can expect the ideas to lack vigour and the politics to be predictably poor.

Social media is the battleground where the most brutish and bloody fighting is done. It’s messy, hand-to-hand, fixed-bayonette scrapping in the tunnels and trenches. Relishing the considerable benefits of anonymity, the combatants quickly forget the meaning of civility and decency. This ugliness is only accentuated by the very nature of social media in that face-to-face interaction is avoided. Imagine your daily interactions with your family, friends and work colleagues. How very many of those would be improved and how much conflict averted if more of those presentations of mutually opposed views, particularly on stressful topics, were conducted in person rather than text or email? For all the benefits provided by instantaneous communication it is difficult to ignore the glaring deficiency in its ability to mis-convey an author’s meaning. If the dialogue was poor to begin with it becomes poverty-stricken.

The dingy backwaters of social media is where the fringe-dwellers and rogue soldiers gather support and plot their own forays and conquests. The comment threads of YouTube and Facebook will quickly turn any optimist into a cynic as they watch the anger and indignation come frothing to the fore. The media improves little the more formalised it is. The mainstream media is the sordid tycoon monetizing the war and fanning the flames to line pockets. Journalistic integrity is but another casualty as the media misreports, misrepresents and misconstrues the discourse to make it as profitable as possible. Long gone are the days when news outlets reported the news as fact, unalloyed and free of a political slant or agenda. When the people deciding what we hear and read care more about  their side’s agenda than properly diagnosing issues and bettering the world, the wounded discourse receives another jab to the guts.

Down below the uninspired spectators await with bated breath for the next theatre of war to open up. They don’t know who to believe, let alone with whom to side. They are tired of the pain, the waste and decay, but most of all they are tired of the futility of it all. The echoes of the hysterical shrieking reach them, but they just don’t care anymore.

The Simple, Sacred and Inviolate Right to Protest