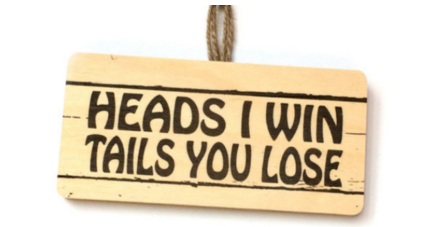 An article in The Australian, “Amended religious freedom bill ‘deeply flawed’”, reports the Law Council of Australia president, Arthur Moses SC, is highly critical of the second exposure draft of the Religious Discrimination Bill (RDB2). The planned legislation is an attempt to honour promises by the Turnbull government, which undefined marriage without building in the necessary protections for those whose deeply held convictions were suddenly at conflict with the official, novel beliefs about wedlock. That failure resides in a legal environment where activists of the radical fringe have increasingly sought to weaponise anti-discrimination tribunals against those who dare to disagree.

The important question is whether it is in the best interests of all Australians and harmony in Australian society,” Mr Moses said. “It remains a deeply flawed piece of legislation. Our strength as a nation is our belief in the rights and freedoms of all Australians. Laws which favour one right over another, as the proposed religious discrimination bill does, weaken the rights of everybody, and should be a major concern for all Australians.

Mr Moses’ opinion is not a legal opinion, but a political one. He is not criticising the mechanics or engineering of the legislation, but the intended purpose and effect of that which the government promised in the election campaign. Couching his criticism in vague motherhood statements no one can disagree with, he asserts the RDB2 will damage social harmony and natural law freedoms. Those professed concerns rather neatly overlook that such such problems already exist — problems which, in my view, demand urgent intervention.

“Prioritising the freedom of religious expression over other human rights, such as protections against discrimination based on gender, race, disability, age or sexual orientation, is difficult to justify in modern Australia,” Mr Moses said.

What Mr Moses demonstrates with this analysis is that the law already favours “one right over another”: that of minority groups (such as people who choose to identify as LGBTIQAX+) to be free from hurt feelings over the natural law right to hold, express and live by sincerely held religious beliefs that are suddenly cancelled by the State.

It is a fact of life that some rights need to be held in tension. If discrimination is always bad, the Law Council and Mr Moses really should mount a crusade against the ‘evils’ of girls’ schools and women’s hospitals, gyms and legal services, especially where any public funding is involved. But discrimination is not always bad, especially where there is no objective harm and the excluded person suffers little more than the inconvenience of hurt feelings. The right to freedom from discrimination must be held in tension with the right to freedom of association, even if one doesn’t approve of the reasons for associating. Because of my religious and political beliefs I would be naturally excluded from employment in most trade unions and left-of-centre political parties, regardless of my qualifications and ability to do the job.

This is right and good because it protects those bodies’ freedom to advocate for ideas I reject, plus their freedom to associate with those congruent of their positions. It is good they can exclude me specifically because I do not support their ideas. Their freedom of political expression is already favoured over my “human rights, such as protections against discrimination.”

The problem is there is no managed tension between freedom of religion and freedom from discrimination (including subjectively hurt feelings). Harmony is at best illusory, if not shattered entirely, by the artificial dominance of “one right over another” impeding the natural right to religious freedom. Thanks to Israel Folau’s confidential out-of-court settlement we have been denied a definitive ruling by the High Court on the right of an employer, Rugby Australia in this instance, to enforce a code of conduct which prohibits employees expressing sincerely held beliefs in their own time.

Similarly, due to the complaint being withdrawn before a decision could be handed own, we can’t know if the the Tasmanian Anti-Discrimination Tribunal would have endorsed or rejected the right of that state’s Catholic Archbishop to teach what Catholics have always believed about marriage and sexuality.

What we do know is that punishment by process can be inflicted at will and completely at the taxpayer’s expense by fringe activists with publicly declared social and political agendas at no cost or risk to themselves.

Just one complaint accepted by an anti-discrimination tribunal will inflict untold emotional and legal expense to its target but absolutely nothing more to a person wishing to wield the current legal system as a cudgel against anyone daring to express a contrary but sincerely held religious belief. The average person cannot financially withstand such a process, but a part-time occupation in generating out of court and confidential settlements could be quite lucrative.

One serial litigant who has described himself as an “anti-discrimination campaigner and public interest litigant” has lodged hundreds of complaints making a mockery of both anti-discrimination laws and Mr Moses’s claims that we currently have harmony in Australian society, rights and freedoms for all Australians, and laws which don’t already favour one right over another.

My final criticism of Mr Moses’ political opinion, though more might be listed, is of this assertion. “Put simply, a person would be able to state views that would otherwise be considered unlawfully discriminatory but claim it as a statement of belief and be protected. They may say that women are ‘deficient in intelligence and religion’ but as a statement of belief this would be protected, given its origin in ¬religious texts.”

The first sentence states the obvious. That is the desired and necessary outcome, to which Mr Moses objects in a political sense. Need it be said that in a fair and just society, one tolerant of robust debate, the right to express statements of religious belief should not be subjected to approval by the entirely subjective yardstick of another’s feelings.

News flash: the Bible teaches that sinners go to hell. Objecting to holy scripture classifying homosexuality and other behaviours as sins with predictable consequences would make public Christianity effectively illegal by the subjective “feelings test” Mr Moses proposes. As it happens, this is the case currently, and a problem the RDB2 is attempting to solve.

(i) is of a religious belief held by a person (the first person); and

(ii) is made, in good faith, by written or spoken words by the first person; and

(iii) is of a belief that a person of the same religion as the first person could reasonably consider to be in accordance with the doctrines, tenets, beliefs or teachings of that religion…

Clause three is of utmost importance and should be of great comfort to a sincere advocate of social harmony and proponent of equally balanced rights for all Australians. In essence, we don’t get to make stuff up: if another person of the same religion couldn’t consider what was said or written to be consistent with their religion, it would not be protected.

And, of course, any objective harm or serious crime is not suddenly legalised by freedom of religion generally or this draft bill specifically.

In the next few months there will be much debate over this Bill with simplistic political opinions being forcefully put. It is vitally important that right thinking people become and remain engaged in this process to restore equality and balance of rights for all Australians, not just a vocal and litigous minority, to remove or reduce the abuses of our weaponised legal system and anti-discrimination frameworks. Do that and “the best interests of all Australians and harmony in Australian society” will be genuinely honoured.