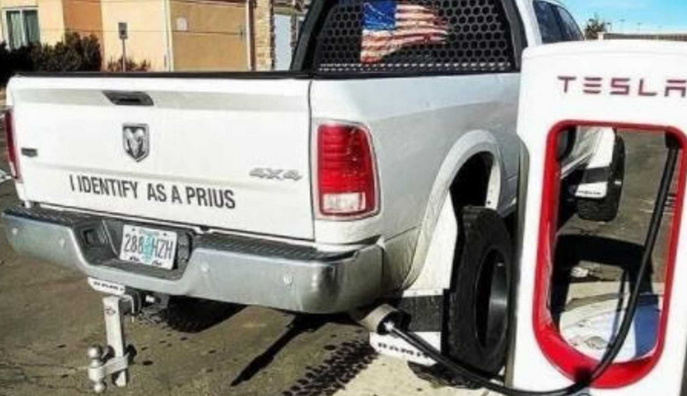 Pronouns are not everyone’s idea of a good time, and this is especially true of Bonnie Logan, a 23-year-old law student at Monash University. Last week, The Age drew its readers’ attention to the terrible hardship Logan has undergone while doing her pre-tutorial readings: repeated and unrelenting encounters with he and him.

Despite the fact that such pronouns are intended to be gender neutral, and such a reminder is helpfully included next to an asterisk, young Bonnie, a sensitive plant, has found it all too intolerable. To use her exact words, the whole experience with these masculine pronouns has been “deflating and disempowering.”

What, as Lenin wondered in similarly urgent circumstances, is to be done?

Logan’s answer is the replacement of that ghastly he with an ungrammatical they, and the means of this change is an immediate legislative amendment. A change.org petition, aimed at Victorian Attorney-General Jaclyn Symes, received sympathetic treatment in Wendy Tuohy’s newspaper article, where Logan banged on about the Sale of Land Act and the Victorian Crimes Bill, both of which commit pronoun sins. She also argued that should her campaign be successful, it would go some way to preventing “sexism, discrimination and gendered violence.” Big, as the kids say, if true.

However, such a fabulously stupid argument didn’t cause so much as a raised eyebrow from The Age‘s  Tuohy. Instead, she rounded up a lot of very serious people from Victoria’s useless bureaucracies to nod approvingly. I’m sure the reader will hardly gasp in astonishment when I reveal two other names backing Logan’s campaign: feminist windbag Jane Caro and journalistic abomination Louise Milligan.

My favourite detail in the story, however, offers a wry surprise: the legal requirement of gender neutrality that Logan so ardently desires was actually enacted in — let me just check my notes — 1985! What she has found so oppressively bothersome, the poor lamb, is having to read legal writings published before this date. The purpose of her whiny activism is to get all that earlier legislation edited so as to avoid having her feelings hurt.

Yes, I know: it’s tempting to write all this off as woke nonsense that hardly matters. After all, should Attorney-General Symes buckle and pass a bill, what’s the worst that could happen? One may feel some sympathy with the chappie tasked with editing out all those pesky pre-1985 pronouns, but there could be unintended benefits as well: perhaps the tantrums of Bonnie Logan would no longer be considered newsworthy, and she could retreat from the spotlight to do her torts readings in peace. Regrettably, I think such an outcome unlikely.

Logan correctly notes “the power of language”, but she errs in thinking that she and her co-thinkers are its victims rather than its practitioners. In recent gender-related squabbles, the preferred vocabulary of the woke finds soft and hard versions of enforcement, and there are a few methods that I’ll set out.

The first is simple repetition. You can shape reality to your unhinged worldview by simply uttering the latest orthodoxy enough times. If your pliant comrades can have it easily memorised — and tweeting it ten times is particularly effective, apparently — the language you use becomes the truth. A few examples come to mind: transwomen are women (actually, they’re biological blokes); of course, men can get pregnant (don’t be silly); and your genderqueer identify is real, beautiful, and must be respected (good grief).

Keep practicing and don’t give up. Soon enough, with any luck it’ll all become so natural that you’ll be referring to women by the much more inclusive term of “vulva-owners” as the authors and editors over at ABC Everyday have done on more than one occasion.

The next method, if you have a bit of institutional power, is to issue guidelines on what is acceptable language and what is now inappropriate to mention in civilised society. The academics at ANU’s Gender Institute, unashamed to be regarded by some as insane, clarified this to all university staff in its recently published Gender-Inclusive Handbook. Words like mother and father — very offensive to the non-cisheteronormative community, don’t you know? — should be replaced with gestational individual and non-birthing parent. After facing criticism, the Gender Institute hastened to add that its disfigurement of the language was merely a recommendation, and everyone should settle down.

Of course, such recommendations soon look very much like demands. If you work in that institution and you don’t tag along, well, soon enough, everyone will know. It’s the same with the latest practice of your People and Culture Team, quick to remind all employees they can add their preferred pronouns to their workplace email signature, you know, so we know you’re inclusive. Of course, yes, this is optional, for the time being. But do you really want to be the non-conformist? Safer to shut up, keep your head down, and go along with the madness.

The final method — and this brings us back to Bonnie Logan — is the law. It’s easy to dismiss her legislative demands as trivial or risible. It’s also easy to imagine harsher and woker laws coming into effect. Speaker Nancy Pelosi, in one of the first acts of the new Congressional session, moved to excise from the House lexicon gendered words like mother and son and sister. In Canada and Britain there is always sinister talk about making misgendering a hate crime, and it is disturbingly common for police to dedicate their time and resources to knocking on doors of allegedly transphobic tweeters. If you think Australia can manage to escape such legal lunacy, you’re simply deluded. As demonstrated by the institutional and media cheerleading Bonnie Logan has already received, I’d say much worse things are still to come.

Anyhow, we mustn’t let all that get us down. Shake off any gloomy thoughts that Ms Logan, according to her Twitter bio, is in her final year as an inmate at Monash University, and will soon be free to kick off more asinine campaigns on a pusillanimous Victoria.

Remember that such woke types, by nature, suffer from a kind of allergy to cheerfulness, as there is always the next project, the next cause, and the work can never really be done. We should inflict political disappointments on them with a smile, and it’s easy to get started: next time you’re met with an unreasonable request to mind your language, impolitely decline.

21 thoughts on “Minding Your Language at Monash”

The Woke Erasure of all That’s Good About the West