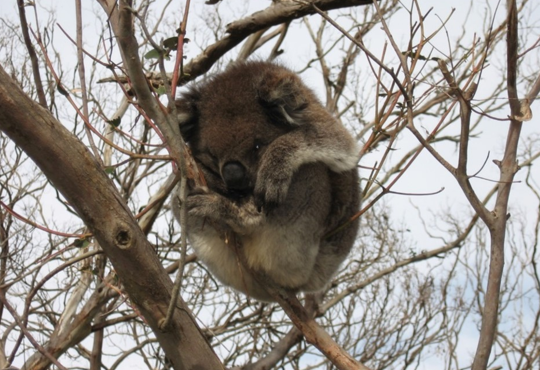 Green member of NSW’s Legislative Council Sue Higginson has publicised an extremely disturbing truth in Australian Rural and Regional News: “All levels of government agree that our koalas have declined and are facing extinction”. This says more about the success of the multimillion-dollar, multinational Koala Industry than the consequences of scrapping our sustainable timber industry, which Higginson wants to burn on the altar of green ideology.

In answering some questions from Editor Fiona Fox, the environmental lawyer cited one of my media articles, claiming that I suggest “all is well for our koalas”. Nothing could be further from the truth. My article emphasised that koalas, along with countless millions of other animals, were incinerated as a result of the Lock It Up and Let It Burn ‘conservation’ paradigm promoted by all levels of government and The Greens.

The editor declined to publish my response saying that my ‘tone’ would see the end of “balanced discussion”. I tried to point out that there are many more koalas than there were when Europeans arrived in Australia; further, that they are overcrowded and consequently suffering disease. Growing numbers are pushing into the valleys and plains originally sought by pastoralists and now subject to urban expansion. So dog attacks and vehicle injuries are increasing.

Higginson falsely claimed “all independent peer-reviewed and published evidence shows that koalas are in precipitous decline”. In fact, the CSIRO published, in their scientific journal – Wildlife Research, my peer-reviewed Ecological History of the Koala and Implications for Management. This independent scientific review identifies 14 examples throughout their range where koalas have irrupted during recent decades. These include areas where they did not occur naturally as well as new plantings for amenity or timber.

My scientific review also identified that 15 koala experts advising government policy and regulations claimed to have used “A quantitative, scientific method for deriving estimates of koala populations and trends … in the absence of empirical data on abundances.” This was the Delphi Process, named after the famous oracles, whom the experts apparently value as role models. These experts effectively boasted in a scientific journal that they made up the numbers which have been used to justify listing koalas as an endangered species.

Dr. Brad Law was not one of their number. He has published empirical data on trends. Law says that

koala site occupancy has been stable in north-east NSW, which is not the same as koala numbers … we clearly found a large reduction in numbers [on sites] where moderate to high severity fire dominated.

Higginson challenges the credibility of Law’s data, implying that he’s a supporter of the “extractive timber industry”. But objective examination of Law’s site-specific data, published in three separate scientific papers, reveals that koala numbers and site occupancy actually increased as irruptions continued in prime, lower altitude habitats, despite “a large reduction in numbers” on some sites burnt by the Black Summer megafires.

The irruptions in prime habitat were obscured in the regional data. Dr. Law reported

Law, nevertheless, parrots Koala industry claims that “habitat clearing, cars and roads, dogs, disease and fire are demonstrated, well-known threats to the koala”. In fact, koala populations and their habitat are expanding with our Lock It Up and Let It Burn ‘conservation’ policies. That’s why they’ve turned up in an Adelaide supermarket, on oyster bags in Wapengo Lake and on a fertilizer truck at Gunnedah. They’re evolved to seek out digestible protein in an environment where it’s naturally scarce. Hence, they have strong limbs, big noses and long guts.

Dr. Law was noted as an advisor to the Threatened Species Scientific Committee which recommended the listing of northern koalas as an endangered species. Consequently, some of the koalas in an irrupting sub-population on the NSW-VIC border are officially endangered one day and officially OK the next, as they move around their home ranges. But NSW National Parks and Wildlife Service created a model in 2014, allowing them to declare these koalas near Eden extinct. I tabled a photograph of one of these ‘extinct’ animals at NSW Koala Inquiry to illustrate the explosive three-dimensionally continuous fuel in its dense scrubby habitat. They weren’t interested in seeing pictures of the same site after the holocaust.

All the ‘well-known threats’ listed by Law are animal welfare issues which could be solved by reinstating healthy and safe forests with low densities of koalas. There would be increased numbers of the truly endangered species which rely on diverse open grassy forest. The Koala Industry is the problem not the solution.

Ms. Higginson’s preferred Koala Industry spokesman is Dr. Stephen Phillips, who seems to specialise in counting koala faecal pellets. These laborious surveys provide negligible ecological information and certainly cannot provide credible population estimates. They were used together with the NPWS model, to ‘save’ supposedly the last few koalas hanging on in a ‘climate refuge’ at Eden. Law’s acoustic surveys revealed even higher occupancy here than in the irrupting north coast population.

You’d think this good news would make Law more popular in Higginson’s camp. However, according to The Greens member, Dr. Phillips says that koalas have declined in all state forests — the Koala Industry relies on those false claims of declining numbers. But Law cannot make such claims because his empirical data show the opposite. Law is compelled to say that logging currently has no impact on koala populations because, funded by Natural Resources Commission, he’s gathered data which place this beyond doubt.

Dr. Law is well-aware of equally sound empirical data from thirty years ago, showing that koalas were concentrated in dense young regrowth from intensive logging and in plantations and has cited this work in his own publications. There were three times as many koalas as in unlogged forests. Since then, koalas have increased in unlogged forests because Lock It Up and Let It Burn promotes chronic eucalypt decline and megafires. Declining eucalypts continually resprout soft, juicy and nutritious young foliage. Scorched eucalypt forests produce massive flushes of koala food.

Ms. Higginson says Phillips’ research shows that koalas are using 100% of trees of preferred food species. But koalas in healthy mature forests live solitary lives in home ranges of around 100 hectares containing many thousands of trees. In 2005, NSW Premier Bob Carr ‘saved’ the biggest koala ‘colony’ in the Murray-Darling Basin by locking up a quarter of a million hectares of The Pilliga. We saw how well that worked as the Millennium Drought intensified. The unsustainably dense sub-population crashed by about 80%.

Black Summer proved beyond doubt that dirty, explosive scrub, koala plagues and megafires go hand in hand. This was already obvious from the Strzelecki Ranges, where Victoria’s supposedly last natural population is still unnaturally dense after 20 megafires in 200 years, including Black Thursday in 1851, Red Tuesday in 1898, Black Friday in 1939 and Black Saturday in 2009.

The idea that koalas will be extinct by 2050 unless we lock up more country is nonsense.

You waste, we pay