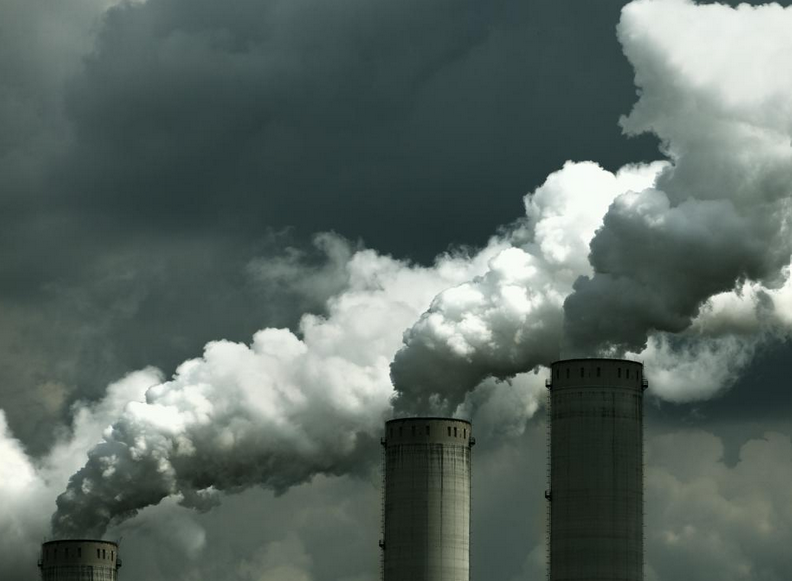 The putative aim of the Paris Agreement is to halt human-induced global warming to 2C, preferably 1.5C, above pre-industrial levels.  Despite the world’s lemmings leaders all outdoing each other to impoverish their own nations (with one or two obvious exceptions), in the view of the legions of ‘concerned citizens’ and activists it is nowhere enough.  They never tell us, though, how much reduction is actually needed.  Their mantras range from ‘we have to do more’ to ‘we must eliminate fossil fuels now, if not sooner’.

I have written a number of times on the subject of ‘carbon budgets’. That term refers to the amount of CO2 the world can emit in total if we are to limit global warming to either 1.5C or 2C. Here is the carbon budget that appeared in the latest IPCC Report:

I discuss the implications of this here.  My conclusion is that there isn’t a snowflake’s chance in hell  of achieving the higher-probability scenarios (say 67% or 83%) and very little chance of even the 17% probability.  (Disclaimer:  I am not conceding that I accept any of this.  I am just playing devil’s advocate)

And my main point is that if the best we can achieve by sending ourselves back to the Dark Ages is a mere 17% probability of limiting warming to 1.5C, then why are we not devoting at least as much energy and resources to planning how we will cope in the event we fail?  Has Environment Minister Tanya Plibersek considered that those dam projects she so cavalierly abandoned might become essential, even life-saving, if we fail to completely eradicate droughts and flooding rains?

As an aside, Professor David Flint argues that politicians have been getting off scot-free for disastrous decisions that end up costing taxpayers a fortune.   He calls this ‘misfeasance in public office’ and asks why, for example, the minister who shut down the live cattle export industry to Indonesia, is allowed to enjoy his superannuation, rather than be held to account personally, while the rest of us pick up the enormous compensation bill. Plibersek’s decision would come under that logic in my view.

The reason I raise this issue yet again, is because at COP27, a new carbon budget has been released by an organisation called the Global Carbon Project.  The situation is now more problematic than it was when the IPCC 6th Report was issued.  The new budget has been reported by Zack Budryk at The Hill as follows:

The world can afford to emit greenhouse gases for about nine years at current levels to avert crossing the 1.5-degree warming threshold, according to an analysis released Friday.

The annual Global Carbon Budget, which analyzes the maximum emissions under which the world can stay on track to avert that point, projected that more than 380 billion tons of carbon dioxide emissions would cross the red line. This is roughly nine years under current emission levels.

What Budryk doesn’t tell you – in fact no-one does – is that that 380 GtCO2 offers only a 50% chance of limiting warming to 1.5C. That’s down from 500 GtCO2.  You can see the new projections on pages 18 and 19 here. No talk here of 87% probability.  Based on annual global emissions of 40 GtCO2, the 380 GtCO2 budget will be exhausted in nine years.  Since emissions are still rising, there is Buckley’s chance they will diminish at such a rate such that we will reach zero emissions before that 380 GtCO2 limit is breached.  Any target based on zero emissions by 2050 will see us overshoot the budget by a country mile.

But what are the consequences of warming?  The latest IPCC report Summary for Policymakers tells us:

At 2°C global warming and above, the level of confidence in and the magnitude of the change in droughts and heavy and mean precipitation increase compared to those at 1.5°C. Heavy precipitation and associated flooding events are projected to become more intense and frequent in the Pacific Islands and across many regions of North America and Europe (medium to high confidence). These changes are also seen in some regions in Australasia and Central and South America (medium confidence). Several regions in Africa, South America and Europe are projected to experience an increase in frequency and/or severity of agricultural and ecological droughts with medium to high confidence; increases are also projected in Australasia, Central and North America, and the Caribbean with medium confidence. A small number of regions in Africa, Australasia, Europe and North America are also projected to be affected by increases in hydrological droughts, and several regions are projected to be affected by increases or decreases in meteorological droughts, with more regions displaying an increase (medium confidence). Mean precipitation is projected to increase in all polar, northern European and northern North American regions, most Asian regions and two regions of South America (high confidence).

Overall, there’s not a lot of confidence in the above narrative, particularly for a science that is supposedly ‘settled’.  Doesn’t give me much confidence that the massive costs we are inflicting on ourselves are justified. The Report provides a comparison between 1.5C and 2C for four different metrics:

Extreme Temperature 10 year events:
At 1.5C, one in ten year extreme heat events will occur 4 times as often and be 1.9C hotter

At 2C, one in ten year extreme heat events will occur 5.6 times as often and be 2.6C hotter

Extreme temperature 50 year events:
At 1.5C, one in fifty year extreme heat events will occur 8.6 times as often and be 2C hotter

At 2C, one in fifty year extreme heat events will occur 13.9 times as often and be 2.7C hotter

Heavy precipitation over land:
At 1.5C, one in ten year extreme rainfall events will occur 1.5 times as often and be 10% wetter

At 2C, one in ten year extreme rainfall events will occur 1.7 times as often and be 14% wetter

Agricultural & ecological droughts in drying regions:
At 1.5C, one in ten year extreme drought events will occur 2 times as often and be 0.5sd drier

At 2C, one in ten year extreme drought events will occur 2.4 times as often and be 0.6sd drier

So, in summary, we have, at best, only medium confidence (call that 50%) that 1.5C warming will cause the damaging climate change effects cited.  And, even if we limited emissions to 380 GtCO2 – extremely unlikely to impossible – we have only a 50% chance we can limit warming to 1.5C.  This is supposition built upon conjecture built upon models. That is not odds I would bet my house on.  But that’s what we are doing.

I have written to Resources and Energy Minister Chris Bowen to ask him to explain how the Albanese government intends to manage the disconnect between the allowable IPCC carbon budget and emissions reductions achievable in the real world.  Given the difficulty I have had in getting any substantive response from Opposition MPs as to how they intend to put a stop to the proposed desecration of the Australian War Memorial – a development they ostensibly oppose – I have no expectation of hearing anything at all from Bowen — other than, of course, the fantasy that we should do all this anyway because ‘renewables are the cheapest form of energy’.  Even if that were true, it takes no account of the fact that there is virtually no chance we can achieve the putative 1.5C or 2C limit (again, remember I am playing Devil’s Advocate here).

Any responsible government would be considering an adaptation strategy – the explicit 50% probability factor alone demands it. Mothballing dam projects seems a very odd way to achieve this.

We are being governed by fools and knaves.  Bowen is certainly the former.  His refusal to even consider any alternatives or consequences suggests he is also a knave – at least in terms of misleading the public which he does rigorously and at every opportunity..

I would like to think that one day there will be a reckoning, but, like the Covid response, the culprits will mount the Daniel Andrews defence: we acted in good faith on the expert advice we received.

7 thoughts on “The Carbon-Budget Confidence Game”

How to Get Ahead as a Celebrity Scientist