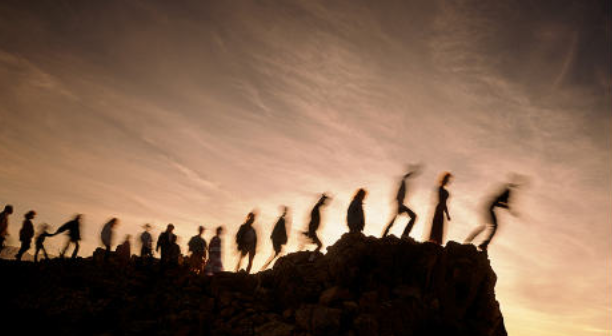 On the Kenny Report recently, fill-in host Chris Smith was railing against The Greens’ demand that we do much more to cut CO2 emissions by 2030.  He took the view that ‘doing all the heavy lifting’ this early in the march towards net zero by 2050 would irreparably damage our economy.  He’s right of course.

But his implicit assumption that if we achieve net zero by 2050 it will be mission accomplished is based on a fundamental misunderstanding of the so-called science.  The aim of all this pain is to limit global warming to 1.5C or, a worst-case scenario, 2C.

By their own lights, The Greens are right.  The IPCC science does not say net zero by 2050 will limit warming to 1.5C or even 2C.

The IPCC tells us in its latest report that limiting warming depends on limiting global emissions to specific carbon budgets.  It does not care about the timeframe. The table below,extracted from the latest IPPC report, details the probability of achieving a limit of either 1.5C or 2C depending upon which carbon budget (in GtCO2) is adopted.

If limiting warming to 1.5C is the aim, then surely our action should be directed towards working within these budgets, rather than arbitrary timeframes.  Well before 2050, on current trends, all those budgets will be exceeded. On current trends, China alone will emit 128 GTtCO2 by 2030 and 400 GtCO2 by 2050. In other words, there is a serious disconnect between the science as shown above and the time-frame-based strategy adopted by this, and indeed all, governments.  ‘Net zero’ is not an end in itself.  It is nothing more than a marketing slogan.

So if you believe ‘the science’, as Albanese and Bowen claim to do, then they are not acting in accordance with it.  If catastrophic climate change is a real threat, then the trillions of dollars we are spending trying to stop it are already wasted and would be better spent preparing to adapt to it.  Building more dams for instance.

I have beaten this drum before, and I will continue to do so because the Australian people are being misled by the suggestion that achieving net zero by 2050 will limit warming to 1.5C.   You might argue that this is a counter-productive move.  That it will only reinforce the Greens’ position.  And you might be right.  But we should not resile from the facts.

The best way for conservatives to fight this battle would have been to push back against the CAGW scam years ago, but that ship has already sailed, and Morrison’s craven theatrics in Glasgow last year gave it a wet sail.

So, the argument must be fought on adaptation.  At some point, probably in the near future, the energy chickens will come home to roost, and will provide a more fertile ground upon which that argument can be based.  As Adam Creighton reports in The Australian:

Only 1 per cent of American voters said climate change was their number one issue, according to the most recent national poll from The New York Times, far behind worries about inflation, abortion and gun crime, which have each received months of media coverage. Among young voters, aged under 30, 3 per cent said it was.

How long before that sentiment crosses the Pacific?

This may seem like clutching at straws, but how many centre- and right-oriented voters who accepted what they were told about the ‘science’, believed the hype about renewables and voted in the interest of the planet, might be susceptible to a new pragmatic argument when they discover they have been seriously duped?

False notes and the Suzuki Method