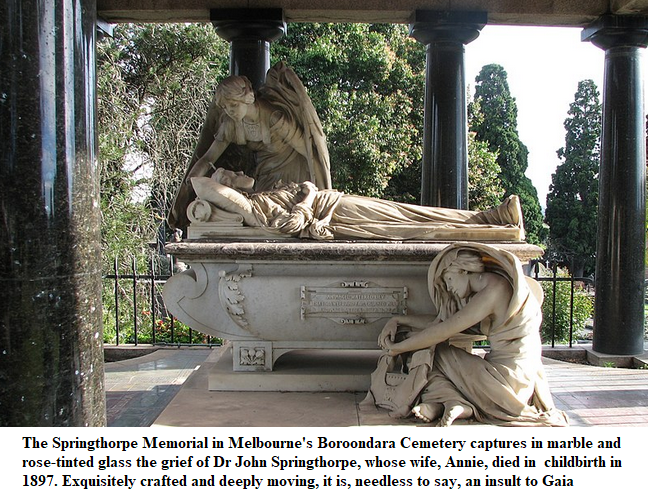 I’ve been preening for years since I donated my body to Melbourne University anatomy students. What a fine citizen I am! You can picture the students crowding around, with me as the centre of attention:

Student Mary-Lou: “Such remarkably flat feet. I do look forward to dissecting them.”

But five academics at the University of Technology Sydney (UTS) have pricked my bubble of virtue. Their research at the UTS Institute for Sustainable Futures (ISF) shows my corporeal donation is a threat to the planet via climate-changing CO2 emissions. I might only generate half a tonne post-life, compared with, say, China’s 12 billion annual tonnes.[1] But as a world citizen I should “tackle” (I love that word) climate change to preserve the planet and civilisation. According to the Climate Council’s Professor Will Steffen, our excess emissions threaten even homo sapiens per se.[2]

Ever constructive, the UTS Five offer a planet-friendlier option than my body donation — I should turn myself into high-quality compost. Climate-friendly human compost is already legal in Washington State, Colorado and Oregon, priced at about $US7000 per person.

To sketch the background, a chorus of every UTS academic, student and staffer believes 100 per cent in the heat-exaggerating forecasts of climate scientists’ models. It’s doom for everybody without zero net emissions by 2030, 2035 or 2050 (take your pick).

Our society faces a climate emergency. UTS believes climate change requires urgent and transformative action. Inspired by the 2019 Global Climate Strike, UTS signed a climate declaration, pledging to take greater climate action. UTS aims to commit more resources to climate change research and skills creation, increase (sic) sustainability education across our curriculum, campus and community programs. By continuing to bring communities, industry and government together to debate the contested themes around the climate emergency [but no skeptic themes welcome] , we can argue the need for a climate consensus; and work towards carbon neutrality on campus.

Coal miners’ losing their jobs? UTS has that covered. As a research director Chris Briggs puts it,

I do sometimes wonder if well-paid and productive coal, gas and oil workers actually want to be transitioned by UTS into jobs like collecting the dead wedgetails under bird-mincing wind turbines and dusting off hectares of solar panels in the outback. 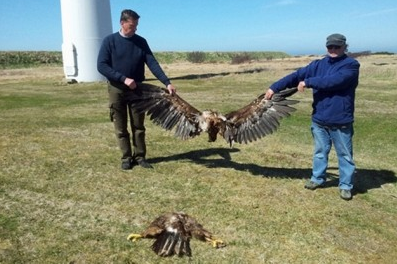 Anyway, the UTS Five, who long for carbon taxes (p83), have done a 100-page report to Cemeteries & Crematoria NSW which regulates the private operators. The report promotes environmental sustainability and aims “to spark conversations across the sector, and among consumers and families, and promote best practice sustainability by looking at what is currently occurring both globally and in Australia.”

From a sustainability perspective, evaluating donations of bodies to science is not straightforward. While prolonging the ‘useful’ life of the body, donation to science still holds sustainability implications. Firstly, the body is embalmed, usually using formalin, a toxic substance. Secondly, the body is kept in refrigeration for up to four years, with a resulting energy footprint relating to electricity use. Finally, at the cessation of its use in anatomy labs, the body is then cremated in a conventional cremator or buried—meaning that its overall environmental impact is generally not less than that of a body disposed of immediately after death—and may, in fact, be higher.

However, the ‘usefulness’ of the body to medical knowledge and education cannot be easily weighed in an assessment of environmental impact … [D]onation of bodies to science does not present a solution to environmental impacts, but presents a means by which individuals can feel that they will be ‘useful’ after death and can contribute to medical knowledge and education.

In its discussion of “emerging alternatives” the report foresees a small market in NSW for composting, although regulatory bans would first have to be lifted (p62).

The composting of human remains is a new innovation (sic) emerging in response to demand for gentler and more environmentally friendly options. The method emerges from the livestock industry, where composting has long been considered the best way to manage animal remains…

According to US studies it’s cheaper and less emissions-intense than burials and cremations.  The world leader in the human composting business is called Recompose, based near Seattle. Its 24 female and five male staff and advisers “approach this work with energy, tenacity, and joy” as they “use the principles of nature to transform our dead into soil.”

It took Recompose’s founder, the aptly-named Katrina Spade, a decade’s pioneering to start operations, in a light-industrial suburb and behind big roll-up warehouse doors. A visiting reporter called it

One immense object dominates the space, looking like an enormous fragment of white honeycomb. These are Recompose’s 10 “vessels,” each a hexagon enclosing a steel cylinder full of soil. One day in mid-January [2021], eight decedents were already inside eight vessels, undergoing the process of natural organic reduction (NOR) or, more colloquially, human composting.

Using the Recompose formula under the heading Healing the Climate, I’d be stacked inside a steel rotatable cylinder for 30 days with three cubic metres of alfalfa, woodchips and straw, and then taken out for several weeks further curing. As a final product I’d become one metre of “nutrient-rich soil amendment” and save the planet from 0.84 and 1.4 tonnes of CO2. As Recompose says,

Human compost can be used on trees, yards, house plants, and flower gardens, just like any other type of compost (such as compost created by food scraps or garden prunings).

Recompose charges $US7000 per composting, the same as the median US cost of cremation ($US6970) and a good discount to burial at $US7848. Ms Spade says, “We have transformed over 100 bodies into soil and have over 1000 Precompose members. That means we have already saved the emissions equivalent of 10 million miles driven, 480 homes powered for one year, or 450,000 gallons of gasoline.”

As for routine interments, the UTS Five give conventional styles a bad rap for hurting the climate. It laments the “significant emissions” from fossil-fuel-powered cremation – cremation is used for two-thirds of Australian disposals. The combustion is better created from solar or biogas-powered operation, they say.

“Many consumers hold a perception of cremation as ‘cleaner’ than other body disposal options—an interesting perception given cremation’s high energy consumption and resultant pollutant release … Each cremation emits around 160kg of carbon dioxide into the atmosphere (Potter, 2019) …  Adelaide Cemeteries Authority research indicates that the total greenhouse impact, taking into account electricity, transport and resources inputs as well as natural gas, of a single cremation is around 430kg of CO2 equivalent.” (p54).

The authors also give low climate marks to burials, unless in coffins made of seagrass, willow, bamboo, cork, wicker, cardboard or wool (p28). A standard burial involves 780kg or nearly a tonne of greenhouse emissions, they grumble.

They seem to like a US company offering $US1500 mushroom-suit shrouds for burials, made from organic cotton and a bio-mix of mushrooms. Another promising technology is cryomation, using liquid nitrogen to freeze the body to make it crystalline and brittle. It is then shattered into 1mm pieces through ultrasonic vibration, which turn into mulch when buried. “It is expected to have a significantly lower carbon footprint than conventional cremation, as it avoids the need for fossil fuel inputs, however studies on [cryomation’s] energy footprint do not appear to be available currently.” (p60). Their focus groups weren’t impressed by it.

Leaving no stone unturned in their research, the UTS people discovered a Swiss company, Algordanza, that will synthesise 500 grams of your ashes into a diamond, a pricey option taking half a year. “Given that the method involves conventional cremation, international transport of remains, high-tech treatment of synthesised remains and then return international transport, it is difficult to imagine that this method of memorialisation offers any environmental benefits over other methods,” the report concludes (p70).

I’m sure you think “Algordanza” is a play on Al Gore dancing, but it’s actually an old Swiss Rhaeto-Romanic word for “remembrance”. To my surprise I’ve found that Algordanza now has a specific Australian operation for the very well-heeled.

As you can now see, I have heaps of options if I cancel my personal donation to Melbourne University. I’m rather torn between composting and unleashing the “exceptional sparkling” of myself as a radiant-cut Al Gore diamond.

Editor’s note: More pictures of the Sculthorpe Memorial, featured atop this page, can be found here. Nothing, though, can rival a visit to the cemetery, especially on a sunny day, when the rose-tinted glass cupola floods the statuary with a warm and glowing light. The cemetery is located on High Street, Kew, and open from 8am until 5pm. Visitors might also pause immediately upon passing through the gates and glance to the right, where a very strange memorial to the Syme family, founders of The Age newspaper, combines a potpourri of occult and Theosophical symbols. All it lacks is the personal endorsement of Madame Blavatsky.

[2] Steffen: “The ultimate drivers of the Anthropocene if they continue unabated through this century, may well threaten the viability of contemporary civilization and perhaps even the future existence of Homo sapiens.”

[3] UTS’s 2018 annual report said UTS “reached our target of 30 per cent of our student load to be international students”, of whom “more than fifty per cent come from China” (p10).

[4] The Institute’s top “climate champion” was Professor Bob Carr, the NSW ex-premier who retired from the institute last month after three years’ celebrating the closures of cheap, reliable coal-fired electricity