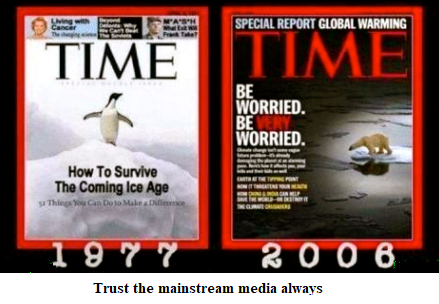 A draft final agreement from the Glasgow COP26 talkfest has been released but not yet agreed upon. We are told:

A draft of the Glasgow Agreement published on Wednesday includes language that says the world should be aiming to limit global warming to 1.5 degrees Celsius and acknowledges the role of fossil fuels in the climate crisis, a first for the annual Conference of the Parties on climate. If the draft is agreed in current form, it could pave the way for deeper emissions cuts by the end of next year.

The document is not final and COP26 delegates from nearly 200 countries will now negotiate the details over the next few days. Consensus from all nations is required.

Typically draft COP agreements are watered down in the final text, but there is also a chance that some elements could be strengthened, depending on how wrangling between countries pans out.

I’d say the odds of it being watered down are strong.  Here are some highlights:

Scientists say the world must limit global warming to 1.5 degrees Celsius above pre-industrial levels in order to avoid the climate crisis worsening and approaching a catastrophic scenario.

A key analysis published on Tuesday said the world is on track for 2.4 degrees of warming. That would mean the risks of extreme droughts, wildfires, floods, catastrophic sea level rise and food shortages would increase dramatically, scientists say.

The British COP26 presidency’s overarching goal was “to keep 1.5 alive,” so this firmed-up language is what it and other climate-leading nations were hoping for.

Several countries, including Saudi Arabia, Russia, China, Brazil and Australia, have shown resistance to this change at various meetings over the past six months in the lead-up to COP26.

“The Prime Minister said all countries needed to come to the table with increased ambition if we are to keep the target of limiting global warming to 1.5C alive.”

The draft also recognized that achieving this shift means “meaningful and effective action” by all countries and territories in what it calls a “critical decade.”

It “recognizes that limiting global warming to 1.5 °C by 2100 requires rapid, deep and sustained reductions in global greenhouse gas emissions, including reducing global carbon dioxide emissions by 45 per cent by 2030 relative to the 2010 level and to net zero around mid-century,” using language that is in line with the latest UN climate science report.

The 2010 level was 30 GtCO2.  Today it is 36 GtCO2, so despite all the efforts (and all the hysteria that Al Gore, David Attenborough and HRH Prince Charles have been able to engender) emissions have increased by 20 per cent in ten years.   The target of 45 per cent of 2010 levels by 2030 will mean that we must get down to 13.5 GtCO2 per annum.   That looks a big ask, even if everyone jumps aboard.   And assuming we achieved that target in a linear fashion, we would have emitted a total of about 250 GtCO2 during that ten years.  In an earlier article, I noted the IPCC Sixth Report Summary for Policymakers provided some guidance as to the probability of limiting warming to 1.5C or 2C.  The numbers in the table are the total carbon budgets that must not be exceeded in order to achieve the stated probability:

So, we can see that, even if we achieve the interim 2030 target, we are already nudging the limit of 87 per cent probability of limiting warming to 1.5C.

But we know that everyone (notably China, India and Russia) will not be aboard the doomed SS 1.5C.   As I noted in my earlier article, none of the 1.5C budgets is even remotely likely.  I hasten to add that I do not subscribe to the IPCC nonsense – I am merely playing a sort of reverse devil’s advocate.

I am banging on about this in the (probably vain) hope that the thought occurs to someone in the mainstream media to ask Scott Morrison or Angus Taylor about the disconnect between their rush to appease the alarmists and the fact that whatever harm we inflict upon ourselves will be in pursuit of an aim that is palpably not achievable.   And if the consequences of an unavoidable 1.5C warming are so catastrophic, why are we not focussing all (or even most) of our efforts into adaptation – such as building dams, better land management and hardened infrastructure?  Like death, taxes and rent-seeking grifters, droughts, storms and bushfires will be with us always.

What Morrison has espoused is not a plan – it’s a wager.  He’s like the once-a-year punter at Flemington on Cup Day, determined to be ‘in it’.  He consults a bookie and, on his advice, puts the rent money, on the nose, on Forlorn Hope – a 12-year-old mare carrying 62kg, ridden by Eddie Obeid and starting at 100-to-1.

Mismanagement on the Murray