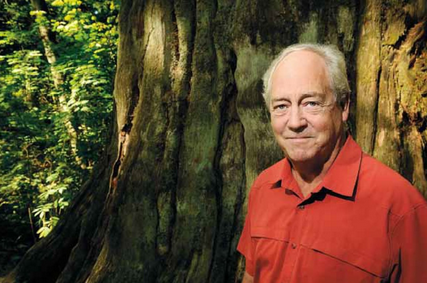 As the Glasgow climate summit drew near we endured an unrelenting onslaught to convince us that the outcome of that ill-fated assembly was a foregone conclusion. According to a popular meme on the nation’s opinion pages, the gathering was Australia’s chance to place itself on “the right of history”.

As is always the case when the globe’s elite jet in to this or that location to discuss how the rest of the world’s population is to be managed, plus what and which energy budgets they will be permitted, we were pushed to accept the implication that those who don’t agree are vacuous laggers incapable of understanding or accepting ‘science’, not caring about the environment and so mentally stuck in the mud that they cannot grasp the need to accept necessary change. This media pounding leaves little room for anything but spin, which is exasperating because it springs from the climateers’ and their mainstream media publicists’ emotional ‘reasoning’ (if that’s not a contradiction of terms), rather than the detached process of real-world observations, collection of data, testing of hypotheses and deductive reasoning. What a wonderful thing it was, therefore, to read Patrick Moore’s recent book, ‘Fake invisible catastrophes and threats of doom’, published by Ecosense Environmental.

The wonderful aspect of Moore’s effort to dispel delusions of doom and set the record straight is that he boasts impeccable environmental credentials that stretch way back to the start of the global warming scare and beyond. Having been a co-founder of Greenpeace, and a member of its governing board for many years, Moore’s commitment to a healthy environment is beyond dispute. He has, however, changed his mind from the position touted by the organisation he once helped to form and nurture in its early years. This transition came about by a process of intellectual and scientific enquiry, researching the claims and emotion-laden statements about the state of the planet and the role, real and alleged, that carbon dioxide plays. Not only does he find a supreme lack of evidence that the planet is hellbound for catastrophe, he concludes the exact opposite to be the truth. His is a story of conversion brought about by rational analysis.

Moore reveals an interesting insight right at the start of the book. Instead of going straight into a set-piece analysis of factors supposedly contributing to, or ‘proving’, the human-caused global warming hypothesis, he poses a question for reader’s to ponder: why it is that so many of the so-called proofs of the warming hypothesis are based on things that are either invisible or inaccessible to the average person? In the invisible category he cites carbon dioxide and radiation, and in the remote category he points to polar bears and coral reefs. As all who lack grants and light planes will find it hard to carry out a polar bear census, they are obliged to rely on, and trust, the ‘experts’ who have the financial backing and careerist incentives to perpetuate the scare stories.

When I read Moore’s insight about the invisible and remote being placed at the service of hysteria, I was hooked and stayed that way right to the end of the last chapter.

Moore develops chapters on the Great Barrier Reef, which, incidentally, even the Australian Institute of Marine Science says is in good order; the geological record of high and low carbon dioxide fluctuations; the asserted link between carbon dioxide levels and atmospheric temperature rises and falls; the impossibility of the oceans becoming acid, the so called ‘Great Pacific Garbage Patch’ which those who have gone looking for it just can’t find. Polar bears, of course, get a big mention.

In chapter after chapter Moore dismantles the false claims with withering logic, supporting his case without exception by referencing published scientific studies, plus multiple maps and graphs. All this is done generally without rancour and personal attacks, a refreshing change from the climateers’ standard operating procedure. As anyone who noticed the climate academics’ character assassinations and bitchy back-stabbing in the infamous Climategate emails, ad hom attacks are de rigeur on their side of the argument.  I say ‘generally’ because there is one major instance where he drops his reluctance to make it personal and that comes in the last chapter. For fear of spoiling the sting in the tail I will not reveal it here. Get the book and read it for yourselves.

There is a further subtext to the book which sits just below the surface of the logic-based argument Moore presents. This is about the endless tug-of-war in communications theory between the reliance on emotion to convey a message versus strict logic to do the same. Moore won’t have a bar of what is the stock in trade of sales trainers, advertising executives, speech writers and spin doctors, sticking strictly to logical persuasion. Moore obviously discards this option because he actually cares about the truth of cold, hard facts.

Moore does a hero’s work in laying out the case that we are living in a time future generations may well cite as being one of history’s greatest examples of the madness of crowds. To do this he has had to find the courage to face the ire of many people who were once his comrades. In infuriating them by the simple business of telling the truth he has succeeded admirably.

Did Pachauri Grope 97% of Women?

The scam from Snowy River