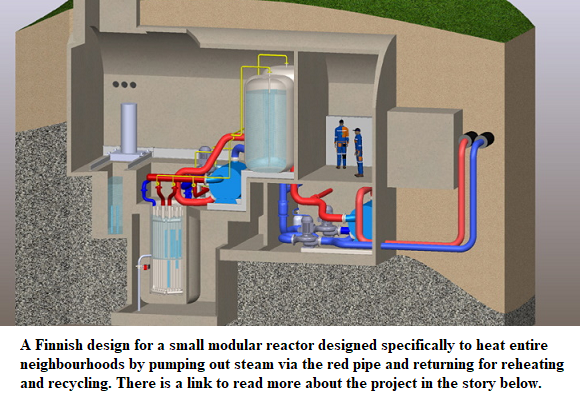 One of history’s most valuable lessons is that much of what is widely believed at any one time will later be viewed as nonsense, and it is vanishingly unlikely that this does not still apply.  On the contrary, our current system of education is now actively pursuing an indoctrination in postmodern thought which seeks to deny, demean and dismiss the all-too-brief ascendancy of reason and evidence as embodied in the scientific method.  The impetus for this is simple. Reason and evidence threaten established careers, status and beliefs held dear in academia, and it is they who determine the content of education.

Resistance to this corruption of science is fading in favour of the notion of an innate, intuitively understood ‘higher’ morality.  Only the uncompromising clarity of the consequences of errors and false beliefs leaves engineering as one of the last remaining redoubts of simple evidence based truth.

A primacy of reason and evidence over authority and faith has been the essential foundation for the extraordinary advance in the human condition arising from Western Civilisation over the past few centuries.  However, this is now under existential threat by a rising surge of totalitarian ideology.  In a time of unprecedented prosperity, ease, and comfort, it appears a substantial slice of the populace is unhappy and seeking some greater meaning and purpose in life, albeit something which also requires minimal personal cost and effort. Public virtue signalling by conspicuously approving or disapproving ideas of negligible personal consequence has become epidemic, and there is a rich smorgasbord of such concerns from which to choose.  Environmental threats, various social inequalities and sexual aberrations, especially relating to gender, are currently the fashion.

The idea of an imminent and dire threat to the global climate from fossil fuel emissions and the necessity of a complete shift to wind and solar power is especially favoured. Although there is strong evidence to indicate the threat is far more uncertain and less severe than is being claimed and the limitations of the so-called renewable energy are manifold, reason and evidence rarely ever seem able to induce a committed believer to reconsider their faith.

Fortunately, in this instance there is another option, and it offers a no-regrets solution that conforms far better to the unfolding reality.  It also affords the added bonus of avoiding a detour into the dustbin of history for those who cannot wake up and catch up.

Before examining this solution let’s just briefly consider some of the key limitations of wind and solar power:

♦ Both are diffuse and erratic with little control of availability.

♦ The service life of wind turbines and solar panels is only about 2 decades.

♦ Environmental impacts of the mining and refinement of raw materials plus the manufacturing, installation, operation, and disposal of outdated equipment will be extensive.

♦ Multi-fold increases in power costs and frequent blackouts should be expected as the new norm.

Regardless of all the pros, cons and uncertainties of climate change and renewable energy, there is a clean, safe, reliable, affordable, scaleable, low-impact no-regrets solution in the form of small modular nuclear reactors (SMR).  This not just some techno-nerd fantasy. Hundreds of this general type have been built and extensively operated over the past half-century in ships, submarines, and remote power installations. The technology is well understood and designs for commercial use are in advanced stages of development in several nations (read more here).

The advantages of SMRs are manifold:

♦ Efficient manufacture in a factory with only limited on-site construction required.

♦ Double or more service life than that of solar or wind technology.

♦ Minimal line loss and network complexity through nearby generation.

♦Radioactive waste can be easily and safely disposed in deep mines located in stable geological locales where there is no groundwater.

The only real problem is nuclearphobia, now endemic in our culture.  Meanwhile, China and Russia will continue to use our social media, NGOs and UN bodies to stoke our fears and our economic self-flagellation while continuing to expand their own use of fossil fuels until their own SMR technology is mature and competitive.  At the same time, Russia will enjoy large profits from providing natural gas to Europe, as will China from selling us the expensive renewable technology — solar cells and wind turbines for starters — to assure our general economic impairment.  Then, all too soon, all that junk will present a major disposal problem, in addition to requiring costly and ongoing replacement.

A further consideration in favour of SMR technology involves the risk of high intensity solar flares to the current power grid with such vulnerability being further increased by the expansion of the grid imposed by the diffuse nature of wind and solar power.  Analysis indicates that X-class flares, which have the potential to  inflict widespread damage to the grid via a ‘Carrington Event’, may be likely on a centennial time scale with damage requiring weeks or months to repair. Such extended outages would render affected cities uninhabitable resulting in waves of refugees flooding out in a highly distressed condition. Dispersed SMR-based power employing only small local networks would be relatively easy to protect from such damage and much easier to repair.

Regardless of all the virtue signalling, eco-evangelism, and whatever climate may or may not do, SMR technology is on track to begin to be commercially available within this decade.  It’s advantages in cost, reliability, dispatchability and environmental impact are overwhelming.  All of the cost, effort and resources going into wind and solar power will almost inevitably turn out to have been a costly dead end and, given the inevitability that sooner or later there will be another massive Carrington Event, the economies depending on them will struggle to recover.

To compound the impossibilities of achieving Net Zero using wind and solar power, it will also demand an approximate doubling of electrical power generation to replace all our cars, trucks and buses with electric vehicles.  Then, too, there will be a need to accommodate a huge increase in demand driven by population growth and Third World economic development.

The only thing that makes possible even a shred of serious consideration of the renewable power fantasy must surely be the apparent widespread disability in quantitative reasoning, as is manifest in the interchangeable use of  millions, billions and trillions of dollars when our betters spruik the “investment” of going green.

We have entered an era of unprecedented change and complexity in human affairs with which our existing systems of governance and problem-solving are proving inadequate.  Choosing leadership by ongoing popularity contests and relying on proclamations from a high priesthood of self-proclaimed academic expertise for matters shrouded in unknowns, uncertainties and assumptions is simply not good enough. If we cannot soon begin to recognise the necessity of a fundamental rethink in regard to problem solving, the ascendency of Western Civilisation appears likely to prove to be all too brief. That has been a recurrent pattern in human history.

On a more hopeful note, there is one thing that may make this time truly different.  The advent of powerful Artificial Intelligence is beginning to become too effective to ignore.  It at least affords some hope of restoring a primacy of reason and evidence in problem solving, and perhaps even serving as an effective antidote against our addiction to self-serving rationales and comforting nonsense.

Walter Starck is a marine biologist and regular contributor to Quadrant