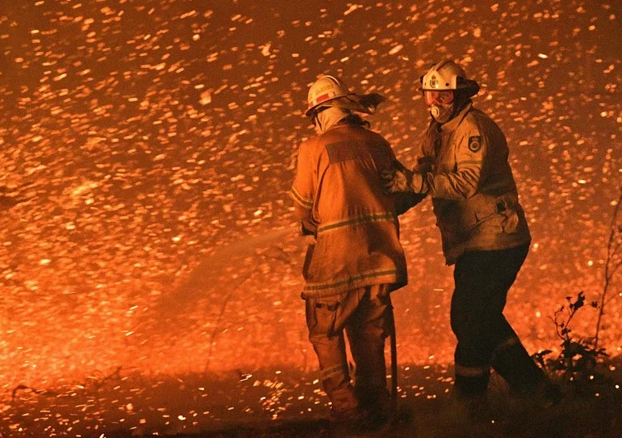 According to an invitation from the Institute of Foresters, Dr. Patrick Baker, professor of silviculture and forest ecology at Melbourne University, will be taking an audience on “a deep dive into the science of climate change”. The online event, to be held on May 25, is open to all, so those curious about how low that dive can go might want to sign up for the show.

Me? I decided to get an early start by having a bit of a paddle in Professor Baker’s green wading pool, starting with YouTube. After the obligatory acknowledgement of ‘traditional custodians’, Baker’s presentation (below) begins by referencing temperature records since 1910. That is, it starts from the coldest period in the last 1,000 years, according to ring widths from Huon Pine in Tasmania. Even then, his graphs show a sustained rising trend only late in the 20th Century. Happily, he presents a more comprehensive record of droughts, going back more than 500 years. But it doesn’t seem to support his case.

The Settlement Drought in the early 1790s was the worst drought since the early 1500s. Whilst the Professor was providing scientific advice to NSW Natural Resources Commission (NRC), I mentioned to him that there were three successive extreme fire seasons at that time, Aboriginal fires were burning around the clock, and there were only two homes (with thatched roofs) lost. He explained that there weren’t many homes back then. It seems that the reason fire engines and waterbombers can’t save houses with steel and tile roofs, under similar conditions, is simply that there are too many houses.

The worst drought in 500 years occurred in 1833, but there were no megafires. The 1851 megafires occurred during a period of average rainfall. This was less than two decades after Aboriginal burning was disrupted across Victoria by John Batman’s arrival in Port Philip Bay, the Hentys in the west and Angus McMillan coming south from the Monaro. The Millennium Drought was not unusual, but the academics have used it to explain the Black Saturday holocaust of 2009 with the tragic and preventable death of 173 people.

Baker says that relentless global warming has been baked into the system since the early 1980s. Despite the unexceptional Millennium Drought, followed by the wettest year in half a millennium, he assures us that droughts will be much worse in the future. How so? Well, the models say so — the same models that y can’t even ‘predict’ the past, such as what was going on during periods such as the Medieval Warm Period and the Little Ice Age. They’ve got almost a perfect record of overestimating temperatures. Dr. Howard Brady puts it this way: “Over 95 per cent of climate models agree: the observations must be wrong”. 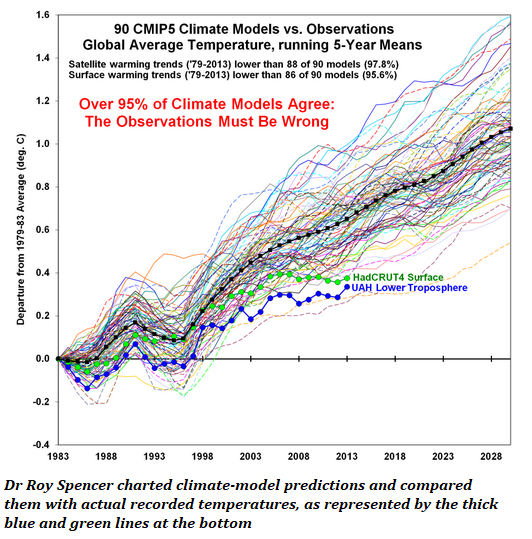 According to Baker, southeastern Australia is “bearing the brunt of climate change”. In fact, it is southwestern Australia that has suffered a scientifically demonstrated reduction in rainfall over several decades, whilst southeastern Australia has not. But he’s almost right in saying that the southeast is ‘at the back of the pack’ in research to ‘manage’ climate change. It’s actually worse than that. Research in the southeast is heading in exactly the wrong direction, in my opinion because it is dominated by academics instead of experienced land and fire managers.

Despite the drying climate in the southwest, 60 years of empirical data from forest management show that prescribed burning reduces the incidence and extent of high intensity fires provided, that a minimum of 8-10 per cent of the landscape is treated each year. Such burning makes little difference in average fire seasons. The benefits occur mostly in extreme seasons, because firestorms and megafires can’t develop in properly managed landscapes. Hence Aborigines survived 40,000 years of climate change without boots, overalls, fire engines or advice from academics and fire chiefs.

In the southeast, Professor Ross Bradstock has been advising government on bushfires for decades, lately as a leader of the multimillion-dollar Bushfire Research Hub. Bradstock and colleagues have made models ‘showing’ that prescribed burning doesn’t work. They claim that it makes no difference in severe conditions. However, since we disrupted Aboriginal management, there hasn’t been enough burning in most of southeastern Australia to make any difference. Over a decade at the turn of the millennium, 0.4% of the Sydney Basin was treated each year by prescribed burning while ten times the area, on average, was incinerated by wildfires.

Bradstock has now co-authored another paper claiming that weather trumped fuel in Black Summer. I don’t know how they worked that out after the event, without having measured fuels, but Sydney Morning Herald environment writer Peter Hannam says “the latest paper examining the 2019-20 blazes adds to findings by the NSW independent bushfire inquiry”.

The problem is that Bradstock advised the ‘independent inquiry’, and thus it could be said he was judging his own work. The report was predictable, starting with climate change, calling for more research, emphasising emergency response and evacuation, and mentioning some operational matters that are no news to anyone with firefighting experience. It’s hardly surprising that the latest research has ‘confirmed’ that Bradstock is right and experienced managers don’t know what they’re talking about.

After showing us real data confirming that droughts are a recurrent natural phenomenon and haven’t grown worse since the Industrial Revolution, Professor Baker showed us some pictures of drought scorch in Black Summer. He said there was widespread landscape scale mortality, and threw a pitch for a citizen science app called the Dieback Detective. The fact of the matter is that dieback is a natural defence mechanism against drought in healthy eucalypts. It’s been long apparent, however, that forest pathologists are generally ignorant of the difference between natural drought dieback of healthy eucalypts on bony ridges and unnatural chronic decline of better-watered eucalypts on slopes and gullies. Baker’s photos, for example, show widespread drought scorch, not mortality.

I have personally observed drought scorch in many and various landscapes across the country, including three times since Baker arrived in Australia as a lecturer at Monash University in 2004. Drought is neither the cause of megafires, nor of widespread mortality of trees. But NRC has since announced a $1.3 million program of research to ‘untangle the causes of dieback’. I addressed this at Quadrant Online in December 2020.

Meanwhile, Baker continues to ‘show’ that droughts which haven’t got any worse in 500 years, but undoubtedly will in the future, are already causing dramatic changes in our fire regimes. He’s enlisted the help of Professor Scott Mooney. Mooney compiled heaps of charcoal records from sediment cores which show that there was a massive increase in high intensity fires after Europeans disrupted Aboriginal burning. They also show a dramatic downturn, against the warming trend, after foresters reintroduced mild fire to the landscape in the 1960s.

With forestry elder Roger Underwood and forestry cousin Neil Burrows, I’ve tried to place the charcoal records in a palaeological, historical and scientific perspective which recognises traditional management by blackfellas and whitefellas as well as its disruption by greenfellas. (Thanks to Noel Pearson for the terminology.) We point out that a huge increase in megafires, since sustainable fire management was trumped by green ideology in the late 20th Century, had not yet been sampled in sediments.

Now Professors Baker and Mooney have unwittingly served up the proof. They’ve sampled huge spikes in charcoal from bogs in Kosciuszko National Park. These are unprecedented in thousands of years of management firstly by Aborigines feasting on Bogong moths, then by seasonal graziers, and lastly by the joint Hume-Snowy Bushfire Prevention Scheme. Prescribed burning was wound down by NPWS from the 1970s.  Since then the Park and its bogs have been ravaged by a succession of high intensity wildfires, notably in 1978, 1983, 1988 and 2003. Corroboree frogs are critically endangered as a result.

This is well-documented in scientific papers and my book, Firestick Ecology.  The 2003 megafire from Kosciuszko to Canberra conclusively demonstrated that climate change was not the problem. Hundreds of lightning strikes at the same time in well-managed lands adjoining the Park were contained within 3 days. Canberra was burnt not by climate but by mismanagement. The Nairn Inquiry confirmed it. The subsequent 2004 COAG Inquiry effectively buried the Nairn Report and the 2020 Royal Commission kicked over the gravestone.

It is not climate change that is buggering the bush. It is those being lavishly funded to protect it who are doing the real damage.

Green bushfires – the warning in 2002