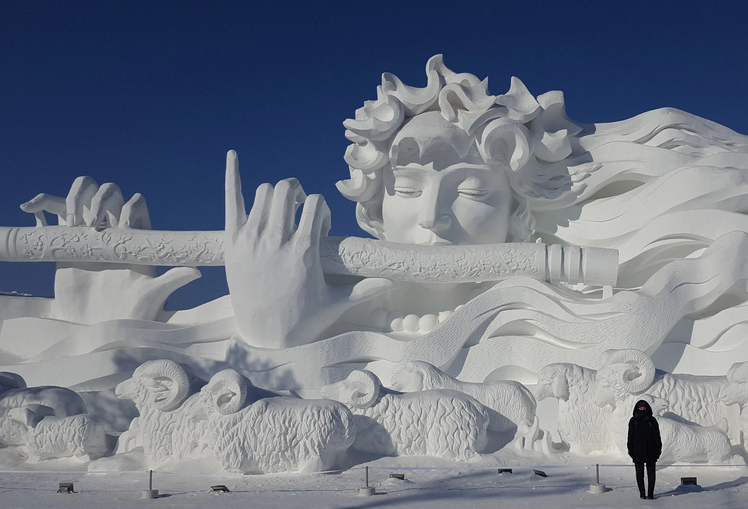 A group of friends and I often discuss climate change. One of our number sends me information suggesting the world is about to cool.  It’s apparently cold in Europe this northern winter. An ice age cometh? Maybe but, if so, I need it to happen soon. I haven’t twenty or thirty years to hang about.

I hope the planet does measurably cool in the next few years; though without cooling so much as to cause famines. I want the alarmists, The Greens and the ABC, among others, to suffer embarrassment, not for the world’s vulnerable to suffer. For there is no doubt that even a mini-ice age would cause devastation for communities dependent on agriculture. Ice can kill as surely as fire.

As Robert Frost so well put it in his poem Fire and Ice:

Some say the world will end in fire,
Some say in Ice.
From what I’ve tasted of desire
I hold with those who favor fire.
But if it had to perish twice,
I think I know enough of hate
To say that for destruction ice
Is also great
And would suffice.

Frost lived in New England and knew about the ravages of cold weather.

By the way, I got carried away a tad. Of course, neither The Greens, the ABC nor their fellow travellers are nearly self-reflective enough to suffer embarrassment. They will ‘cleverly’ explain away a cooling climate in a way which is bound to satisfy the dolts in their thrall.

The friend I referred to above recently sent me a piece by Dr Roy Spencer. Most will have heard of him. He is a climate sceptic – so called. He is also a research scientist at the University of Alabama, where he works with fellow skeptic Dr John Christy. Both are prominent in the measurement of lower-troposphere temperatures by way of a NASA satellite. Monthly measurements go back to December 1978; UAH 6.0 is the latest version. I like satellite measures. They are immune from heat-island effects and from any tampering with (i.e., lowering of) historical temperatures.

The piece by Spencer basically argues that insufficient allowance has been made for population densities, and their heat-island effects, in adjusting land temperatures. He argues that this has resulted in a material overestimate of temperature rises in the United States over the last fifty years and notes that he would “not be surprised” if this had happened elsewhere too.

Now I’m a fan of the Doc but I also favour consistency. There is so much misinformation, tendentiousness, idiocy, and straight-out mendacity in the climate debate, that is hard to discover the truth. Conservatives must try to keep to the whole truth, so far as they are able, else slip over to the dark side occupied by the Left.

I plotted UAH 6.0 against HadCRUT — monthly combined land and sea temperature records compiled by the Hadley Centre of the UK Met Office and the Climatic Research Unit at the University of East Anglia. The period was from December 1978 to January 2021. I put a least squares line through both series.

Both showed temperatures rising. HadCRUT at the rate of 1.7 degrees per hundred years; UAH at a rate of 1.4 degrees per hundred years. On this basis, HadCRUT is overestimating the rise in temperatures. The difference isn’t trivial. However, neither is the difference of an amount which remotely supports Spencer’s title: “Could Recent US Warming Trends be Largely Spurious?”

I believe that the climate-change saga has gone so far that nothing can be done to reverse course. The money, the vested interest, the politics have become so invested in catastrophic climate change that no evidence, no cooling, nothing will make a difference. At the same time integrity matters. Or at least it should to those of us on the conservative side of the political divide.

Spencer can’t run his satellite gig and then not try to square this measure with his analysis of land temperatures. He didn’t try. At best, this sows confusion; when everything to do with climate is already confused enough.

The evidence from satellite data is clear. The global temperature has risen markedly since the end of 1978. Can we at least agree about that before legitimately debating what caused it and what it might mean in the larger scheme of things?