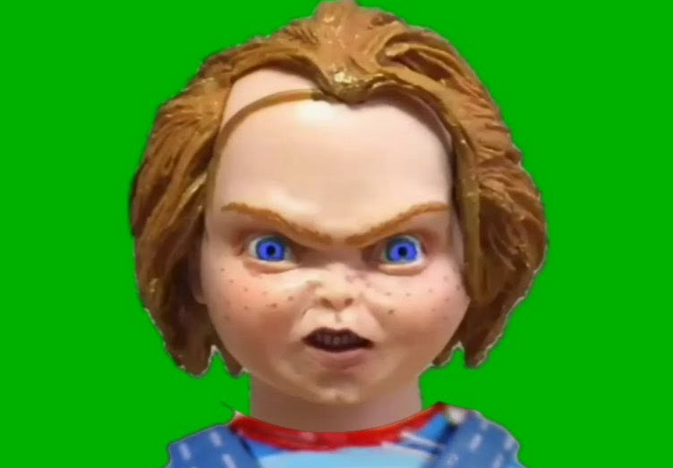 In the Iraq-Iran wars of the 1980s, Ayatollah Khomeini sent 12-year-old Iranian schoolchildren swarming into no-man’s-land to detonate the mines. The keen kids wore devotional slogans on red headbands and each carried a small metal key to open the gates of Paradise.

The analogy with enrolling Australian kids as zero-emission fanatics is not perfect. The kids’ task is not to blow themselves up but to blow up 130 years of Western progress based on reliable electricity. Still, climate cult leaders love throwing indoctrinated children into the front lines of the climate wars. These kids’ keys to the promised Green Paradise are ruinous wind and solar energy.

Right now, School Strike 4 Climate is launching a campaign called ‘Action Your Adults’ (AYA). In the words of the official email circular from someone called “Bubble”, it is “all about getting the adults in your life involved with the fight for climate justice!” Pulling the strings as usual are the zealots of GetUp!, the Youth Climate Coalition [of adults], Stop Adani and, of course, Greens organisers. The prose, meant to sound like kids’ talk, is straight out of Balmain advertising agency-speak. We learn:

An adult can mean your parent or guardian, a grandparent, an auntie or uncle, or any other person in your life that isn’t in school. It’s all about connecting with them and talking about the current crisis!

AYA [Action Your Adults] is a great way to express your concerns about the climate crisis to people in your life. It is important to keep talking about what is going on and not let the government’s destructive schemes go unnoticed.

How to get in contact with your adults? You could call or video chat with them, you could go for a walk together, or go out for coffee/lunch with them, that’s the great thing – you can do pretty much anything you want as long as you are having constructive conversations with them! We are all very excited about Action Your Adults and we hope you are too! Have a great day!

If you have kids or grandkids in the family, here’s how they’ve been briefed to advise you, in “Six Easy Steps”. The 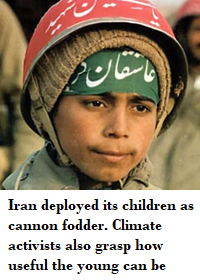 advice might come from  kiddies who only recently learnt to tie their shoelaces, or 14-year-olds redirecting their attention from TikTok and acne treatments.

When these kids ask you pleasantly, “How have you been?” and “What have you been doing recently?”, they don’t actually care, they just want to lead you in to a climate-crisis conversation (not that any “climate crisis” is in evidence). Alternatively, if you ask how they’ve been, they’re scripted to say they’re feeling anxious and frustrated about the government’s [presumably federal] anaemic response to that ‘climate emergency’. As the script tells kids, “You can use this to segue into your next points!”

Because forecasting these climate apocalypses in the year 2100 is not science but witchcraft, the kids are told to emphasise their feelings, as distinct from climate models and any quaint concern for evidence. This reminds me of the great song

Feelings, nothing more than feelings,
Teardrops rolling down on my face,
Feelings, for all my life I’ll feel it.
Feelings, wo-o-o feelings,
wo-o-o …(repeat & fade)

Express your worries! Be personal and let this come from the heart; make it clear why you care about climate change, and be completely open with your feelings E.g. my future, my job, natural wonders like the Great Barrier Reef, my health, my house/farm, etc.

Just as the phone-fake “Nicole from NBN” has a conversation tree to extract your bank details, these climate kids’ agenda is to turn you into ignorant likenesses of themselves. The script says to ask, “’Have you noticed how the environment has changed?’ This makes it personal, and lets you build on the knowledge they already have

# “Have bushfires always been this bad?” [No, only since greenies sabotaged controlled burning]

# “Was the Great Barrier Reef dying when you were my age?” [No, nor is it now]

# “Have farmers always been struggling against such bad droughts?” [Victorian floods are imminent, but don’t worry about such detail][i].

# “How has climate change impacted you?”

# “How has [sic] opinions on the climate crisis changed since you were my age?” [Disaster was always prophesised ten years out from the present]

# If they’re from a migrant background – ask about the effects of climate change where they come from. [Don’t ask Africans, they might know that extra CO2 has caused the Sahara to shrink and green in the past 30 years by an area as big as France and Germany combined]

The authors provide a handy list of lies about climate and economics for kids to parrot:

“Let them [adults] know about the government’s proposed gas-fired recovery and why it stinks!

* Facts/statistics are useful, so we have a list below, but put them into your own words and make sure to still keep it a casual conversation

# On top of this, climate change will cost Australia over $4 trillion unless we change, causing more intense disasters like fires, flooding and drought [arrant nonsense]

# Meanwhile renewable energy can create 3x as many Aussie jobs as fossil fuels! [Nonsense on stilts]

The kids next try to get out the adult vote — necessarily against the Coalition and preferably for the Greens.

Because this isn’t just a ‘young people’ issue – climate change will impact every single generation to come, and it affects us all now! Because we’re running out of time!

However, this chance to invest in and rebuild our economy is the ideal opportunity to ensure a just transition! [i.e. to generate omnipotent Left government]

Each kid should tell “their adult” what they should do (with exclamation marks). Don’t backslide, adults, because your kid will “follow through” to make sure Mr/Mrs Adult really does change light bulbs and mount a bike to offset China’s burgeoning emissions. Kids are then to report back to their Stasi-like masters masquerading collectively as “Bubble”, preferably with recorded conversations with their Adults. Kids also pass around their “top tip for having a productive conversation”.

The exercise is supposed to generate a deluge of emails and phone calls to Prime Minister Scott Morrison and local members, telling them to “fund our future” rather than natural gas. After all, who needs electricity at night or when the wind doesn’t blow? And every brainwashed schoolkid knows that dear electricity is better than cheap electricity.

Adults, be warned of this climate attack. Even though the enemy at the gates is from Lilliput.

The Church’s Catechism of Catastrophism