Bushfires: Ashes to Ashes All Over Again 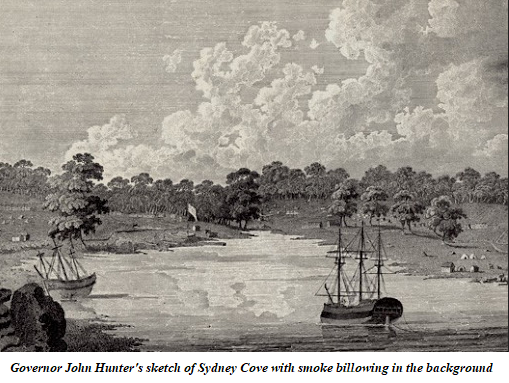 On September 4, the Royal Commission into National Natural Disaster Arrangements published  draft propositions by the Counsel Assisting and called for public comment. Propositions about mitigation first appear in the sixth part, headed “Part F: National mitigation and preparedness arrangements“. The emphasis wasn’t on bushfire mitigation or fuel reduction. Despite the summer’s conflagurations which prompted the commission’s establishment, it basically stated that Australia’s three levels of government in Australia should worry about …yes, you guessed it … climate change!

Mitigation finally gets a brief mention in the eighteenth section of the sixth part of the report, “Public and private land management”:

Australian, state and territory governments should review their legislation and processes relating to vegetation management, bushfire mitigation and hazard reduction to:

1/ ensure there is clarity about the scope for landholders and land managers to undertake bushfire hazard reduction activities; and

Well that’s something: the Commission has at least recognised that it takes too long to get permits to burn. Yet it has also ignored the problem that it is illegal to conduct enough frequent and mild burns to restore and maintain healthy, safe landscapes.

Aboriginal people across Australia used frequent mild burning for ecological maintenance over 40,000 years. When Europeans disrupted those efforts the country suffered eucalypt decline, pestilence, and scrub invasion, creating continuous fuels that choke out biodiversity and explode into firestorms when there are ignitions in extreme weather. During the Settlement Drought (1790-1793), when Aborigines had fires burning 24/365 in what is now wilderness around Sydney, three consecutive days of extreme weather conditions with searing northwesterlies caused immense numbers of flying foxes and lorikeets to drop dead at Parramatta, but the European settlements weren’t affected by the fires.

Our first megafire occurred around 1820, before white settlers occupied Victoria, after management by the Yowenjerre people in what are now the Strzelecki Ranges was disrupted by the smallpox epidemic of 1789. The second megafire incinerated five million hectares in 1851, less than two decades after Aboriginal management was disrupted across southeastern Australia, and long before anyone had heard of so-called anthropogenic global warming. Ember storms from this megafire singed the rigging of ship in the Tasman Sea heading for New Zealand.

In February 2020, there was a Commonwealth Inquiry in progress, into “the efficacy of past and current vegetation and land management policy, practice and legislation and their effect on the intensity and frequency of bushfires”. However, it was wound up to make way for the current Royal Commission, which consequently received the evidence provided to the Inquiry. Apparently they weren’t impressed. Here are my Public Comments on the Commission’s Draft Propositions:

The Letters Patent directed the Commission to ‘have regard to … the findings and recommendations (including any assessment of the adequacy and extent of their implementation) of other reports and inquiries that you consider relevant’. Obviously, the Commission considered the report of the 2003 Federal inquiry, A Nation Charred, to be irrelevant. Chairman Gary Nairn had reported

The committee heard a consistent message right around Australia: there has been grossly inadequate hazard reduction burning on public lands for far too long; local knowledge and experience is being ignored by an increasingly top heavy bureaucracy.

The committee’s recommendations had addressed “Land management factors contributing to the severity of recent bushfire damage”. Its first recommendation was to establish a national database of fuel loads and rates of accumulation according to vegetation type, climate and tenure. Its second was that “the Council of Australian Governments ensures that states and territories have adequate controls to ensure that local governments implement required fuel management standards on private property and land under their control”.

A dissenting report by a city-based Green member relied heavily on a submission from Professor Robert Whelan, who asserted that “broad scale hazard reduction is threatening biodiversity conservation and must therefore be avoided by land managers and resisted at a political level”. (Ross Bradstock, who has advised the 2020 NSW Bushfire Inquiry, succeeded Whelan as Professor of Wildfires at Wollongong University.)

The Council of Australian Governments (COAG) also looked into bushfires, receiving  advice from precisely the same top-heavy bureaucracies criticised by Nairn and therefore disinclined to adopt his recommendations. Instead they employed Whelan to conduct the inquiry, together with Professor of Forestry Peter Kanowski and former Special Forces Officer Stuart Ellis, none of whom seemed to have experience in forest management and prescribed burning. These men decided that education – “learning to live with bushfire”, as their report put it – was more important than reducing hazards; they claimed that we don’t really know how prescribed burning affects biodiversity across the landscape; and they added insult to injury by questioning the efficacy of hazard reduction burning. This is nonsense, dangerous nonsense.

Since the COAG report of 2004 more than 200 lives and thousands of homes have been lost. Untold environmental damage has been caused by gigafires that were a consequence of unscientific and antisocial green ideology. Despite overwhelming scientific and historical evidence that prescribed burning maintains ecosystem health, resilience and biodiversity, as well as fire safety, this current Royal Commission will ensure that carnage and destruction continue. They will certainly make us proof against any happy future.

Vic Jurskis is a veteran forester and author of  The Great Koala Scam, which can be ordered here

Watch on the Left