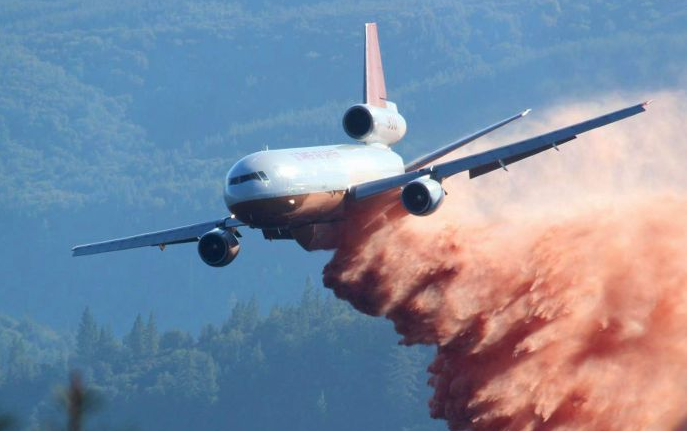 The most frequent question I have received over the last month is “who is to blame for the bushfire mess up and down the east coast?” There is a school of thought, mostly put about by state premiers, that the blame game is bad form. We should put the whole bushfire business behind us and move on, they say. Forget the past, the future will be wonderful. I reject this concept, because in any disaster situation lessons must be learned (or rather re-learned) and those lessons applied to improving the way things are done. I also believe those who need to be accountable for the current mess must be identified and the ways they have let us down highlighted.

The trouble with side-stepping accountability is that mistakes are perpetuated. The same people go back to business as usual, and the same disasters re-occur. If nobody has done anything wrong, as the premiers maintain, no changes need to be made.

This, of course, is the beauty of the “blame it all on climate change” position. If climate change caused the bushfires, no individual can be pinned, not even those “fire chiefs” who were in charge during the entire time the current disaster was incubating and who now suddenly know what was the problem.

I reject the ‘blame it on climate change” position because it has two killer flaws: firstly, it ignores fuels, which are the main contributor to uncontrollable fires during a drought; secondly, it provides no practical solutions to the immediate problem. Both of these factors render the climate change argument utterly unsustainable, indeed ridiculous.

It is very obvious who the people are who should be held accountable for the current mess.

At the top of the list are the premiers and ministers responsible for land management, such as it is, and bushfire policy, and the public servants in their departments with jurisdiction over forests and national parks. State governments in Queensland, New South Wales and Victoria have palpably failed to do the most important job they were elected to do: protect the lives and livelihoods of their citizens and the health of their environment. And their public servants have failed to do the job they are being paid to do: serve the public.

Under the Australian Constitution land management, and therefore bushfire management, is the responsibility of the states. It is state governments which decide how crown land will be managed, and how the protection of communities and their assets from bushfire damage will be organised.

Local government authorities are also high on the list of those accountable — and here again state governments bear responsibility, as they should never have allowed them to get away with the nonsenses we have seen coming out of town halls over recent years with respect to vegetation clearing and building approvals. Some premier or minister should have cracked down hard on this foolishness, and cracked down hard.

Of all the things that perplex me about the current mess the most significant is this: the blatant ignoring  by premiers, ministers  and agency bureaucrats of the warnings of bushfire scientists  that a disaster was imminent and, on top of that, their failure to study bushfire history.  Our climate, even the ‘pre-climate-change climate’,  our vegetation and the abundant sources of ignition mean that we are inherently a bushfire-prone country. And even on top of all that,  our governments and bureaucrats have been provided, over and over and over again, with evidence that killer bushfires will occur in Australia unless pre-emptive action is taken.  Not just here, but in California, Canada, Greece and Portugal — anywhere in the world with hot dry summers, periodic droughts and flammable vegetation.

Yet despite the science, the evidence presented by bushmen, the dramatic history of this contininent’s relationship with fire, and the findings of numerous inquiries, successive governments in Qld, NSW and Victoria over the last 25 years have consistently failed to prepare potential firegrounds in the expectation of the inevitable. Not only this, they seem to have actually go out of their way to make things worse: the cut-backs to fuel reduction burning, the closure of access roads and trails in national parks, the decimation of professional forestry and fire management expertise, the turning of the blind eye to the creation of residential subdivisions in capable of being defended, the funding of “research” in the universities that is aimed at making the job of the firefighter more difficult, and the erection of a complex bureaucratic edifices that hinder sensible bushfire preparedness and make fuel-reduction burning almost impossible.

One of the consequences of the deliberate destruction of the forestry profession and forestry district structures and crews has been that governments now have to fall back on volunteers to fight forest fires. My heart goes out to the vollies who are being sent into our state forests and national parks to tackle high intensity forest fires burning amid heavy fuel loads. They are being asked to do the impossible.

On top of all this, those of us who have spent a lifetime dealing with bushfires have watched with dismay the way the state agencies, one after the other, have been seduced into thinking that more and bigger water-bombing aircraft is the answer to the bushfire maiden’s prayer.  The almost laughable futility of the water and retardant bombers in NSW over recent weeks has only been surpassed by one other shocking statistic: the astronomical cost of this wastefulness. And it is not as if the high cost and minimal utility of such aircraft was unknown. Below, part of what Victoria’s Black Saturday royal commission concluded about water-bombers (emphasis added)

During the summer of 2009–10 Victoria funded the trial of a very large air tanker to assess its fire-bombing suitability in Victoria. A DC-10 aircraft was contracted from the United States by the National Aerial Firefighting Centre and trials were assessed by the Bushfire Cooperative Research Centre, whose final report is due in late June 2010. The total cost of the trial was about $10 million.

There are practical constraints on using a very large air tanker in Victoria. Because of the weight and size of the DC-10, Avalon Airport (near Geelong) and Melbourne Airport (the main airport in Melbourne) are the only suitable air bases from which the aircraft can operate. The DC-10 requires a smaller lead plane to fly ahead and provide assessments before aerial firefighting. The DC-10 might also have limitations during poor weather. Once airborne, the aircraft must discharge its load of up to $45,000 worth of aerial suppressant to enable a safe landing. This has economic and environmental costs if the suppressant is not used on the fire and needs to be jettisoned.

The Commission notes that a number of witnesses were ambivalent about the very large air tanker. NAFC General Manager Mr Richard Alder stated that, given its limitations and requirements for operating in Australia, the DC-10 may not be a cost-effective option …

Cost effective or not, the ABC reports today that such planes are shortly to return. As Talleyrand is said to have remarked about the Bourbons, our leaders forget nothing and learn nothing.

And what of the greenies and the ivory tower academics from Murdoch, Curtin and Wollongong universities? The anti-fuel reduction burning academics have no understanding of practical bushfire management. They are misguided, misinformed and, by my reckoning, dangerously mischievous.  But they have not been running the show. The premiers, ministers and senior public servants overseeing the land-management agencies could have, and should have, simply rejected the academics’ green ideology and its foolish precepts. Bitter experience should by now have made it blindingly obvious that the green approach to bushfire management can end only in tears. Instead, those who shirked their responsibility to protect their communities kowtowed and pandered. They played political games — Greens preferences in inner-city electorates can make or break governments, don’t you know —  so they swallowed the utter bilge of academic theorists, people who have never in their lives had to fight a fire, let alone take responsibility for the design and implementation of an entire fire-management system.  In genuflecting before the intelligentsia (the word is used advisedly), our governments knowingly sacrificed the community and the bush. The phrase “criminal negligence” comes to mind.

I am contemptuous of these academics, especially those who do their undermining while being funded by government grants. Yet they only affect what happens in the bush if foolish premiers and ministers and bureaucrats choose to apply the intelligentsia’s bizarre and impractical ideas, instead of doing what every experienced bushfire expert in the country knows works.

Finally, the Federal Government cannot escape accountability. Repeatedly over the years, successive Commonwealth governments have been told that their bushfire funding model is  pointing 180 degrees in the wrong direction. In funding fire suppression and recovery, rather than helping the states to invest in prevention and damage mitigation, they are rewarding  failure. There is plenty of money (see the $10 million squandered on the DC-10 test plane cited above), and the Federal Treasury seems able to come up with millions more at a moment’s notice to help rebuild ravaged communities. How much better it would have been to spend a fraction of this to prevent the communities being ravaged in the first place.

If the Feds were to set up a system where states were encouraged, through targeted funding, to establish effective bushfire management systems (with the emphasis on preparedness and damage mitigation), the eventual outcome would be less money needed for firefighting and post-fire recovery — a bill that these latest fires will likely see run into the billions.

Will those who are really accountable ever be named and shamed or, better still, sacked? Based on past inquiries and reviews, they will not. We will be urged to move on, to look forward to the sunlit uplands, to forget the past from which we will be told nothing useful can be learned. More academics will get more grants to conduct more pointless experiments and field studies. Our states’ leaders and their senior public servants will look after us! It will be business as usual. Those who should, at the very least, have had to answer for their negligence in a coroner’s court will quietly fade away.

A final note: this article is specifically directed at the bushfire and land management jurisdictions in Qld, NSW and Victoria. In Western Australia, the penny dropped after the 2016 Yarloop disaster, and our Premier, ministers and public service agencies are now on the right track.

Roger Underwood is a former district an regional forester in Western Australia with over 60 years experience in bushfire science, planning and operations

Trofim Lysenko Looks Down and Smiles