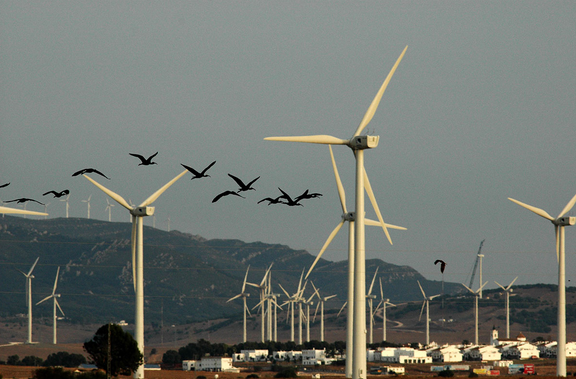 Some people think wind turbines are structures of beauty. Bob Brown is no longer among them and we’ve all had fun pointing out his apostasy. The half-million birds which turbines are estimated to kill every year in the US and the 200,000 German bats minced annually by the same machines might also take heart at his belated conversion, although the louder and less intelligent members of another species lately gluing themselves to Brisbane’s roads and elsewhere will probably take longer to absorb the truth about these taxpayer-supported environmental destroyers.

The sad truth is that many still see wind and solar power as the future, displacing those old-fashioned coal and nuclear plants. But even though wind and solar are said to be competitive, their supporters continue to demand increased subsidies, often dressed up as National Energy Guarantees or soft loans from the taxpayers’ greenbank, the Clean Energy Finance Corporation. Those subsidies have caused commercial coal generators to collapse, doubling the cost electricity and savaging its reliability.

In other words, and even allowing for Brown’s Damascene conversion, idiocy continues to prevail.

Shell has advocated getting rid of coal using measures that include a $250 carbon tax (Gillard’s was only $20), that increases the price of electricity fivefold plus several new Greenbanks to subsidise the batteries that wind and solar need to back-up their intrinsically unreliable output. The Australian Financial Review, which generally supports renewable energy, sardonically noted that Shell CEO Ben van Beurden stepped out of his firm’s greenhouse-gas spewing corporate jet to advocate the emissions plan. Meanwhile, the delightfully named Ursula von Der Leyen, the new EU President,  had herself elected by backing a plan to see a 50 per cent renewables share in the EU by 2030, something Boris Johnson also says he supports.

There’s almost certainly not a megawatt of wind/solar anywhere in the world that has been built without subsidy. And while global construction is slowing, due to lowered Chinese subsidies, the existing momentum means further construction will continue. For Australia, wind/solar is projected to represent 16 per cent of supply this year. Not only is this driven by subsidies and regulations but it requires ever more of them in order to shore up the commercial market that is being poisoned. Hence more subsidies for pumped-storage facilities, like Snowy 2, and the proposal to duplicate the Tasmania-mainland transmission line at a cost of $3 billion to allow a continued expansion of the renewables feeding their inconsistent contributions into the grid.

The latest: we have a “negawatts” proposal to set a baseline level of demand for firms and allow them to sell excess needs back to the grid when the price is high.  This will be subject to considerable gaming as players exaggerate how much they might have used in order to increase their payments. One ludicrous forecast was that it would reduce prices by 25 per cent. Stupid policy, yes indeed, but not entirely new. A variation has long been in the armoury of the market manager under provisions known as the Reserve Trader. Retailers are also able to negotiate with their customers for load shedding.   What is new is that in the first 15 years of the national market, before subsidies started to destroy it, reserve trading never actually occurred.  It has now become common as wind has created massive market price volatility and dangers of black-outs.  The ACCC is promoting the new measure, mistakenly believing it might temper what it sees as generator market power.  But the intervention reflects the damage inflicted on our system by politicians and regulators.

Another non-solution is carbon capture and storage to eliminate emissions from coal generators, championed by  David Byers, the CO2CRC chief executive. Australian taxpayers under Kevin Rudd bankrolled a $700 million initiative for this. Ten years on, there is no carbon-capture commercial plant operating anywhere in the world and, even if the technology were to prove feasible, widespread implementation would double the already staggering cost of electricity.

To get back to commercial normality, abolition of subsidies is essential.  But even this may not be sufficient since, first, the market is poisoned by zero marginal cost renewables preventing coal operating as it should to provide the bedrock of a low-cost, reliable electricity supply system. Secondly, fossil fuel outfits are being demonised not only by green shareholder agitators, such as the group called Market Forces, but also by superannuation funds increasingly controlled by activists, especially union activists.

Energy Minister Angus Taylor thinks that holding firm, not expanding, existing commitments (even keeping the subsidy behind the rapidly expanding increase in rooftop solar). He is deferring a new Commonwealth state ministers meeting, recognising that this is just a means to bring further pressure on the Commonwealth to expand support for renewables.  And he was quick to point out the unacceptably high transmission costs entailed in the wind/solar expansion championed by the Victorian energy minister and the head of AEMO, Audrey Zibelman.

So there you have it. Bob Brown floats gently back to Planet Earth and confronts reality while the policies he once championed continue to take their toll, albeit with what appear to be ministerial reservations. Killing birds by their thousands is one thing. Killing their killers quite another.

8 thoughts on “When Even Bob Brown Gets It …”