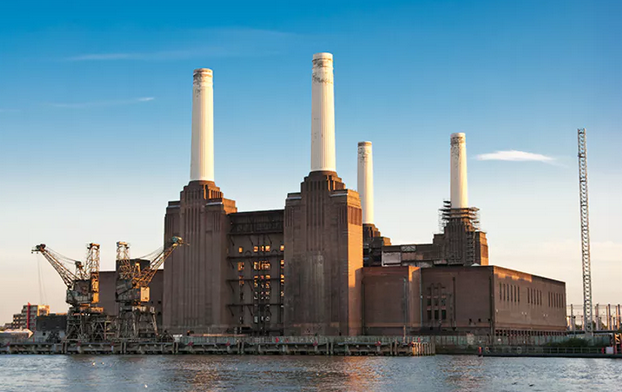 At a time when public discourse is being corrupted by false facts, fake news and woke corporate censorship, it is comforting to know that at least one news organization fervently believes its reporting is objective and accurate — especially in regard to the world’s newest religion, climate change. I speak, as you might have guessed, about the ABC.

Geoffrey Crowther, editor of The Economist from 1938 to 1956, advised young journalists to “simplify, then exaggerate”. Well, it certainly caught on. Every tactic in the modern media cyber-kit is employed to capture eyeballs in today’s Age of Hyperbole, as the ABC’s The World Today demonstrated once again last week. The item’s title was a triumphant “Big step against climate change as UK goes a week without coal.”

Deconstructing the four minutes and twenty-three seconds of ABC-style “reporting” is a worthwhile exercise, for it illuminates how zero-carbon rhetoric about “climate change” is being used to promote a very dodgy narrative.  Being economical with the truth, or ignorant of it, helps too.

Sarah Dingle, ABC: So far in this election campaign we’ve heard a fair amount of wrangling about how Australia should cut its carbon [dioxide] emissions and by how much. Meanwhile, the entire United Kingdom has just gone a whole week without burning coal for power. The UK’s electricity system’s provider says this is a major milestone in its effort to combat climate change and lower emissions. It’s the first time since 1882 that Britons haven’t relieved on the fossil fuel when they flick the switch. Nick Grimm reports.

Nick Grimm, ABC: For generations it left its indelible mark on British life, powering the industrial revolution and helping produce the grimy scenes of Dickensian Britain immortalised by stories like Oliver Twist. But since last week coal hasn’t been part of the mix of energy sources feeding the UK’s national grid.

Prime Minister Teresa May tweeted: “I am proud that Britain has gone a record week without using coal to generate power. Our investment in greener forms of energy is reducing emissions and ensuring we leave our planet in a better state for the next generation.”

That news catching the eye of former Australian prime minister, Malcolm Turnbull, who retweeted Teresa May’s message accompanied by his own: “The UK’s political challenges are not enviable. But at least there is long-standing by-partisan support for tackling climate change and moving to net-zero emissions; and in particular away from burning fossil fuels.”

Britain’s first coal-free day occurred in 2017. It’s taken two years to extend that run to an entire week. But the director of the National Grid Electricity System (NGES) operator, Fintan Slye, said: “coal-free power will become the new normal”, as renewables like wind and solar become a larger part of Britain’s energy mix; though currently the UK does rely heavily on natural gas and nuclear energy.

It has a target to eliminate coal from its power supply by 2025, with a deadline of 2050 to eliminate greenhouse gas emissions altogether. It comes as the UN Secretary General, António Guterres has warned that the world must dramatically change the way it fuels factories, vehicles and homes if it wants to avoid climate catastrophe.

António Guterres, UN: It is clear that there is not yet enough sense of urgency in many of the people that are not yet experiencing the direct impact of climate change. My optimism comes from the fact that, first, more and more people are becoming directly impacted; and second, that the conscience is growing that the problem is becoming a dramatic threat to the whole of humankind. So my feeling is that more and more governments will be pressed to act. That is a good thing, and a good thing that technology is on our side. Today it is cheaper to produce electricity with solar energy than with coal.

Nick Grimm: Energy experts says that the transition from coal to other sources of power itself involves a lot more than just the flick of a switch.

Matthew Warren: People like to think of it as a signal of a change that’s coming and that’s true. But it also within the industry signals a lot of technical headaches that need to be solved. It’s not as easy as turning different types of technology on and off.

Nick Grimm: Matthew Warren is the author of Blackout, which deals with the challenges facing Australia’s power-generators. He’s also former chief executive of the Australian Energy Council and the Clean Energy Council.

Matthew Warren: The way we use electricity was built around these large thermal generators. We’re discovering in Australia that there are significant technical challenges as we replace that with large-scale intermittent renewable generation. That doesn’t mean we don’t do it, but it’s not as easy as it might look from the outside.

Nick Grimm: Not a simple process, nor will it be a cheap one for Britain or anywhere else. The biggest challenge: whether consumers will accept the [alleged] benefits outweigh the price.

Soundtrack: So what am I to do, to keep the sky so blue.

Sarah Dingle: The World Today approached the Australian Minerals Council for comment. [There was none, for reasons unknown. Perhaps they were out to lunch.]

There’s much slick packaging to admire in this ABC report. Consider, for example, the canny introduction with its twist: Alberto Pascual’s 1950s photograph of the art deco Battersea Power Station from the north bank of the Thames against a blue, almost cloudless sky. That Battersea has not produced a solitary watt since 1983 wasn’t mentioned.

Setting the scene, Ms Dingle contrasted Australia’s tiresome domestic “wrangling” about decarbonising the economy with the UK’s more impressive effort. Described as a major milestone on the highway to renewables utopia, Britain’s coal-less week so excited the ABC that it might have been the broadcast’s lead item had royal baby Archie not arrived on the scene at Frogmore Cottage.

As for the claim about a “big step against climate change”, it prompted my fact-checker’s eye to zoom in on the NGES twitter announcement and an equally triumphant one on May 9 from UK Coal:

This #Coal free run ended at 8 days 1 hour and 25 minutes. This is the longest run without coal for Great Britain since 1882.

The next sentence, however, did not appear in the ABC report:

Reporter Grimm did mention, at the end of his fourth paragraph, and correctly that “currently the UK does rely heavily on natural gas and nuclear energy” , but not the specific data. Excitement over the “record” coal-free week ended with a touch of reality:

Due to a power plant [unidentified] trip on the system, our control room has taken action to bring a coal power plant online, to replace the tripped plant.

Coal used as grid backup, presumably due to renewables’ variability, was not deemed a newsworthy element of the story. It did not fit the zero-carbon narrative.

On May 12, 2019, the UK Electric Insights live-data site indicated that gas was supplying 44.3 per cent of demand, nuclear 27.3 per cent (taken in total, 71.6 per cent), compared with wind at a paltry 3.9 per cent and coal zero. So despite the trumpeted “big step against climate change” – whatever that means – renewables still comprised less than 15 per cent of supply on the day.

As for moving further away “from burning fossil fuels”, as Malcolm Turnbull suggested in a May 8 tweet, this will be a challenge in both countries, as natural gas is itself a fossil fuel. In 2017 the world’s primary energy sources consisted of petroleum (34 per cent), coal (28 per cent), natural gas (23 per cent), comprising an 85 per cent share for fossil fuels in global consumption, according to Wikipedia.[6]

While it’s true that coal has declined as part of the UK’s energy mix – from 67 per cent in 1990 to 7 per cent today – gas consumption has grown proportionately in the same period, from zero to current levels of more than 40 per cent, with about half sourced from continental Europe and elsewhere. Several new nuclear power stations will be part of the future energy mix, adding to and replacing the 15 currently in service.

A week, as they say, is a long time in politics. It’s also a long time in the zero-carbon game being played by people in places low and high – such as Davos — to persuade us that global climate control is just around the corner. All they need to do is sustain the our-planet-is-on-fire mood, a meme the ABC is only too happy to propagate at every conceivable opportunity. Cambridge University, too, is doing its bit to ratchet up the alarmism. It has established a new entity – the Centre for Climate Repair – to “investigate radical approaches such as refreezing the Earth’s poles and removing CO2 from the atmosphere.” Not to be outrun in the pessimistic stakes, it “fears that current approaches will not on their own stop dangerous and irreversible damage to the planet.” Prof Sir David King, the UK government’s former chief scientific adviser, is co-ordinating the exercise and had this to say:

What we do over the next 10 years will determine the future of humanity for the next 10,000 years. There is no major centre in the world that would be focused on this one big issue.

That’s a big call, Sir David. Given all the angst, it’s no surprise this is fast becoming a popular meme, especially with talk-show hosts and opportunistic members of the political class: carbon [dioxide] emissions cause climate change.

Not so long ago experts only tentatively suggested this invisible trace gas, one vital to all life on the planet, “caused” global warming. Today they – and the folk who fund them — have become more brazen, or “confident”, attributing to it the satanic power to drive every so-called “extreme weather event” on the planet.

There was another post last week: Climate science violates the basic precepts of science. Writing in The Times of India, Sanjeev Sabhlok concluded:

If CO2 were a pollutant, then carbon emissions trading would be a useful solution. But my personal conclusion is that climate science is too primitive to be of any use in making policy. Let it first get its predictions right and become a genuine science. In the meanwhile we know for sure that the modest increase in CO2 over the past fifty years has been enormously beneficial. India should not spend even a minute thinking about this issue and focus instead on abolishing socialism.

As for your choice of background soundtrack, Auntie, here’s two for next time: Heat Wave and Don’t Ask Me No Questions.