Dog Dirt is No Substitute for Debate 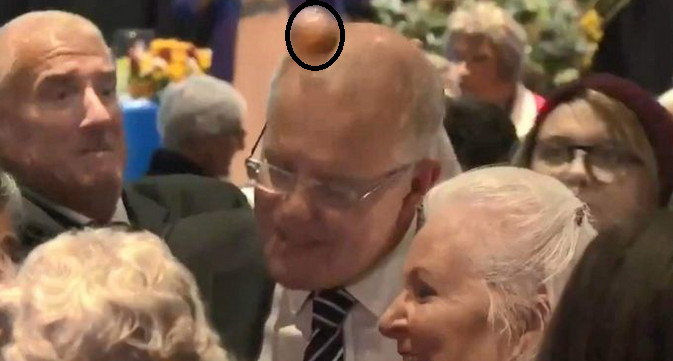 There is now a narrow path to victory for the Coalition.  It relies upon them winning a couple of seats in Queensland and Tasmania, regaining Indi and making a net loss of only two elsewhere (in addition to the likely loss of Farrer to the Shooters, Farmers and Fishers).  But more than one loss is likely in Victoria, and there are vulnerable Liberal seats in Western Australia.

The possible near-term saviours for the Coalition are, first, the sandbagging of seats that contain large numbers of retirees set to be adversely affected by Labor’s intended raid on their savings –a grab even more grasping than that already introduced by the Coalition.  But, secondly, there is the possible gain of seats where green policies have had tangible negative effects. We recently saw the Coalition fall victim to a backlash in the NSW state election as a consequence of green water policies, hence the  possible loss of the Murray-Darling seat of Farrer.  The Coalition is, however, seeing possible gains as a result of green anti-mining policies, most particularly in Queensland.

The picture is overshadowed by a green cloud descending on urban seats. Extremists funded by deep-pockets activists have dominated the campaign in Warringah, where the polls say Zali Steggal is making it a close run thing against Tony Abbott. The Liberals may wrest back Turnbull’s former seat of Wentworth only because they have a credentialed green as a candidate.  In Victoria, green contenders are looking strong in the inner Melbourne electorates of Macnamara, Higgins and Kooyong.  Indeed, in Kooyong, Josh Frydenberg faces four deep green candidates, all well promoted by activists.

In response to an increasingly green-oriented urban electorate, the ALP’s environmental position has moved very close to that of The Greens.  And, like conservative parties in the pre-Thatcher/Reagan era confronted by the  ostensible and purportedly inevitable advance of socialism, the Liberals have adopted a gradualist version of those policies.  The Liberals are selling their position as being responsible green, their policy boiling down to these talking points:

#Australia is already spending more on carbon abatement than the EU, US and China

#We have to temper extreme policies that would bankrupt the nation

#The technology that will enable us to move to 50 per cent renewables is not yet here, but we’re keen to get there.

Only politicians from the minor parties and a handful of Coalition MPs — Craig Kelly and Bridget McKenzie come to mind — venture to say that catastrophic human-induced climate change is not happening, that Australia can do virtually nothing to prevent the growth of global emissions, and that any attempts to do so will adversely affect our economy far more than those of other nations. Apart from a very few members of the Coalition, there is no stomach whatsoever for exercising Trumpian leadership and explaining the limitations of abatement policies and the costs they would inflict. It’s a persuasive argument for a ready audience but it just doesn’t get made.

For the most part, all harmful effects of the green policies are denied. Bill Shorten claims there is hardly any cost attributable to the 50 per cent renewable share and 45 per cent emission reduction that are central to ALP policies. This, along with assertions that the measures will actually lower costs, was the same claim made eight years ago of policies designed to displace the use of fossil fuels. When the outcome of those subsidies emerged as higher prices and lower reliability, as many of us predicted they would, these were blamed on other factors (inadequate network spending, ancient coal plants, price gouging by energy businesses etc.).  The agitprop journal of the renewable lobby, RenewEconomy, noting record electricity prices in the 2019 March quarter, laid the blame squarely with coal and gas generation!

The electorate’s views, to which politicians are responding, have been conditioned by the relentless propagation of alarmism, which has gone largely uncontested.  Among the undeniable facts is the Green Left capture of our schools, which has left a generation of children and young adults convinced dangerous temperature increases, wildfires, droughts, oceanic rising, loss of the coral reefs and so on are inevitable unless urgent action is taken.

In the UK, in response to schoolchildren paralysing London to combat an imagined “extinction crisis”, the UK Parliament voted to endorse the notion that we are facing a climate change emergency. Can Australia’s post-election parliament see things in a different light? Unlikely.

Institutional green alarmism has gone well beyond the schools.  The children’s action in wagging classes to block traffic  and chant slogans is endorsed and encouraged by the UN, which swears blind one million species are threatened.  Leveraging on this, another study sees a need to expel human influence from half of the planet in order to prevent a massive extinction that allegedly threatens the planet itself.  This Global Deal for Nature would prevent damage to 30 per cent of land and oceans by 2030 and 50 per cent by 2050.

Though the Coalition might survive the present election due to a mixture of rather extreme spending and regulatory policies by the ALP, the decision to target urban seats and passively accept climate hysteria means a continued shift to the green left.  This will leave us far poorer.

Taking a contrary view,  John Quiggin notes that the ABARE 1996 estimates, the model Brian Fisher employed to quantify the effects of current ALP climate policies, put the cost of holding emissions at 1990 levels by 2020 at $10,000 per family. Quiggin thinks the ABARE forecast is an overestimate because it fails to account for an inherent flexibility within the economy and for lower costs entailed in renewable energy.  But, as he explains, the forecast is the cumulative loss. In fact the income outcome is likely underestimated since it resulted from controls over land-clearing, restrictions on irrigators and the subsidies to renewables.  The newly proposed policies take these measures to a higher level of intrusion and, unless there are dramatic technological breakthroughs, the costs will be much greater (and if there are such breakthroughs the measures will be unnecessary).

Environmental policies are driving new dimensions in politics, seen in the American Green Left’s visceral hatred of Trump.  In Australia we see politicians and others the Green Left opposes being egged and assaulted, a particularity odious event being Tony Abbott having faeces left on his doorstep in a hollowed-out book.

The Green Left’s militancy is rising, its preening self-regard justifying outrages against people, property and civil discourse, its determination to oppose, confront and silence all opposition seen in demonstrations at universities and “platform denial” for all who dare to differ, from the egg-splatted Fraser Anning to Jordan Peterson and his audiences being harassed. Every action incites a reaction, as Newton tells us, and as a society we need to be very concerned about what comes next. Will we see the so-far restrained Right tear up the rulebook as well? The silencing of one point of view by another is contagious; replace civil argument with dog dirt on an opponent’s doorstep and you can only assume a likewise and no less regrettable response.

What is certain is that if we proceed to strangle the economy with regulations that impose costs on mineral- and agricultural-based activities, in which our international comparative advantage lies, we will be considerably worse off in every sense.

The Fire Experts from Central Casting