Carbonphobia, It Goes Against the Grain 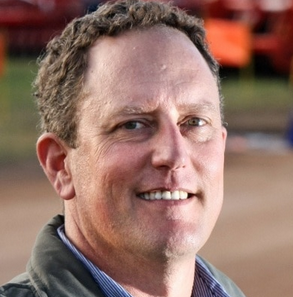 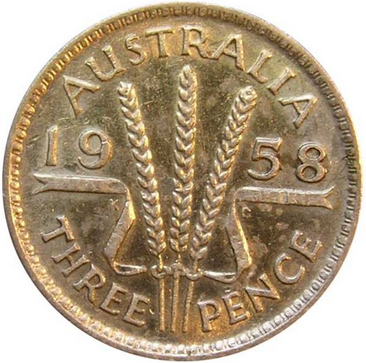 As the term ‘climate change’ has now all but replaced ‘global warming’ in catastrophism’s argot and our nation’s political vernacular, let me report in sorrow rather anger that some farmers, who should know better, have made themselves dupes of those bent on wrecking the economy, the nation’s future and their own livelihoods.

For years, government-funded climate scientists have plied a generation of gullible followers with questionable science. The models used to display the planet’s imminent doom all and always emphasis the alleged ability of carbon dioxide to massively change global temperatures, even though it represents just 0.04% of atmospheric gases. Their models have been proven wrong in theory and practice time and again; meanwhile, the climate changes as it has always done in response to entirely natural factors and influences.

For farmers,  the trap is that any climatic event not suitable for the optimum production of their particular commodity is now deemed not be the consequence of living and working on a land of “drought and flooding rain” but of anthropogenic climate change. Disingenuously, this dismisses the 200-plus years of records — unhomogenised records, that is — and ignores the Australian farmer’s demonstrated ability to cope with and adapt to climatic adversity. Whilst climate change has supposedly been ruinous over the past 20 years, farmers have been using innovation, developed mostly on-farm, to substantially increase our agricultural output. Simply put, the increased agricultural production in this age of supposed ruinous climate change is not reconcilable — and especially not with the fearmongering that continues apace even as global temperatures obstinately refuse to rise above the flat-line they have followed for what is now 20 years.

The dressing up of climate disruptions as “man made” is a global industry of huge proportions. Recently, in Katowice, Poland, the UNCOP24 meeting saw thousands of delegates fly in from around the world, including Australia. They enjoyed a lavish get-together while pushing for a consensus on  regulations to stand by their Paris commitments and reduce emissions, an undertaking observed in the breach for the most part. If there were delegates who recognised the inherent hypocrisy of airlifting legions of freeloaders from all corners of the world in carbon-spewing jets their mouths remained diplomatically shut. When you are on a good wicket and other people’s taxes are paying for it, silence is literally golden.

Meanwhile, back on the land, reality can be observed every day from the verandah. We will never dismiss the hardship that drought, floods and frost cause because we know their perils first-hand from grim experience. To call on government to “solve” natural changes in climate renders our industry beholden to bureaucrats, who will without any conscience, remove our ability to solve real problems.

If Australia remains in the Paris agreement, agriculture will be targeted to reduce emissions. It has been reported that Bill Shorten’s government-in-waiting is already in discussions with the National Farmers Federation (NFF) about ways for the agricultural sector to reduce emissions of carbon dioxide and methane, the two leading greenhouse villains. If farmers believe the NFF will stand in the way of policies bound to reduce agriculture output then they are sadly mistaken. As a recent NFF press release put it:

NFF Chief Executive Officer, Tony Mahar said both proposals, which were supported at the Party’s conference over the weekend, needed careful thought, comprehensive consultation and, if proceeded with, smooth implementation.

If that is not enough to raise the alarm, ponder the stated desire of Mr Mahar to make the primary sector, in his words, “progressive”.

“We’ve moved on [from the NFF’s former agnostic position] and recognised that within the farming and agricultural industry, climate change poses a significant challenge,” Mr Mahar said.

“We need to act to ensure our economy and our sector reduces emissions and better adapts to climate change.”

He said the decision reflected the fact that farmers’ views had changed and would give the federation the ability to be more engaged in debates around climate change.

“We need to be part of the conversation, we want to be progressive and engaged in the debate,” he said.

The NFF firmly believes that Australia’s minuscule 1.3% of global emissions is enough to cause and enhance drought. Unless the NFF publicly rejects this assininity the day will come, and not too far in the future, when farmers are forced to farm according to the climate change doctrine. This will be worse than any natural peril. Importantly, despite what the warmists’ media shills would have you believe, the NFF does not speak for all farmers. This needs to be understood by all observers.

Never far away from the words ‘climate change’ is ‘social licence’. It may have a vague meaning and ambiguous application but a social licence will deny a farmer their lawful right to farm. In essence, green groups and environmentalists will determine what are and are not acceptable farming practices. The number one objective is to strangle agriculture because we emit carbon dioxide (nature’s plant food) and save the environment from us.

If there was ever an example of an agricultural industry dodging a bullet, it was the grower-funded Grain Research & Development Corporation (GRDC) commissioning a $500,000 report in 2012. The document pushed for the fabled ‘social licence’ to be issued before farmers exercise their presumably qualified ‘right to farm’. Here’s a quote from the introduction to the “discussion paper” (emphasis added):

Communities and markets are actively setting higher expectations for food safety and natural resource management. The ‘right to farm’ has effectively been replaced by the need to earn a ‘social licence’ to use natural resources in production of food and fibre. Not only do farmers need to comply with legislation and follow good farming practice, they also need to demonstrate their credentials and adoption of good practice.

Within the report ‘carbon footprints’ were cited as being a community concern. Had the program been mandated farmers would be subjected, by way of enforceable rules, to the whims and edicts of climate-change ideology. A growers’ push-back was enough to see the program and its objectives shelved, at least for the moment. This highlights the need for vigilance over the organizations that we trust with our hard earned money (levies).

We reject the calls for government to be involved in overseeing and regulating farming businesses. History tells that this variety of interference leads to a central planning bureaucracy and edicts from on high. Remember, under the Paris agreement which the likely and looming Labor goverment is certain to honour and uphold, emissions from agriculture and transport sectors must be reduced. So far the push has been against the power industry, and we have all seen the mess and ruinous expense those strictures have imposed. With the pressure now being turned on other industries, farmers do not want to see our industry hijacked by an ideology so ignorant and spiteful of human advancement and resilience.

We are proud farmers providing the consumer market, both at home andoverseas, with an affordable and sustainable supply of quality food. As growers, we love carbon dioxide.

6 thoughts on “Carbonphobia, It Goes Against the Grain”

Hate media on the Convoy