As a check on the possible urban heat island effect in central Melbourne, the site of the Bureau of Meteorology thermometers (shown below), it is worth examining nearby temperature measurements. A comparison with readings at Laverton, some 18 kilometres distant from the CBD, shows there is a bit of heat in the city. 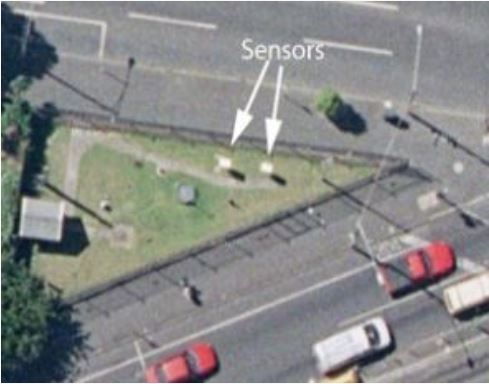 The maximum temperatures at the locations differ by an average of 0.40C, with no statistically significant difference in the trend from 1944 to 2011. The two temperature series are strongly correlated (85%) and are a reflection of the constancy of the sun’s warming in the mid afternoons.

See also: More Light Than Heat In The Official Record

On the other hand, when we look at the minimum temperature at Laverton, there is a very significant difference to Melbourne in both temperature and trend over the same period. While there is a modest temperature increase at Laverton of 0.13 +/- 0.030C per decade, the increase in Melbourne is 0.35 +/- 0.020C per decade. There is still a strong correlation (77%), but for temperatures occurring in the early light of morning, they are a measure of the heat carried in the atmosphere and in the surroundings of the thermometer. 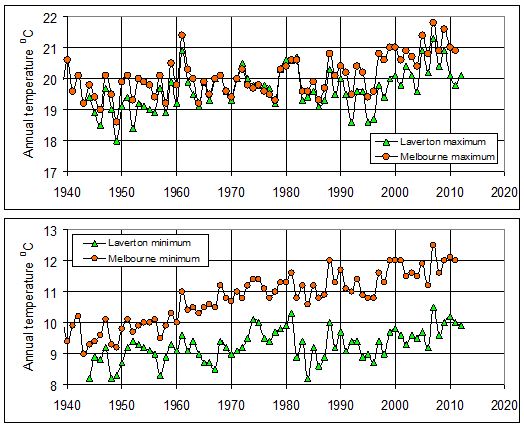 If we look at how the BOM has understood what is happening, we need only to look at the temperature adjustments made to the original Melbourne observations. The contemporary records have no adjustments but as one progresses back in time the adjustments increase. 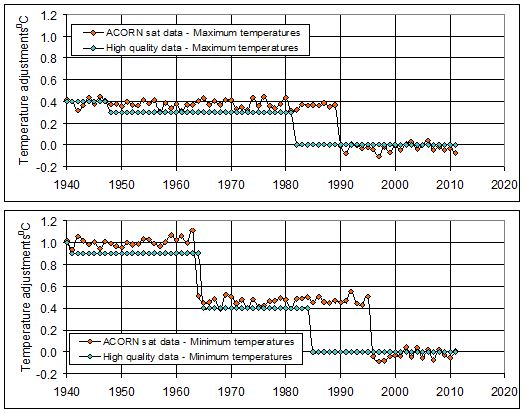 The minimum temperatures occur just at or before sunrise, when the only sources of warmth are carried in the atmosphere or are radiated by buildings close to the recording thermometers. The BOM documents the changes in the surroundings of their site at the corner of Victoria and LaTrobe Streets but the adjustment figure above for the minimum temperature shows no hint of urban heating coming from the changes to the surroundings — quite the reverse, in fact.

Heat island effects are well known and there is extensive literature even including studies of Melbourne. A good illustration of this effect comes from a paper Environmental Effects of Increased Carbon Dioxide by Robinson, Robinson & Soon. 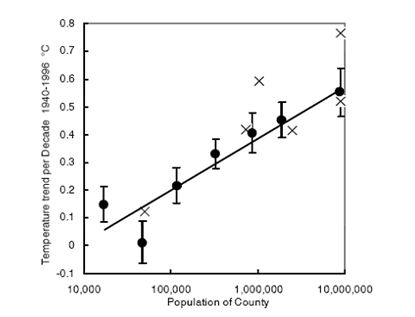 The figure above from their paper shows the surface temperature trends for the period of 1940 to 1996 from 107 measuring stations in 49 California counties. After averaging the means of the trends in each county, counties of similar population were combined and plotted as closed circles along with the standard errors of their means. The points marked X are the six unadjusted station records selected by NASA GISS for use in their estimate of global surface temperatures.

Second, and more important, their use in developing public policy is unwise.

Chatting With ‘A Climate Heretic’