The convoys are getting closer to Canberra and on day three Convoy #6 travelled from Penong to Renmark.

Anticipation of the Canberra Rally is mounting with all participants in the convoys. Our Perth convoy team had a lovely drive across South Australia from Penong to Renmark, through very beautiful and productive country. 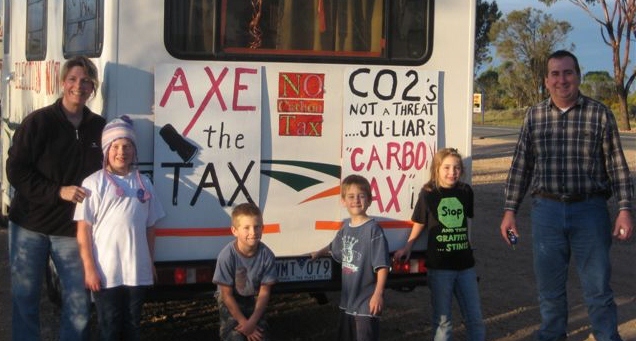 The convoy participants were buoyed by reports from Queensland coming in about the convoys there.

In some ways it seemed a bit surreal to be utilizing so many of the products of an advanced capitalistic society, while our government contemplates the need to return us to the dark ages. 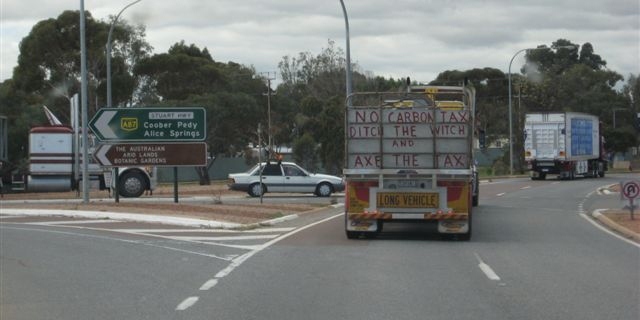 Here we were riding in extreme comfort in a modern camper van following prime movers capable of pulling large loads up mountains; meanwhile we were using a laptop and wireless broadband to view up to date footage of our fellow convoyers in Queensland flying choppers over their convoys, so that we could tell their stories to the rest of the people in the Perth convoy over the two way.

None of these things that make people’s lives so much better, and that we now take for granted; have been given to us by government, nor would such things be possible in N. Korea or Cuba where there is total government control over the economy. Yet for some reason, we are about to take a monumental step toward government control over our economy “for our own benefit”.

Throughout the day there were many instances that confirmed in my mind that the normal person on the street truly understands that we are headed in a dangerous direction.

Early this morning we were met at the small town of Wuddina (population 60) by Neville Trezona with a petition that contained 100 signatures from the town and surrounding areas.

At Port Augusta, supporters brought a barbeque to the BP station and served us lunch, and got us back on our way quickly after handing over more petitions. 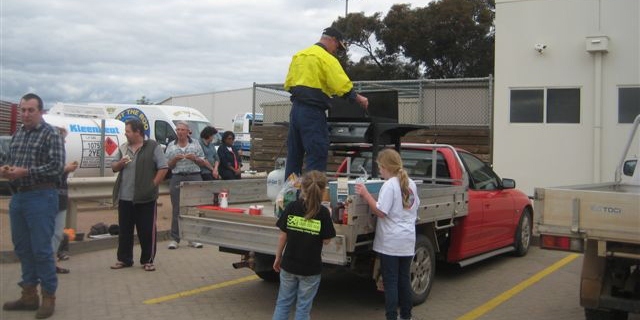 I further enjoyed listening to our team members banter over the radio, as I watched the truckies skill in keeping us moving nicely through difficult winding roads.

The site of dozens of multi million dollar tax payer funded windmills sitting idle and still, while we were dodging potholes in the highway did not go unnoticed.

Upon arrival in Renmark tonight, several people that did not know anything about the convoy came up to voice their support upon seeing our trucks. One agreed to jump in and go with us tomorrow.

All along the highway people did take notice of our signs and toot their horns. It seems some people less supportive of what we are doing are also taking notice of what is going on.

The Australian Federal Police called us several times during the day. They are worried that our little convoy might disrupt Canberra traffic or something like that.