The Thompsons go to Canberra – 2

Convoy #6 completed the second and longest leg of the journey to Canberra on Friday: crossing the Nullarbor.

The day’s drive took us from Norseman in Western Australia (5:30 a.m. start) to Penong in South Australia (8:00 p.m. SA time), roughly 1120 kilometres across the treeless plain that was really showing off due to good rains. 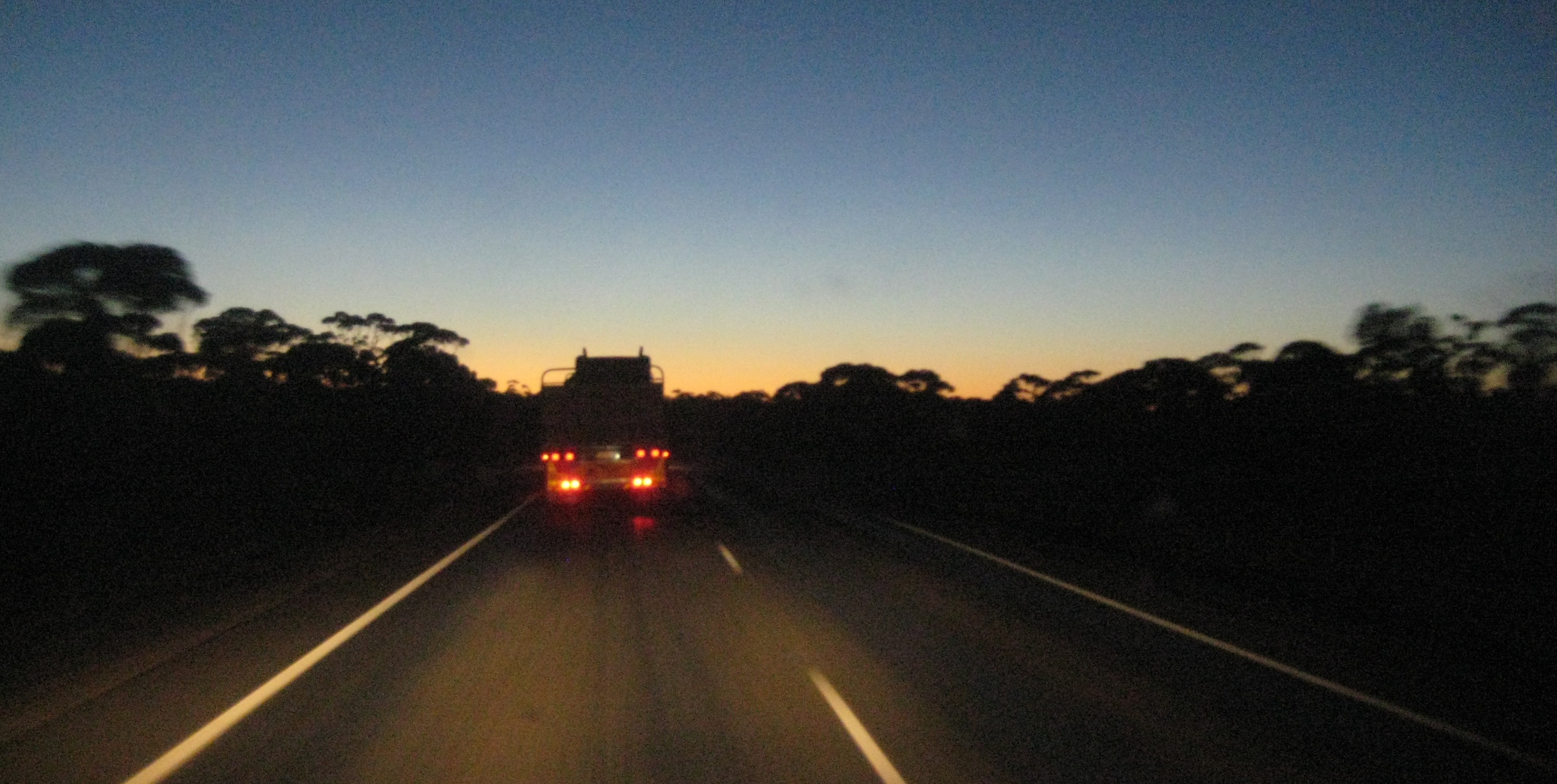 (Photo: Starting out at 5:30 from Norseman – taillights of George’s truck in front of us.)

Once again today, we were welcomed along the way with waves of support. 34 kilometres out from Penong, we were met well after dark (yes, it’s cold, too!) by a local lady who had contacted us the week before we left Perth.

She showed us into town, and we had a great feed at the road house and a drink afterwards at the local pub.

It’s in these settings that the stories come out: the stories of out-of-control government and how it affects real people’s lives. 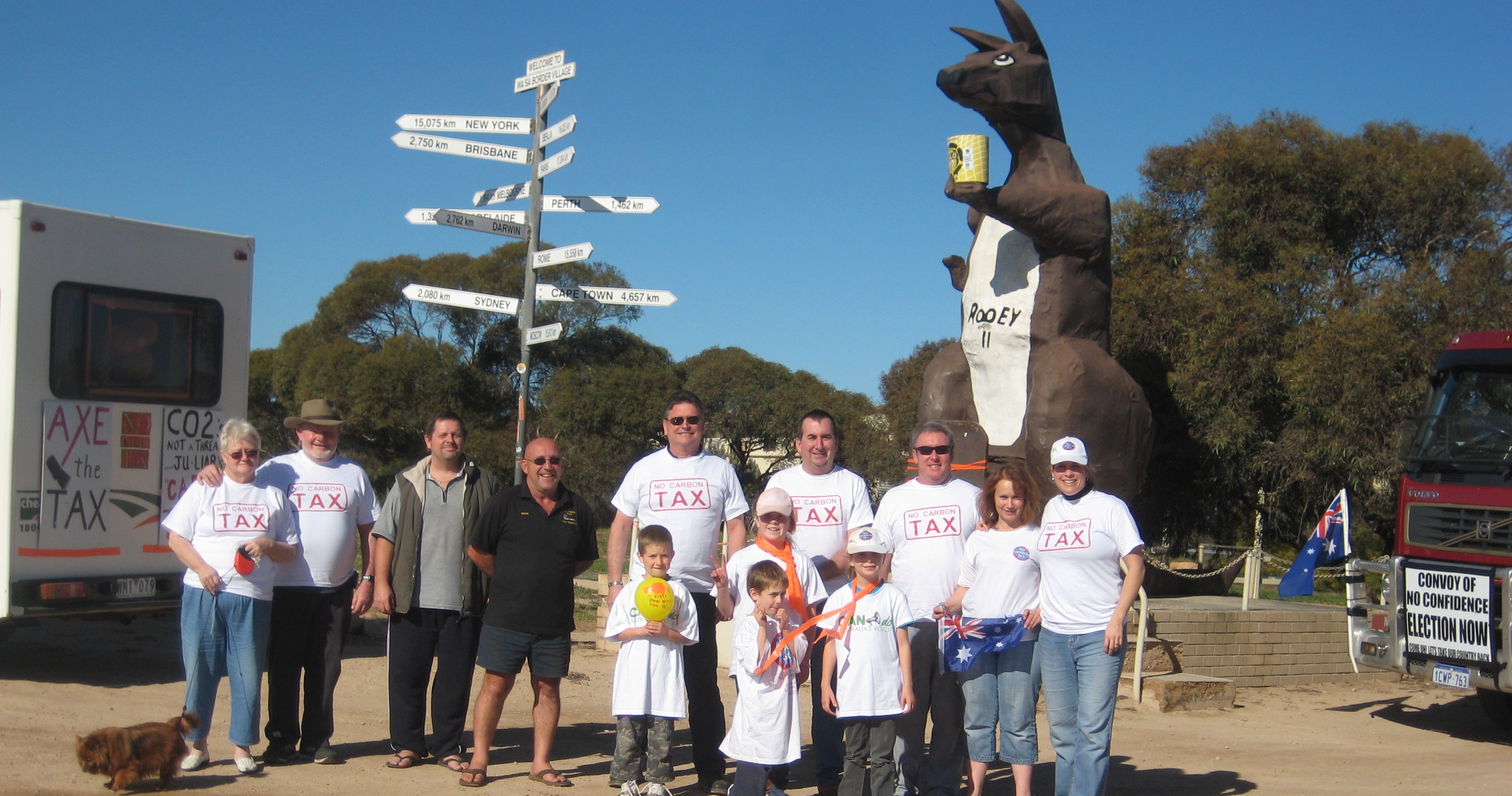 (Photo: Part of our group at the WA/SA border. We’re having a blast!)

One might think that those living in remote areas would be immune from the reach of Big Brother, but if anything, the idiocy is worse. Everyone, it seems, has a horror story.

(Photo: Along the way, people have been greeting us. This group, heading back to WA, were waiting for us to pass by!  I finally had my camera ready for once.  We don’t slow down…just honk and wave and keep our pedal to the metal.)

These true stories need to be told. Indeed, they are told, time after time, to person after person, but the faceless bureaucracy also seems to induce deaf ears. Nobody hears. Nobody is responsible. Nobody can do anything.

And so good, honest citizens become increasingly frustrated and disenfranchised.

Bigger government promising compensation and additional safety nets will not solve this problem, though.

To quote Vaclav Klaus (there is plenty of time to read while crossing the Nullarbor!) in Blue Planet, Green Shackles:

The aggregate outcome of independent actions of millions of informed and rational individuals – unorganised by any genius or dictator – is infinitely better than any deliberate attempt to design the development of human society.

The productive Australians that are affected and hurting don’t want or need anything bar this: for Government to get the hell out of the way. 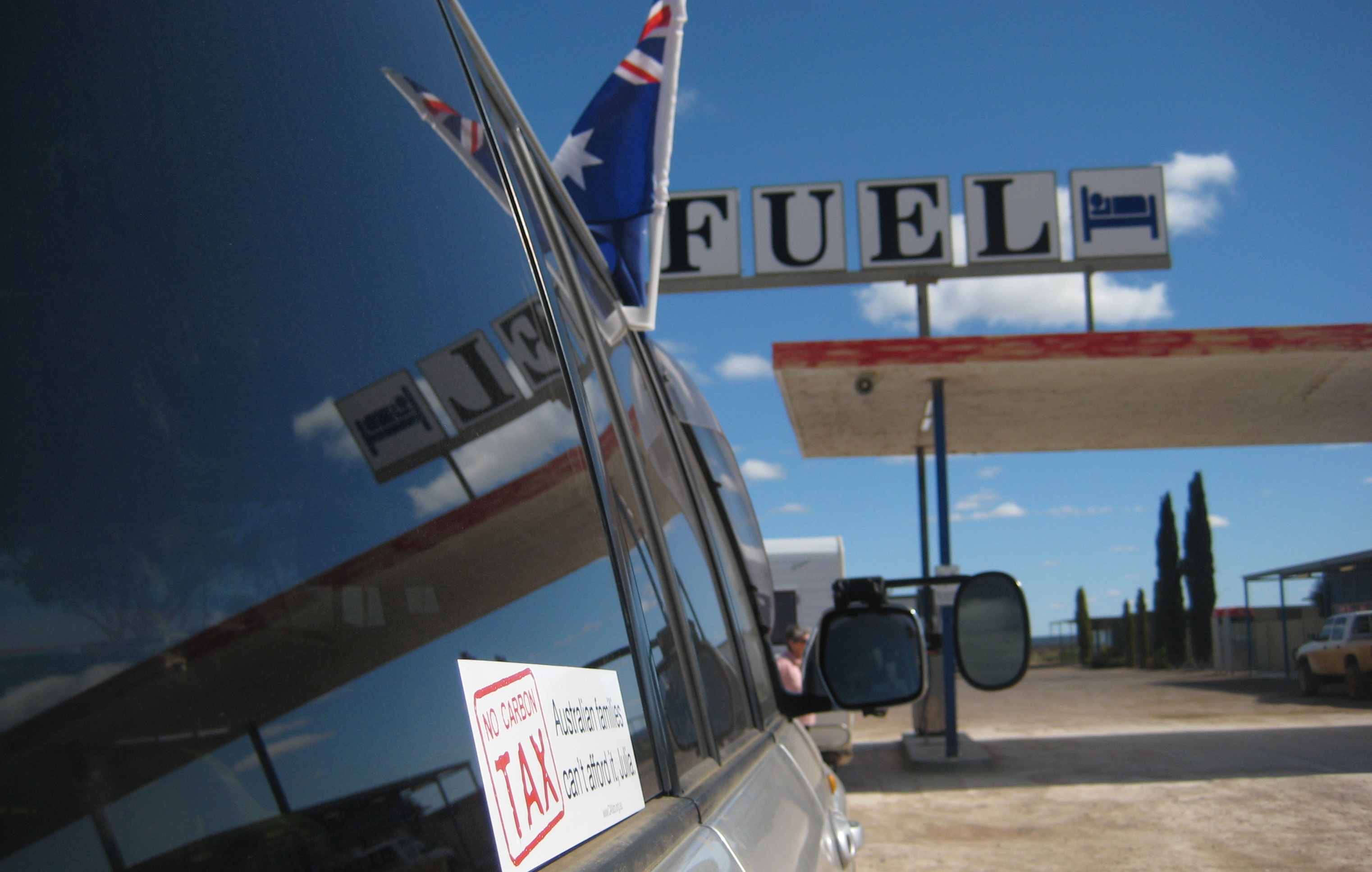 (Photo: Filling with fuel is a core part of traversing the Nullarbor.  I like this pic of the No Carbon Tax bumper sticker with the Aussie flag on Bill & Gwen McAuliffe’s ute and the FUEL sign.  Speaks volumes.)

The Convoy’s listening…and we’re taking a few messages to Canberra.

The Critical Decade: Part I

Time to Put Warmists Under Oath