As a child, I grew up on the edge of the LaTrobe Valley at Rosedale in Gippsland. From the ridge above the LaTrobe River where my parents’ house stood, I could just see the outline of the paper mill at Maryvale and the then new power station at Hazelwood. Over the horizon stood the first power station in the region, built on the edge of a vast brown coal deposit at Yallourn.

My father operated a transport business and we would regularly drive through the thriving towns of Traralgon, Morwell, Yallourn and Moe while delivering stock for sale in Melbourne. The LaTrobe Valley was the great civil achievement of General Sir John Monash, who, after returning from World War I, accepted the position of General Manager of the State Electricity Commission of Victoria. As the Australian Dictionary of Biography records:

His new task was of great public importance, difficulty and attractiveness to an engineer. Making abundant cheap power available by harnessing the huge deposits of Gippsland brown coal would remove a crippling handicap to development of industry.[i]

Since electricity was first turned on at Yallourn in 1924, the LaTrobe Valley was transformed from a series of small towns serving surrounding farming communities to the power hub of Victoria. In the process, it provided the impetus for a thriving economy, based on manufacturing and industry. 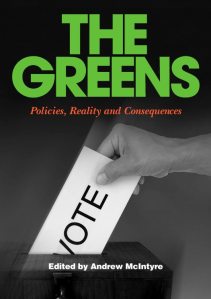 It was part of the attraction for hundreds of thousands of people to migrate to Australia, many of whom settled in the LaTrobe Valley to work at the open cut mines, the power stations and associated industries. A few years ago, I had the privilege, as Immigration Minister, to unveil a monument to these pioneers at Morwell.

This is a chapter of the modern Australian story. It was repeated at many places, including in the Hunter and Illawarra regions in New South Wales, and elsewhere. It is a story of how the ready availability of cheap energy has transformed the world, lifting people out of poverty and generating the economic activity that has raised standards of living for millions of people.

But it is not just a story of economic achievement. It is a story of people’s lives, growing communities, and national prosperity. It is a reflection that with prosperity, hard-working people from all parts of the globe, can live and thrive together.

It is at stake because of a poisonous ideology that has captured some of the political elite, including the current government, in Australia, and threatens to wreak havoc on our national prosperity.

If I lived in the LaTrobe Valley I would be dialling up SEEK on my computer and searching for jobs in Queensland or Western Australia. If brown coal produces the most carbon, the power stations in Victoria must close first.[ii]

I concluded that paper by saying:

What is at stake in the Greens ‘revolution’ is the heart and soul of western civilisation, built on the Judeo-Christian/Enlightenment synthesis that upholds the individual –with obligations and responsibilities to others, but ultimately judged on his or her own conscience and actions – as the possessor of an inherent dignity and inalienable rights. What is also at stake is the economic system that has resulted in the creation of wealth and prosperity for the most people in human history.

Since writing that essay less than a year ago, we have witnessed the spreading tentacles of the Greens ideology. Brought into a formal governing alliance by the Prime Minister, the Green’s agenda is front and centre in national politics, as the events of the past two weeks demonstrate. If the words of Bob Brown and Peter Singer in their 1996 Greens’ manifesto were ever doubted, that their objective was “to transform politics and bring about Green government”, or dismissed as naive, recent events prove otherwise.

Let me remind you that Senator Brown claimed at the National Press Club a few weeks ago that Green dividends had already been achieved,[iv] and the Greens would displace Labor as the dominant party of the left. He also repeated an objective that has long existed in the Greens’ writings, namely, a one-world government. This latter claim attracted some attention from a media which largely has failed to scrutinise the objectives, policies and programs of the Greens for many years.

Thankfully, this is changing. The decision of the Liberal Party in Victoria not to preference the Greens in the recent State election attracted considerable attention, and is widely credited as the event which turned the campaign. But it has been the election to the Senate of former communist, Lee Rhiannon, and the exposure of the Greens’ support during the New South Wales’ election for Global Boycott Divestment and Sanctions policies against Israel that attracted most attention to their agenda.

However, it is important to examine policies, not just personalities. Unless Australians understand that the Greens have hidden an array of radical policies behind the image of warm, caring environmentalists, they will continue to see the national agenda hijacked.

This book, The Greens – Policies, Reality and Consequences, unpacks much of the agenda of the Greens. In 21 chapters, the authors succinctly examine the Greens’ policies and their consequences for our national prosperity. The picture is not attractive.

As the editor, Andrew McIntyre, states in the introduction:

Taken as a whole, the impression given in reading these chapters is that the Greens have an uncontrollable urge to spend, almost everywhere and for everything; a mania for control – through legislation and regulation of both institutions and individuals; a disturbing and unwarranted confidence in central planning and belief that government knows best; an antagonism to initiatives by the private sector or individuals; and at best, a systematic and naïve misunderstanding, both historical and practical, of how the world works.

This conclusion is reflected in many of the contributions. James Allan writes of their “sense of naivety” about the constitution; Sinclair Davidson concludes that they are “economic reactionaries who image a far less prosperous economy and restricted choices”; Alan Oxley describes how living standards would fall under their policies; Greg Melleuish writes about the Greens “old-fashioned ideas of centralized state control”; and Kevin Donnelly observes their intolerance.

Alan Moran describes “their fundamental antipathy to the market system and individual choice”; while Aniello Iannuzzi observes that “the Greens want us to recalibrate the way we think about health into a mindset of rights rather than one of self-reliance and self-improvement.”

Indeed, as the contributions of Iannuzzi and David Smith indicate, the Greens oppose genetic engineering of the crops that would help feed the world, but have no problems with the genetic manipulation of human cells. Likewise, nanotechnology is a modern evil according to the Greens, and to be challenged, as Garth Paltridge points out.

Bob Day concludes that Greens’ policies would be disastrous for home buyers, while Wendy Francis describes how the Greens would transform marriage and family from a social institution centred on the well-being of children to one centred on the self-fulfilment of adults.

Individually and collectively, the authors of this book reveal the totalitarian impulse at the heart of the Green’s ideology. It involves the control over, and the crowding out of, other spheres of national life by the massive expansion of government.

Two recent events underline the point. First, Bob Brown advocated a world government in his remarks at the National Press Club. As Ted Lapkin observes, this would involve the extinguishment of national sovereignty at the hands of an expanded United Nations. As I noted in my essay last year, the expansion of international regulatory bodies is central to the worldwide Green’s movement, who talk of democracy but advocate for a ruling elite.

Since then, Bob Brown has proposed the licensing of the press, with proprietors and others having to pass a “fit and proper person” test before they could publish. The reason? Ostensibly because of unrelated hacking incidents at a British newspaper. More likely, because Brown and his ilk dislike the critical scrutiny that belatedly is being applied to their policies and proposals.

The fact that the Prime Minister seriously considered the idea illustrates the extent to which the Greens have been able to press their radical agenda.

The fact that we are seriously considering closing a power station that produces a quarter of Victoria’s power, without identifying a practical, efficient and timely means of replacing the base-load energy it produces, also illustrates how far the unreal world of the Greens has captured public policy.

This book is a welcome antidote to the poisonous policies of the Greens. It deserves the readership of every Australian who is concerned about the future of this nation.

It will not be the last word on the subject, as more and more of the Green’s proposals are exposed. But it is an important analysis of many of the Greens ideas.

I congratulate the editor, Andrew McIntyre, and the contributors. I commend Connor Court for publishing it. I hope it enjoys wide readership; and I have much pleasure in declaring it officially launched.

[ii] Graham Richardson (2011) ‘Ray of hope as PM discovers the power of prayer’ The Australian, July 12

[iii] Kevin Andrews, ‘The Greens’ agenda, in their own words’, Quadrant, January-February 2011,

Mismanagement on the Murray