Environmental campaigners have been out in force following last year’s release of controversial US documentary, Gasland, a diatribe against shale gas extraction. The alarmist movie played up the “environmentally catastrophic” impact of the process used to extract the gas – pollution of water, degrading of air and water, devastation of aquatic and forest ecosystems. No matter that the Australian gas industry is subject to some of the toughest environmental conditions in the world, our local activists have jumped on board predicting similarly dire consequences from local mining.

But before Australia succumbs to this alarmist propaganda, it is worth taking a look at where this foolishness is leading some European countries, particularly France. The French parliament has just made the momentous decision that recovery of shale gas is permitted provided the process involves no “hydraulic fracturing.” That’s rather like saying that commercial aviation is fine so long as no planes are involved.

Hydraulic fracturing or “fracking” is an essential part of this important technology, which despite significant teething problems, is already creating major fresh energy sources around the world. 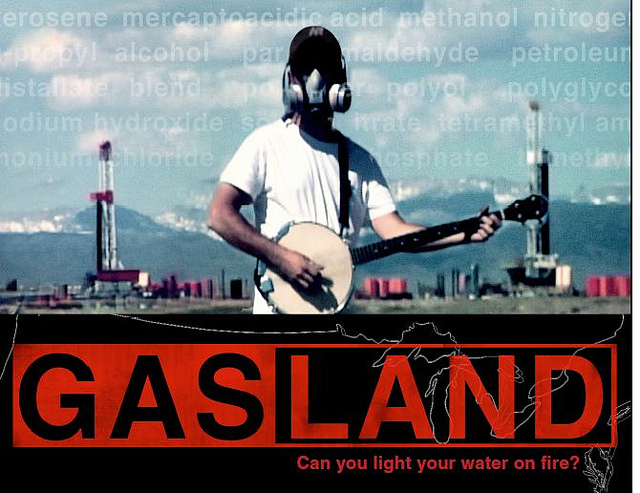 But first – some history. Five years ago, North American authorities were alarmed by the growing dependence of their country on imported natural gas, often from suppliers in unstable or politically hostile countries. Ongoing construction of large new terminals for tankers to transport liquefied natural gas from the Middle East, Indonesia, Australia and other exporting regions angered many environmentalists, who feared leaks and accidents, but these concerns were discounted by US authorities who calculated that within a decade, the country would have to import almost all its natural gas. Then, quite suddenly, technological advances allowed the extraction of gas from a new source – shale gas. This resource had been known for over a century but previously the gas could not be extracted from such low-permeability rocks.

The new technology involves horizontal drilling to provide better access to flat-lying sedimentary strata combined with a process, called hydraulic fracturing or “fracking”, in which mixtures of water, sand and chemical additives are injected at high pressure into the shale to increase its permeability and extract the products – mainly gas and also some oil.

The USA will now meet most of its domestic demand for the next decades, the terminals are no longer needed and there is a surplus of gas on the global market. What are the consequences? The prices of oil and gas both dropped drastically during the 2008 financial crisis yet, unlike the oil price, which rose dramatically in the past year, the gas price has remained at a low level – due to the sudden availability of shale gas. Consumers throughout the world benefit.

Natural gas is the cleanest fossil fuel and one of the cleanest sources of energy; for same amount of heat, it emits 30% less carbon dioxide than oil and 45% less than coal. It emits 60-90% less smog-producing pollutants and produces no solid residue, and has a high thermal content. Because of this, it is used extensively as a heat source in homes, factories and thermal power stations. Many countries have constructed gas-fired power stations to reduce greenhouse gas emissions.

But what of the Gasland claims of environmental damage from the extraction process? The true impact of shale gas production in the USA on the local environment and on human health is strongly debated; properly documented examples of pollution are very few and certainly minor in view of the 35,000 wells that are drilled per year. An objective appraisal of the situation will only appear next year with the publication of a thorough report by the US Environmental Protection Agency. The agency will certainly recommend tighter regulation of the industry.

Objective evaluations like that of the UK based Tyndall Centre of Climate Change Research conclude that the environmental risks of shale gas production are manageable (their recent report was broadly anti shale gas, mainly because a source of abundant relatively clean fossil fuel would decrease the funding for the search of renewable alternatives – an argument rather like demanding an end to research on the treatment of a disease like HIV-AIDS because it drains money from research into prevention of the disease). The energy and climate change committee of the UK parliament also recommended that exploration for shale gas should go ahead.

Many of the practices of US companies are scandalous and will certainly be forbidden by measures soon to be taken by US authorities. The chemicals used in fracking cannot remain secret – the list must be disclosed and chemicals that pose serious health risks will be forbidden. The exemption from the clean water and air acts must be revoked. And the drilling and long-term maintenance of drill holes must be subject to tight regulation. Despite continuing opposition from the US natural gas industry, these measures will gradually be introduced. In the words of Abrahm Lustgarten, a US reporter who did much to reveal the shoddy practices of some US operators, the environmental issues related to the extraction of shale gas “can be readily addressed by the employment of best drilling practices, technological investment, and rigorous regulatory oversight.”

It is nonsensical to suggest that the extraction of shale gas in France or in Australia will run into the problems exposed by Gaslands. Just as Europe and Australia do not take Los Angeles as a model for urban development, there is no reason to take the highly questionable practices of the fledgling US shale gas industry as a model for future shale gas production.

Geological formations like those producing gas in the USA and Canada are known in Poland, Germany, Sweden, Hungary, Romania, France and Great Britain. The German government, which has painted itself into a corner by its promise to close nuclear power plants, hopes that shale gas would help free the country from “Russian energy-hegemony”. Exploration is underway in Poland and Austria. Even without domestic exploitation, Europe, like most of the world, benefits from the downward pressure on gas prices from large-scale exploitation of shale gas in the USA.

The decision of the French parliament means the country will cut itself off from a major domestic source of relatively clean energy and will continue to buy all but 3% of its natural gas at a cost of about 4 billion euros per year. The country is strongly in debt, delocalization of minor factories to Eastern Europe caused a nation-wide outcry, and the Fukushima accident will put pressure on the nuclear power industry. This alone is not catastrophic; more worrying is the precedent set by the rapid back-down of politicians in the face of a well publicized but poorly informed ecological movement. The economic aspects of the issue, the scientific basis of the claims of environmentalists, the role of the media in promoting propaganda like Gasland, and the difference between the US and European systems, all received minimal publicity. Important decisions governing the future of an economically fragile country like France should not be made this way.

What about Australia? The country is a major natural gas producer and exporter, and the low global gas price hurts exporters. Exploration for shale gas is underway in the Cooper and Canning Basins, but these resources may not be economically viable. Shale gas is produced cheaply in densely populated parts of the USA and Europe partly because the source is close to consumers. In these countries, gas-fired power stations are an attractive back-up for intermittent renewal energy sources like wind or solar power. When the wind stops or the sun sets, gas turbine equipped power stations can be turned on quickly whereas a coal fired power station takes many hours to fire up. Australia produces only a small fraction of its energy from such renewable sources.

In Australia the debate centres on coal-seam gas, a major new source of gas for export, especially from Queensland. Coal seam gas (CSG), also called “coal bed methane”, is recovered from coal seams, when pressure on the coal seam is reduced, usually by removal of water from the seam. When the permeability is not high enough for the gas to be recovered from the seam, fracking is used. The arguments against CSG parallel those surrounding shale gas in Europe and the USA – ecowarriors warn consumers about the “health impacts of CSG”: by mentioning canaries in coal mines (used to warn miners about toxic carbon monoxide or explosive methane) the false impression is given that natural gas is poisonous. In Europe and USA, an important issue is the consumption of water used for fracking (large, but negligible compared to the needs of agriculture); in Queensland, as well as the perceived issues with fracking, there is the additional problem of the disposal of saline water pumped from coal seams.

But all these problems can be overcome with tight regulations and careful monitoring. In quite a different sphere Australia has shown how this can be done, with the cautious approach it has taken to the use of GM crops which are totally banned in Europe. Australia very sensibly allows GM crops to be grown under tightly controlled conditions – providing an excellent model for future production of non-conventional gas and a victory for common sense.

The author: Nicholas T. Arndt, an ANU graduate, is a Professor of Geology at Maison des Géosciences, Grenoble, France, and author of several books on economic geology. His newest book, Metals and Society: an introduction to economic geology, is to be published by Springer at the end of the year.

Open Letter to an Alarmist Shill

One Good Thing About Trump…

Plotting a course for disaster