Control the language, and you control the outcome of any debate

Each of the following ten numbered statements reproduces verbatim, or almost verbatim, statements made recently by Australian government leaders, and repeated by their media and other supporters. The persons making these arguments might be termed (kindly) climate-concerned citizens or (less kindly, but accurately) as global warming alarmists. 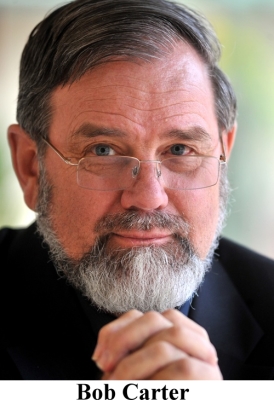 Despairing of ever hearing sense from such people, some of whom have already attributed the cause of the devastating Japanese earthquake to global warming, a writer from the well regarded American Thinker has badged them as “idiot global warming fanatics”.

Be that as it may, most of the statements below, self-evidently, were crafted as slogans, and all conform with the obnoxious and dishonest practice of political spin – in which, of course, the citizens of Australia have been awash for many years. The statements also depend heavily upon corrupt wordsmithing with propaganda intent, a technique that international Green lobbyists are both brilliant at and relentless in practising.

The ten statements below comprise the main arguments that are made in public in justification for the government’s intended new tax on carbon dioxide. Individually and severally these arguments are without merit. That they are intellectually pathetic too is apparent from my brief commentary on each.

It is a blight on Australian society that an incumbent government, and the great majority of media reporters and commentators, continue to propagate these scientific and social inanities.

Carbon dioxide is a natural and vital trace gas in Earth’s atmosphere, an environmental benefit without which our planetary ecosystems could not survive. Increasing carbon dioxide makes many plants grow faster and better, and helps to green the planet.

To call atmospheric carbon dioxide a pollutant is an abuse of language, logic and science.

2. We need to link much more closely with the climate emergency.

There is no “climate emergency”; the term is a deliberate lie. Global average temperature at the end of the 20th century fell well within the bounds of natural climate variation, and was in no way unusually warm, or cold, in geological terms.

3. Putting a price on carbon (sic) will punish the big polluters (sic).

A price on carbon dioxide will impose a deliberate financial penalty on all energy users, but especially energy-intensive industries. These imaginary “big polluters” are part of the bedrock of the Australian economy. Any cost impost on them will be passed straight down to consumers.

It is consumers of all products who will ultimately pay, not the industrialists or their shareholders.

4. Putting a price on carbon (sic) is the right thing to do; it’s in our nation’s interest.

The greatest competitive advantage of the Australian economy is cheap energy generated by coal-fired power stations.

To levy an unnecessary tax on this energy source is economic vandalism that will destroy jobs and reduce living standards for all Australians.

5. Putting a price on carbon (sic) will result in lower carbon dioxide emissions.

Economists know well that an increase in price of some essential things causes little reduction in usage. This is true for both energy (power) and petrol, two commodities that will be particularly hit by a tax on carbon dioxide emissions.

Norway has levied a tax on carbon dioxide since the early 1990s, despite which a 15% INCREASE in emissions has occurred.

At any reasonable level ($20-50/t), a carbon dioxide tax will result in no reduction in emissions.

6. We must catch up with the rest of the world, who are already taxing carbon dioxide emissions.

They are not. All hope of a global agreement on emissions reduction has collapsed with the failure of the Copenhagen and Cancun climate meetings. The world’s largest emitters (USA and China) have made it crystal clear that they will not introduce carbon dioxide tax or emissions trading.

The Chicago Climate Exchange has collapsed, chaos and deep corruption currently manifests the European exchange and some US states are withdrawing from anti-carbon dioxide schemes.

Playing “follow the leader” is not a good idea when the main leader (the EU) has a sclerotic economy characterised by lack of employment and the flight of manufacturers overseas.

7. Australia should show leadership, by setting an example that other countries will follow.

Self-delusion doesn’t come any stronger than this.

For Australia to introduce a carbon dioxide tax ahead of the large emitting nations is to render our whole economy to competitive and economic disadvantage for no gain whatsoever.

8. We must act, and the earlier we act on climate change the less painful it will be.

The issue at hand is global warming, not the catch-all, deliberately ambiguous term climate change.

Trying to prevent hypothetical “dangerous” warming by taxing carbon dioxide emissions will be ineffectual, and is all pain for no gain.

9. The cost of action on carbon (sic) pollution (sic) is less than the cost of inaction.

This statement is fraudulent. Implementing a carbon dioxide tax will carry large costs for workers and consumers, but bring no measurable cooling (or other change) for future climate.

For Australia, the total cost for a family of four of implanting a carbon dioxide tax will exceed $2,500/yr* – whereas even eliminating all of Australia’s emissions might prevent planetary warming of 0.01 deg. C by 2100.

10. There is no do-nothing option in tackling climate change.

However, it is also the case that there is no demonstrated problem of “dangerous” global warming. Instead, Australia continues to face many self-evident problems of natural climate change and hazardous natural climate events. A national climate policy is clearly needed to address these issues.

It is to prepare carefully for, and efficaciously deal with and adapt to, all such events and trends whether natural or human-caused, as and when they happen. Spending billions of dollars on expensive and ineffectual carbon dioxide taxes serves only to reduce wealth and our capacity to address these only too real world problems.

Preparation for, and adaptation to, all climate hazard is the key to formulation of a sound national climate policy.

Professor Bob Carter is a geologist, environmental scientist and Emeritus Fellow at the Institute of Public Affairs.

*Assuming a tax rate of $25/tonne of CO2, and Australia’s emissions being 550 million tonnes, indicates a total cost of $13.8 billion. Spread across a population of 22 million persons, that equates with $627/person/year.