A new book, critical of the climate change establishment, is additionally noteworthy because the author, Mark Lawson, is a senior journalist who writes on environmental matters for the Australian Financial Review.

While large Australian publishers ignore climate warming sceptics a small publisher, Connor Court, continues to give writers with something to say a platform and the opportunity to be read by an ever growing readership:

Activists and even some scientists will tell you that the science behind the expected major warming of the globe is rock solid. In fact, the projections of temperature increases in coming decades are based on entirely unproven forecasting systems which depend on guesses about crucial aspects of the atmosphere behaviour and the all-important oceans. In addition, these forecasts use carbon dioxide emission scenarios that have been generated by economic calculations rather than from science, and parts of which are already hopelessly wrong less than a decade after they were made. 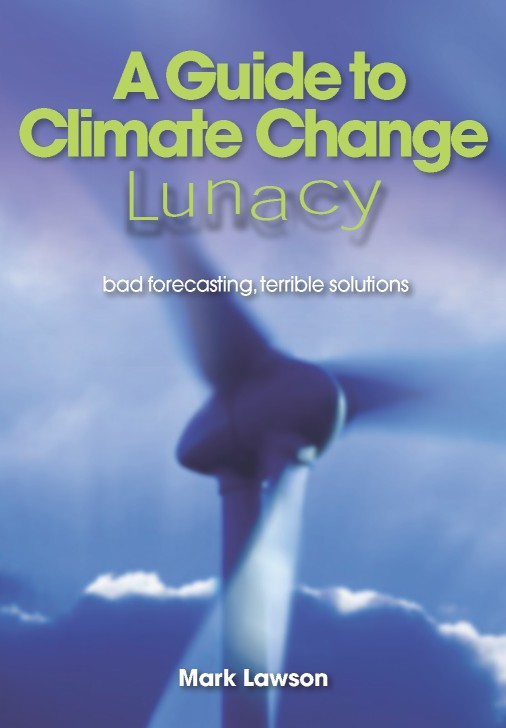 As Mark Lawson explains in this book, in layman’s language, this lunacy has been compounded by further forecasts based on these already deeply flawed projections and combined with active imaginations, to produce wild statements about what will happen to plant, animal, bird and marine life, as well as coral reefs, hurricanes, sea levels, agriculture and polar ice caps. The books shows that these projections are little more than fantasy.

On top of all this lunacy activists, aided and abetted by some scientists, have proposed a range of solutions to the supposed problem that are either never going to work, such as an international agreement to cut emissions, or are overly complicated and expensive for no proven return, such as carbon trading systems and wind energy. None of these proposals have been shown to be of any use in reducing carbon emissions, outside of theoretical studies. Where wind energy has been used in substantial amounts overseas the sole, known result has been very expensive electricity for no observed saving in emissions.

Mark Lawson is a senior journalist on the Australian Financial Review. He has a science degree from Melbourne University, and has been a science writer, editorial writer and Perth bureau chief for the Review. He now edits a series of reports for the AFR, including environmental reports.