Where to from here?

[This commissioned essay was rejected by the ABC’s The Drum. See "ABC’s iron curtain descends" here…]

February 2010 provided a snapshot of the global warming debate that may help explain why recent public opinion has shifted away from the need for urgent and deep action on climate change. It was a month of contrasts that at the end has many of us asking: Well, where to from here?

On the one hand in Australia we had a relatively low key speaking tour by Lord Monckton of Benchley that was poorly reported by the mainstream press. A tour organized and paid for by the public in which his lordship, accompanied by geologist Professor Ian Plimer, went to great lengths to speak directly to the people and provide information on the issue of climate change. On his way around the country Monckton toured the Precambrian tillites of the Flinders Ranges deposited near the equator at a time when CO2 concentrations were 10 times what they are now, and learnt about the Curly Mallee – a tree that preferably grows on dolomite deposited during that time that sequestered considerable CO2.  He made himself available at all hours of the day for interviews and engaged in vigorous public debate on the science of climate change with noted Australian scientists including climate scientist Prof Barry Brook and computer scientist Dr Tim Lambert (the self proclaimed Lord of Maroubra). Monckton tells the audience that he might be wrong, and advises everyone to further investigate the matter for themselves. Lord Monckton’s conclusion was simple: the IPCC has overstated the climate’s sensitivity to increased atmospheric carbon dioxide concentrations, and as such the certainty over the projected temperature increases has been exaggerated.

On the other hand, also paid for by the public, though not quite in the same manner, we have 5 fanciful articles by former (and future?) Greens candidate Clive Hamilton posted here on the taxpayers ABC. Combined, these articles have said nothing about the science of climate change; they did not engage the public but instead were directed at bolstering entrenched opinions of a small but influential group of self proclaimed inner city intellectual elitists  who tend to read or scoff at online opinion pieces (such a this one). Instead of debating science Hamilton revealed a mysterious conspiracy of hateful emailers, whom he alleged were egged on by columnists Andrew Bolt and Tim Blair, and author of the Skeptics Handbook Jo Nova, all allegedly funded by Big Oil. According to Clive this nefarious band have somehow manipulated the debate to sway a supposedly gullible populace away from the “green light” such that they are no longer willing to hand over their car keys, plasma TVs, and international holidays. Hamilton tells the public to bow to the authority of the IPCC. Like Lord Monckton his conclusion is also simple: we’re all going to fry.

So on the one hand Lord Monckton debates the scientists, tells us to check the facts for ourselves and calmly tells us, perhaps in slightly confected strine: “She’ll be right mate”; on the other, a panicky Clive Hamilton wants us to duck our heads to the IPCC and concocts an international right wing conspiracy involving a band of Bad Bloggers funded by Big Bad Oil. With this in mind who is the public more likely to put their trust in?

Of course these events form but a small side show to the real contest. To the continuous torrent of demented discourse that passes for parliamentary debate on what to do about climate change. In the house on the hill, black and white viewpoints, cast from the lower parts of the reptilian brain, have been bouncing back and forth across the dispatch boxes like carbon dioxide molecules moving in the lower troposphere for the last decade. The only outcome to date has been political spin and cliché designed to confuse, confound and cajole the electorate into subservience. Under the weight of such a scare campaign that covers over the scientific uncertainties, is it any wonder that a simple message such as “She’ll be right” has such resonance?

Former Labor minister Gary Johns has provided one way forward that has been largely ignored by current politicians. Johns has condensed our job in the face of scientific uncertainty to two simple words: “Buy Time”. In contrast our current government spurred on by the likes of Hamilton desire to leap over the barricades chasing phantoms yet to crystallise from the miasma. When these demons finally coalesce, in the distant decades, one only hopes that the policy decisions made blindly in the dark of current uncertainty will provide the right tools for the job in the future, and not just a bag full of programmatic specificity.

The role of the scientist in this debate, is as it has been: to continue to diligently report the facts, test the theories, to be honest, to be skeptical, to avoid hyperbole, to properly outline the errors and uncertainties, to avoid activism. Of the role of scientists Richard Feynman stated: “In summary, the idea is to give all of the information to help others to judge the value of your contribution; not just the information that leads to judgement in one particular direction or another”.

So where to from here? Contrary to the claims of Clive Hamilton the world has time to wait to get the science right to allow the politicians to get the policy right. In 10 years time the issue of climate sensitivity will be known with a certainty that will allow politicians to confidently devise an appropriate policy response. In the mean time there remains plenty of low hanging fruit to pick from the branches.

So why the change in public mood. Left with a choice between “She’ll be right” or, “you’re all going to fry thanks to Big Bad Oily Bloggers”, is it any wonder the public are increasingly adopting the rational position of informed skepticism that embraces scientific uncertainty over the hysteria of alarmists who choose to deny it.

Marc Hendrickx has worked as a geologist since completing a BSc (Hons) at Latrobe University in 1993. 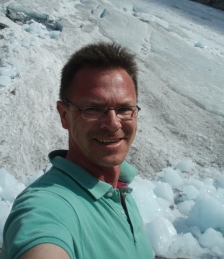 His work has included making geological maps for government geological surveys in the Victorian Alps, the deserts of central Australia and in the dry plains of western New South Wales. Since 2001 he has worked as an engineering geologist specialising in assessing geological risks to transport infrastructure. He has won a number of awards for his work. In 2009 he completed a Masters of Philosophy at Macquarie University which earned a Vice Chancellors Commendation.

As a geologist Marc sees the effects of natural climate change written into the rock record every time he steps onto an outcrop. He doesn’t need a computer model to tell him the climate’s changing. Prudence rather than precaution unfettered reason should be exercised in determining a policy response to the hypothesis of dangerous anthropogenic global warming. More pressing social and environmental problems are being lost in the haze as we continue to be distracted by carbon dioxide.

The Bureau of Meteorology’s Climate of Deceit