Journalist and broadcaster Mike Carlton in the Brisbane Times December 11, 2009:

For all the quibbling of the deniers, the scientific evidence that climate change is real and caused, in great part, by human action, is overwhelming. Trapped in their provincial swamp of ideological correctness, [Senator Nick] Minchin and his ilk learn nothing and forget nothing.

And travelling with them, as always, are the drum-bangers of the toxic media right. The likes of Melbourne’s village idiot, Andrew Bolt of the Herald-Sun, Alan "the Parrot" Jones, and that gaggle of sclerotic reactionaries clustered around the op-ed pages of The Australian and Quadrant magazine fly in the face of fact and reason. A difficult feat with your head stuck in the sand, admittedly, but somehow they do it.

These people are not merely deluded. They are downright dangerous. 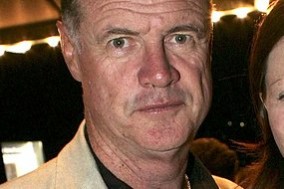