While there has been much grinding and munching about the conduct of climate-change scientists and their outrageous support of fear-mongering claims, by most of them, and the lack of any challenging questioning of these dishonest claims, by most of them—little light has fallen upon the other parties of the climate change movement—the politicians.

The political side of the climate change debate is possibly the most important aspect of the whole issue, as without political support the wails of global-warming theorists would amount to very little. Like “mobile phones cause brain tumours” or “alcohol kills brain cells” it would be just one of many horrors the scientific world likes to drop into our daily lives with a certain perverse relish. We just go on living as best we can. 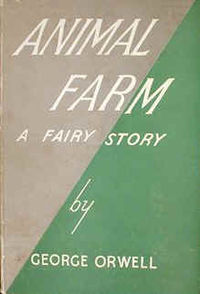 A crucial misconception promoted by the human-induced-global-warming crowd is that climate-realists are like barbarian hordes, intent on destroying the planet Earth—as they know it. Destroying glaciers, destroying ice-caps, allowing ocean to rise and islands to sink, nourishing deserts and bashing up coral reefs. But nothing could be further from the truth. Climate realists want air you can’t see, air you can’t smell, lush green landscapes and polar bears plentiful and free to lunch on innocent, sleeping seals. Climate realists love the earth—but they are also partial to the truth.

Most sceptics find appalling the Orwellian Animal Farm structure that represents the way global warming theorists and the IPCC have actively gone about promoting their theory. The farmyard was certainly under the thumb of Napoleon for a while. And Napoleon is always right, and Boxer the workhorse is going to the knackery — just like climate sceptics should be. But the animals are getting restless and asking awkward questions.

Which gets us to the politicians. Kevin Rudd, having fallen for the notion of “four legs good—two legs bad”, and embraced the environmentalists idea that “all animals are equal, but some animals are more equal that others”, is determined to save us from ourselves. Dr Richard Landres of Boston University recently noted; “Scenarios like the Millennium Bug and Global Warming have a special secular appeal because they are situations we create ourselves, and so we think we can solve them.”

Kevin Rudd’s government cannot solve the problem (if it is one) of increased CO2 in the atmosphere and he knows full well he can’t. The notion of an ETS, a carbon tax, batts in the roof of a million homes and the occasional belfry, endless lines of Prius and Hybrid Camry Toyotas clogging our lanes and byways, and the glitter of a billion solar panels to say nothing of the gentle hum from fields of whirling wind-turbines, will make absolutely no impact on reducing Australia’s carbon emissions. None, what-so-ever! 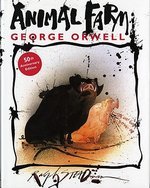 For every effort made by citizens will be lost, because of two forces that drive our present economic reality — exports and population growth. And Napoleon Rudd is saying little about either in regards to the carbon footprints of population growth or exports—fossil-fuel exports.

While millions of Australians are honestly going about “doing their bit” for the planet, our government is busily going about creating industry expansion in things like new coal mines and LNG processing plants. Which is a good thing… it’s just the blatant hypocrisy involved that is so sickening. Take LNG processing plants. Large amounts of the natural gas that is processed into LNG is burnt as energy at the Australian processing plants during the process that extracts the impurities of the natural gas to enable it to be turned into the frozen end product— LNG. That process reduces the purified gas to -160 C degrees, ready to load in its frozen state onto LNG tankers bound for the orient.

According to Professor Michael Griffin of the Carnegie Mellon University of Pittsburgh, liquefying, transporting, and re-gasifying at the user-end uses tremendous amounts of energy and some gas is lost as “fugitive emissions” along the way. Carbon and methane emissions leave a CO2-methane trail along the LNG journey. We never hear about this.

For every extra million tons of coal exported from Australia approximately 2.5 million tonnes of CO2 will be released into the Northern Hemisphere atmosphere when this is burnt as fuel. The latest announcement by Clive Palmer of the proposed mining of 7.4 billion tonnes of coal from Queensland’s Galilee basin will equal about 18.5 billion tonnes of CO2 into the atmosphere when this coal is burnt in China. It doesn’t take a Rhodes scholar to realise that grandma going vegetarian and you un-plugging your TV at night is not going to have any impact on … well anything!

The second CO2 area where Kevin Rudd, like some Elizabethan alchemist, is trying to turn base-argument into green-gold, is in the area of population growth. Both political parties are talking of a 5% reduction of CO2 by 2020 of Australia’s present emission of 600 million tonnes of CO2. That’s a reduction of 138 million tonnes. With the population expected to increase to 25.2 million by 2020—with an estimated increase of CO2 of 184 million tonnes for these extra consumers, the population increase knocks out any possible chance of the 5% goal ever, ever, ever being reached.

As with England during WWII, the only way consumption will be reduced is by rationing and that’s going to be interesting exercise! Notions of building vast wind farms and solar collectors have to be assessed against the carbon footprint that these objects incur. Steel, concrete, glass, aluminium, plastic, fibreglass all take energy to produce and the CO2 used in production needs to be taken into account before any CO2 reduction can be calculated. Extra population will need houses, manufactured goods, cars, work, industry and a lot of extra farming acres (and flatulent sheep and cows) to provide food and clothing.

Another Napoleon trick used by Kevin Rudd, Penny Wong and the Labor party is a never ending attack on coal-fired power generating companies. What they never say is that the vast majority of these power stations were built by state governments and later sold off to private enterprise. Rudd carries on as though coal-fired power stations were some nasty capitalist enterprise putting greed before ethical considerations.

Meanwhile back at Animal Farm, or more correctly Manor Farm, the animals are becoming restless. Sermonic Napoleon and his hench-pig, Squealer, are losing control. The other farm animals are beginning to wake up. They’ve been conned.

Muriel a wise old goat (who can read) teams up with Clover to discover that Napoleon is continually changing the Seven Commandants.

It all sounds a bit too familiar.

Burn the Rich, Cool the Planet

Rudd science based on a lie