Ian Plimer’s new book, Heaven and Earth, is about to be published:

The Earth is an evolving dynamic system. Current changes in climate, sea level and ice are within variability. Atmospheric CO2  is the lowest for 500 million years. 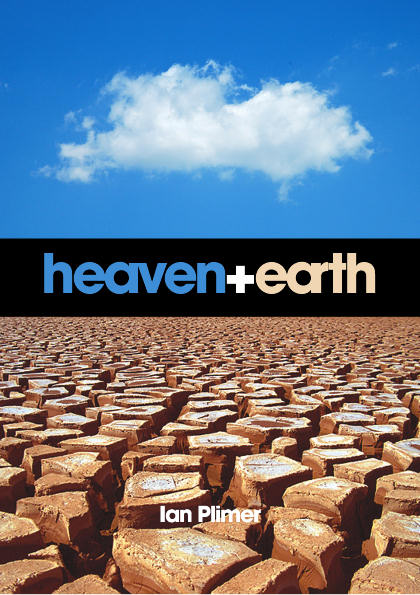 Climate has always been driven by the Sun, the Earth’s orbit and plate tectonics and the oceans, atmosphere and life respond. Humans have made their mark on the planet, thrived in warm times and struggled in cool times.

The hypothesis that humans can actually change climate is unsupported by evidence from geology, archaeology, history and astronomy. The hypothesis is rejected.

A new ignorance fills the yawning spiritual gap in Western society. Climate change politics is religious fundamentalism masquerading as science. Its triumph is computer models unrelated to observations in nature.

There has been no critical due diligence of the science of climate change, dogma dominates, sceptics are pilloried and 17th Century thinking promotes prophets of doom, guilt and penance.

When plate tectonics ceases and the world runs out of new rocks, there will be a tipping point and irreversible climate change.