AUKUS, Much More than Submarines 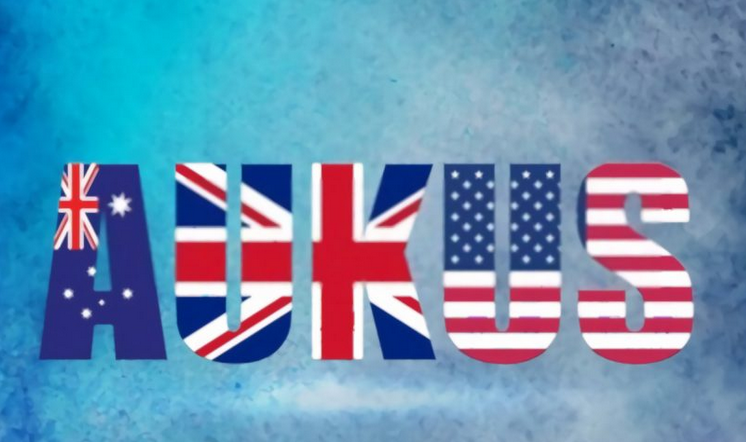 During his now-famous visit to the United States in September 2001, John Howard attended a ceremony at the United States Navy Yard in Washington DC to honour the 50th anniversary of the signing of the ANZUS Treaty. Symbolically, then-president George W. Bush passed over to Howard the bell from the Baltimore-class cruiser USS Canberra. Howard, in turn, remarked fondly of the bond that existed between the US and Australia and the importance of the ANZUS Treaty. For Howard,

…our two nations and our two societies have demonstrated to the world that values based on freedom and individual liberty in the end win acceptance. But they only win acceptance if behind the commitment is a determination on the part of nations who believe in those values to defend them, if necessary fight for them, and always be ready to repel those who would seek to take those freedoms away.

The bond between our two nations was further strengthened by the terrorist atrocities that took place the following day, September 11.

The bonds between Australia and her long-time trading partner, the United Kingdom, are also strong and deep. A relationship underpinned by shared heritage and values, our two countries are closely aligned and actively co-operate across a wide range of foreign policy, defence, security, intelligence, trade and economic issues. As members of the Five Eyes intelligence alliance, a stable, secure and prosperous lndo-Pacific region is equally front of mind for our British friends.

Two decades after 9-11, and marking the 70th anniversary of ANZUS, then-prime minister Scott Morrison announced alongside then-UK prime minister Boris Johnson and US President Joe Biden (in a virtual press conference) the creation of an enhanced trilateral security partnership – AUKUS. As the three leaders agreed: ‘For more than 70 years, Australia, the United Kingdom, and the United States, have worked together, along with other important allies and partners, to protect our shared values and promote security and prosperity. With the formation of AUKUS, we recommit ourselves to this vision.’

Much was made of the ‘historic’ and ‘landmark’ announcement at the time, and the nuclear-powered submarines that Australia would gain from it. Former Treasurer and Australian Ambassador to the United States, Joe Hockey, spoke of AUKUS as being a ‘game changer’ for Australia’s military security and seeing it as ‘ANZUS 2.0’. Kim Beazley, former Australian Defence Minister and Ambassador to the United States, regarded it ‘as the starting of a new phase in the Alliance.’ Anthony Albanese, then-Opposition leader (and given a day’s notice) offered Labor’s conditional endorsement. Later, as prime minister, he regarded AUKUS as ‘important’. Biden was said to be hesitant, describing as ‘clumsy’ the blind-siding of the French government over the cancellation of the French contract for building Australia’s next-generation submarines ahead of the AUKUS announcement. Despite his reticence, Biden’s recently released National Security Strategy emphasises the need for ‘integration with allies and partners through investments in interoperability and joint capability development, cooperative posture planning, and coordinated diplomatic and economic approaches’. With the mid-term election results seeming to vindicate Biden’s agenda, the President can now reengage with AUKUS.

AUKUS is about more than submarines. The partnership seeks to deepen diplomatic, security, and defence cooperation in the Indo-Pacific region by promoting deeper information- and technology-sharing as well as a deeper integration of security and defence-related science and technology. For the shared vision of a deepening cooperation on a range of emerging security and defence capabilities, and enhancing joint capability and interoperability, much work is needed.

According to Peter Jennings, former executive director of the Australian Strategic Policy Institute (ASPI), AUKUS planning is moving at a ‘lightning pace’. Jennings contends that agreements have been struck for exchanging information on the US’s highly secret nuclear-propulsion technology and on training Australian personnel. This is most welcome. The question remains, however, whether Australia (and Defence) can meet its obligations given the many obstacles we face, namely a workforce challenge and an anti-nuclear sentiment in the community.

While there will always be some academics unable or even unwilling to support initiatives involving the US military, AUKUS presents a unique opportunity for research leaders in cyber capabilities, artificial intelligence, and quantum technologies to shine. Impact research at its best. UNSW Sydney is ranked number one in Australia for quantum technologies. Closer to home, UNSW Canberra is leading research into cyber capabilities and information operations.

Across the lake, Brian Schmidt, Vice-Chancellor of the Australian National University is adding his voice by arguing that Australia ‘must pull its own weight and develop sovereign capability to operate and maintain the fleet’ requiring ‘the integration of military, industry, government and academia to create an entirely new sector of the economy.’ Schmidt is spot on. He is also right in urging the Government to remove barriers preventing universities from being more dynamic in meeting national capability priorities. We cannot miss this opportunity.

Leadership is essential for AUKUS to succeed. As Jennings cautions, ‘if AUKUS breaks, ANZUS breaks’, bringing with it serious questions of the US-Australia relationship. We need champions for AUKUS, from all walks of life. Australian business leaders must be willing to actively promote the benefits of jobs and prosperity resulting from AUKUS. Australia’s universities must also play their part. We cannot expect Joe Hockey and Brian Schmidt to be the only people in Australia spruiking this partnership.

I wrote earlier this year that Richard Marles, Australia’s 58th Defence Minister, has entered a position where ministers, on average, have only 683 days to make a difference. His first 175 days have been impressive. He has had much on his plate since June, with the pace unrelenting: high-level AUSMIN talks next month, the Houston-Smith strategic review, and this week initiating a probe into former ADF personnel sharing state secrets, to list a few challenges. Marles is all too aware the Defence ‘graveyard’ is littered with the careers of former ministers. This should not deter him in fighting for our rightful seat at the AUKUS table. Australia has always been and remains a valuable and reliable ally. The next 100 days will perhaps be the most important in Marles’ career. Australia’s national security future is depending on him.

Andrew Blyth is manager of the John Howard Prime Ministerial Library at the Museum of Australian Democracy and a doctoral student in public leadership. He is a Fulbright Scholar in Australian-US Alliance Studies

3 thoughts on “AUKUS, Much More than Submarines”

AUKUS, Much More than Submarines

The Solution to Our Addled Submarine Program