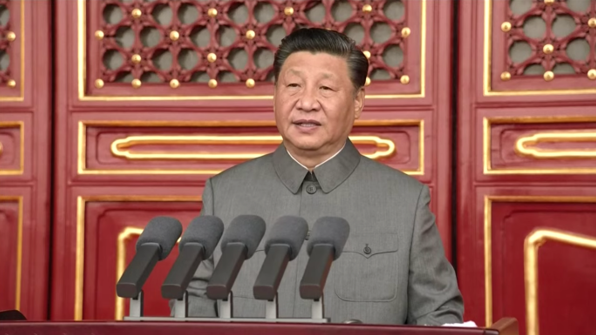 Helmsman Xi Jinping, dressed in his best Mao suit for the 100th anniversary of the founding of the Chinese Communist Party (CCP), presented himself to the captive population of the PRC, not to mention the (not-yet captive) world, as the third-most significant leader of the party: the successor to Great Helmsman Mao Zedong and Paramount Leader Deng Xiaoping. In this, at any rate, Xi was not wrong. Everything else about the July 1 celebrations in Tiananmen Square was pretty much smoke and mirrors.

The great conceit of the Leninist dictator is that that connection between the party, the nation and the people is indivisible. The CCP, according to Xi, has always “loved the Chinese people”. At this point in Xi’s speech, one’s thoughts drifted to the party’s murderously quixotic Great Leap Forward (1958-62) which resulted in the death of approximately 45 million people. Liu Shaoqi (1898-69), at the Seven Thousand Cadres Conference in 1962, acknowledged the famine was 30 per cent the fault of nature and 70 per cent human error. In other words, the party was directly responsible for the death of 31.5 million people, even more than the 3.9 million (and counting) thought to have died on account of the CCP virus (also known as SARS-CoV-2).

The fate of Liu, one-time PRC head of state and author of How to be a Good Communist (1939), 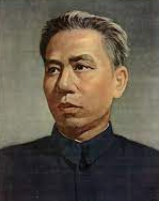 tells us much of what we need to know about Leninism with Chinese Characteristics. The former Chairman of the People’s Republic was demeaned, tortured, and purged by the party during the Great Proletarian Cultural Revolution. Officially designated a former-person, Liu (right) was sentenced to house arrest outside of Beijing and died, ignominiously, in 1969. Although his reputation had been trashed by the party for the period of the Cultural Revolution (1966-76), Liu was posthumously rehabilitated by Paramount Leader Deng Xiaoping in 1980. His definitive rehabilitation, though, has now formally taken place. Helmsman Xi named him, along with Mao, Zhou, Deng and Zhu, as one of the great heroes of the party at the Tiananmen Square celebration.

As President Xi went on about “the spirit of the party”, I wondered what “the spirit of Liu Shaoqi” might have made of the occasion. Would he have been uplifted by the choir of 10,000 belting out patriotic songs about “national rejuvenation” – material, ethical, cultural, and ecological! – under the guidance of the party? Would the first appearance in the sky of the PLA’s Chengdu J-20 stealth 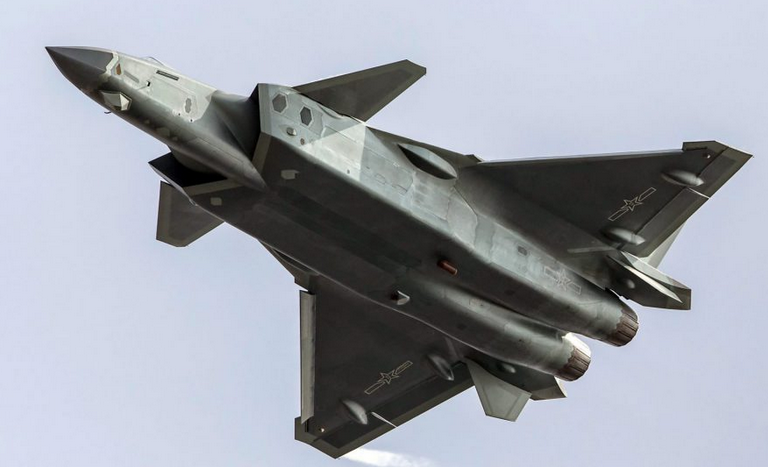 fighters (left) have been a moment of immense pride? And, finally, would his induction into the pantheon of party legends have mitigated the shame he endured in the final years of his life?

One possibility is that he might have been angry with close comrade Deng Xiaoping for not adopting the Fifth Modernisation – that is, genuine multi-party democracy and rule of law – when the opportunity presented itself during the Beijing Spring of 1978-9. The party, at the time, was so dispirited after 40 years of catastrophic misrule, and so widely unpopular, that a transition to a liberal and humane society — like Taiwan, for instance — was a possibility. Deng, however, could not be persuaded to give up the party’s monopoly on political power. The Tiananmen Square Massacre in 1989 was but one consequence of his intransigence. Xi Jinping, towards the end of his July 1 speech, referred to the “broken heads and bloodshed” that would be meted out to anyone who challenged China (that is, the CCP). Ostensibly, he was referring to the United States though his message no doubt resonated with his captive domestic audience. The spirit of Liu Shaoqi might have felt a cold chill running down his incorporeal spine.

But I think not. The news, on the very day of the party’s party, that the CCP was planning a new branch of the organisation to be established in space, would have pleased him. It might have helped ‘the good Communist’ to see past the 31.5 million people who died on account of his party’s policies, and to overlook even his own humiliating downfall. As Mei Xinyu, a spokesman for the Ministry of Commerce, bragged: “The world’s first party branch for earthlings!” Maybe this would have been enough to remind the ghost of Liu that whatever he personally suffered, or however much the people of China suffered under Mao, the party was and will always remain sacrosanct. The logic of Liu Shaoqi, who joined the CCP in its foundational year, would likely follow that of the Nicolai Rubashov, the fictional character in Arthur Koestler’s Darkness at Noon. The party is the vanguard of the people, the engine of change, the wheels of history, the motor of progress and so on ad nauseum. Or, as the Young Pioneer girl shrilly declared in the lead up to Xi’s address, “the light of truth”.

My own impression, on the 100th anniversary of the founding of the CCP, is that China is beginning to take on the futuristic characteristics of One State, as depicted in Yevgeny Zamyatin’s dystopian novel We. Even the undisguised contempt expressed by Helmsman Xi – the Benefactor in Zamyatin’s book – for liberal-democracies echoes the sentiment in We that equates freedom with “an unorganised primitive state”. We cannot be sure how many of China’s 1.4 billion people would exchange the party’s “people-centred philosophy” for the primitive state of freedom if given half a chance. The thing about a mass-surveillance totalitarian state, of course, is you rarely get half a chance. The Beijing Spring, along with the Democracy Wall movement, was one such moment, but that was a long time ago.

In-between insisting that “the people are the true heroes” in China and that the party has “no social interest or privileged status”, General Secretary Xi did not forget to thank the Public Security Police for their excellent work.

One thought on “The Darkening Shadows of 100 Candles”

Xi Jinping’s Gambit: Not So Inscrutable