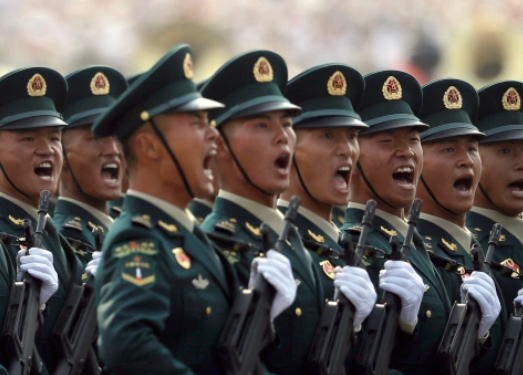 Writing in The Australian this week, former defence intelligence head Paul Dibb is right to say that the Cold War US intelligence community did not grasp how weak the Soviet economy was. But Reagan didn’t miss it and the rest, as they say, is history. Forty years on, the crux of the issue with another strategic adversary—and largely of our own making—is again economics.

The economically deterministic hope that was the strategic basis of US economic engagement with China—which may have underestimated the weight of other forces—has been that trade and market liberalisation would also liberalise China politically. China is undoubtedly more liberal than it was under Mao, and the long-run prospect of a more democratic China remains a worthy aspiration. But while free trade agreements are all very well and good, they’re never free of danger with countries that are not free.

For Australia, trade with China has created billions of dollars in export earnings and thousands of jobs (at the cost of other jobs, admittedly). But China has become, in part due to its admission to the WTO and other trade pacts, an economic Frankenstein’s monster. As the just-published US-China Economic and Security Review Commission report to the US Congress notes,

The (Chinese Communist Party) envisions itself atop a new hierarchical global order in which the world acquiesces to China’s worldview while supplying it with markets, capital, resources, and talent.

In the short-term, at least, Xi Jinping’s China has retreated from political liberalisation while becoming more powerful militarily and more aggressive diplomatically. The Middle Kingdom’s economic growth has been translated into military power posing a direct threat: Australian iron ore is making a powerful blue-water PLA navy. China’s mercantilism weakens its trading partners’ economies and social fabric through cheap capital, energy and labour, much of it illegitimate — for example, hidden and undeclared subsidies, stealing or forcing intellectual property transfers, or even via massive smuggling and market manipulation.

US director of national intelligence John Ratcliffe calls China’s approach “rob, replicate and replace” – China robs companies of their intellectual property, replicates the technology, and then replaces them in the market. Whether it’s barley, coal or wine, China doesn’t hesitate to use its newfound economic power to bully Australia, with the evidence suggesting Australia’s overweighted China export market has allowed its national security to be compromised. As Australia’s man in Washington, Arthur Sinodinos, warned recently, “It can’t be a situation where we are being asked to essentially compromise our national interest to safeguard our economic interests.”

It is not a stretch to say the polarisation and tensions in Australian, European and US politics today are rooted in part in the downsides of China trade. Some say China will grow old before it grows rich, or that its economy, riven with corruption and distorted by increasing state control, is a house of cards. Perhaps. But Xi or no Xi, a country as powerful as China has become will remain an economic and strategic threat so long as it remains a one-party totalitarian state.

So, while recognising the actual and potential benefits to Australia of trade with China, what can the Morrison government do to mitigate the harms?

First, and with the greatest respect to John Howard, who managed the China relationship perhaps better than anyone, the Howard Doctrine, which sought to de-link trade from national security and freedom, is dead. All nations are not alike. The nature of regimes predict their behaviour. Trade policy that does not properly take account of the nature of China’s regime and Beijing’s trade goals set up Australia for strategic failure. National security as well as concern for political liberalisation and human rights should inform Australia’s trade policy with China.

Second, Australia must work to make its economy much less trade dependent on China, which accounts for more than an unhealthy 30 per cent of our exports. Other economies such as India’s offer future potential to reduce China trade dependency. Kyboshing Dan Andrews’ ill-conceived Belt & Road is a no-brainer.

Third, Australia does not enjoy reciprocity in its trade relationship with China—not in its agreements nor in their implementation. Indeed, given China’s lack of regard for the rule of law, it is impossible. That must end. And if it means tearing up and renegotiating, or living without, the China FTA, so be it. That also goes for China’s WTO membership, which it has habitually abused. Rather than attempt to contest each of China’s abuses, whether they be economically or politically driven, Australia should join with other countries to bring a broad WTO complaint, which could lead to reform and the threat of effective expulsion if China refuses to pull its head in. Its attempt to punish us for a range of grievances, including the Australia-led global demand that China cooperate with an investigation into the origins of the COVID pandemic, is grist for this mill.

Fourth, the community of free nations would do well to form an informal trade-security arrangement which has among its principles that, NATO-like, a trade attack on one is a trade attack on all. As Benjamin Franklin said, we must all hang together or we shall all hang separately.

Last, Australia should waste no time to make its own economy less susceptible to communist coercion by cutting taxes, spending and the regulatory state that holds Australia back from its competitive potential as a first-order global trading nation. It’s hard to say if a more realistic, eyes-wide-open approach will cause Beijing to think again. The achievement or success of some of these measures will depend on whomever occupies the White House.

But in the US and in Australia — Anthony’s Albanese’s blame-Australia brain snap not withstanding — there is an emerging consensus that comprehensive China engagement, at least as practiced, has not been working as billed. That perception began to gather pace before Trump took his escalator ride to the White House or the ink on the China-Australia Free Trade Agreement had dried. There will be a cost with even a moderate reset and disengagement. But as Ambassador Sinodinos said, Australia has shown a preparedness to “wear that cost”. The alternative, to continue to fuel China’s rise unchecked, would be costlier.

Together these and other economic measures have the potential to check China’s economic growth relative to the West until it is no longer a strategic threat and Australia is better protected from future economic extortion and the military and political threat China poses.

The Pieces of our Chinese Puzzle