In the war of ideas, being armed with the right intellectual ammunition is crucial. Just as there are many titles coming forth from the left, so too good titles are appearing from the right. It would be a full time job to monitor all these (something I tried to do in my 1990 volume Modern Conservative Thought – an annotated bibliography of 714 books).

Here is a somewhat random selection of some recent titles covering a wide range of fields. I simply arrange them in alphabetical order by author. Plenty more titles could have been included, and perhaps future articles will cover more such titles.

Bawer, Bruce, Surrender. Doubleday, 2009.
Surrender is exactly what the West is doing in the face of radical Islam, especially Europe and the UK. In this well-argued and well-researched volume Bawer shows how we are undermining our own efforts as we attempt to appease the Islamists. We are surrendering our freedoms, our values and our beliefs as we cave in to the demands of those pushing for a global caliphate and universal sharia law. An important wake-up call.

Berlinski, David, The Deniable Darwin and Other Essays. Discovery Institute, 2009.
David Berlinkski has for years been a fiercely independent thinker and analyst. He is often willing to go against the grain as he takes on the foibles and deficiencies of many modern day orthodoxies. Darwinism is one prime example of this, and Berlinski has been fearless in his criticisms of it. This volume is actually a collection of his writings extending back nearly 15 years, covering all sorts of topics, from the nature of science to the new atheism. A welcome volume from a leading thinker and writer.

Gilder, George, The Israel Test. Richard Vigilante Books, 2009.
George Gilder has always been an original and trail-blazing thinker. He has written best-sellers on the free market, technology, and other topics. Here he provides a brilliant defence of the beleaguered state of Israel. It is a key player in the battle for both freedom and the free market. Although a tiny and besieged state, surrounded by enemies, Israel has managed to be among the leaders in technology, science, wealth creation and freedom. Yet such overwhelming success in so many areas has simply resulted in envy, hatred and hostility from so many other nations. A spirited and ground-breaking defence of a much-maligned nation and people.

Leaf, Jonathan, The Politically Incorrect Guide to the Sixties. Regnery, 2009.
The sixties have taken on almost a religious, mythological status. The period has been glorified, sanctified, and deified, transformed into some holy era in recent history. Leaf does a great job of demolishing many of the myths, distortions and half-truths that have grown up concerning this memorable decade. While there was a lot of optimism and idealism going around back then, there was also a lot of violence, narcissism, destruction and nihilism. It was not all sweetness and light. And as a former member of the sixties counter-culture, I can certainly vouch for the critique offered in this helpful volume.

Parker, Kathleen, Save the Males. Random House, 2008.
For the past half century or so males have become a threatened species. On a number of fronts men are getting a raw deal. Feminism, easy divorce, homosexuality, the sexual revolution, affirmative action and various other factors have taken their toll on men and their significance. Parker argues that men are vitally important to families, to children, to women, and to society, and need a new champion. The case for the importance of men and fatherhood is nicely made here.

Peyser, Andrea, Celebutards. Citadel Press, 2009.
Celebutard is a term used to describe “lazy and egotistical thinkers, stars equipped with abundant money, fame, idle hours and yes-men, who feel secure enough in their own influence and intelligence to create insane foreign or domestic policy in their spare time”. Peyser features dozens of these pests. All the usual suspects are there: Sean Penn, Madonna, Susan Sarandon, Michael Moore, Barbra Streisand, Jimmy Carter, Oprah Winfrey, Martin Sheen, Jesse Jackson, Hillary Clinton and many more. Of interest, Peyser is no redneck hillbilly; she is “live-and-let-live on a variety of social issues, including abortion and gay rights”. But she can spot a celubutard a mile away, and provides a valuable service here in naming and shaming

Sowell, Thomas, Intellectuals and Society. Basic Books, 2009.
Thomas Sowell is one of out leading conservative thinkers and commentators who has penned many dozens of very important books on economic, social and political themes over the years. Here he looks at the role of public intellectuals and elites who have so much influence – usually negative influence – over so much of the Western world. In a wide-ranging yet detailed work, he covers all sorts of topics as he discusses the inordinate power and influence these elites have. Another first class book by a first class scholar.

Spencer, Robert, The Complete Infidel’s Guide to the Koran. Regnery, 2009.
Given what a huge influence the Koran has the world over, it is a book little known by Westerners. For that matter, few Muslims in fact know it very well either. But given the very real threat of Islamist jihad, we cannot be ignorant about what is in this book. Spencer does a great job of informing us about its contents, its message, and its dangers. Indeed, it is the Koran which the jihadists turn to for both inspiration and instruction, so we cannot afford to be uninformed about it. Another valuable and timely volume by Spencer.

Spencer, Robert, Stealth Jihad. Regnery, 2008.
Spencer is a leading American authority on Islam and jihad. He has written numerous books on the war the free West is in with militant Islam. In this volume he explores how Muslim activists in the US are accomplishing their goals without terror or weapons. He documents the steady inroads and relentless activism of Muslim radicals in America who are working overtime to see the nation come under the rule of Allah and sharia law. A disturbing and timely expose of the struggle we are in.

Tankard Reist, Melinda, ed., Getting Real: Challenging the Sexualisation of Girls. Spinifex, 2009.
The sexualisation of young girls continues apace, and is getting worse each year. Many companies are getting rich by targeting young girls, tempting them to get “the look” of pop stars and other celebs. 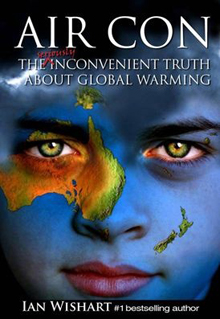 But when these celebs fashion themselves after hookers and deviants, they are sending a really bad message to impressionable girls. In this volume 15 experts pen essays dealing with this dangerous and escalating problem, and offer strategies to turn things around.

Wishart, Ian, Air Con. HATM, 2009.
Panic about global warming has become one of the big beat-ups of our time. In this helpful volume best-selling New Zealand writer and commentator Ian Wishart carefully and painstakingly looks at the topic, examining the evidence and weighing up the pros and cons. He not only finds the science to be unconvincing, but believes that following the proposed remedies will well-nigh bankrupt the West and in fact compound problems. An eye-opening treatment of a controversial issue.

Woods, Thomas, Meltdown. Regnery, 2009.
Almost everyone is aware of the global financial turndown and many have been affected by it. Why did it happen? What are its causes? Are government bailouts and more regulation the best way to remedy these problems? How should we think about the Great Depression? Woods offers a careful and detailed examination of these and related issues from a free market perspective. A good antidote to so much mainstream media commentary on all this.

PETA and Further Scenes from the Passing Madness

The Death Party springs into action

Watch Out For Those Tolerance Thugs