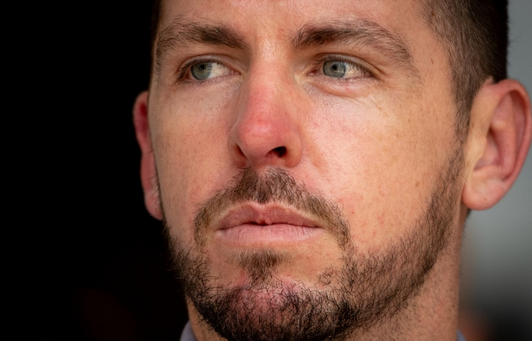 The arrest and trial of NT Police Constable Zachary Rolfe (above) was incontestably a stitch-up — watch the Andrew Bolt clip below — and his treatment at the hands of NT Police subsequent to his acquittal is a damned disgrace.  So, kudos to The Australian for its no-holds barred story in Monday’s edition of an interview with the girlfriend of Kumanjayi Walker.  And again for Tuesday’s story (paywalled) of the nurses at Yuendumu.

As regards the first story, what struck me was not the extent of the violence perpetrated by Walker (right) on his 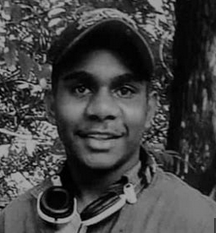 girlfriend,  Rickisha Robertson, from the age of 15.  Appalling as it is, we have all become accustomed to hearing such stories in remote Aboriginal communities.  Jacinta Price has been calling it out for years.

No, what I found astonishing was the abyssal disconnect between, on the one hand, the apparent grief of Walker’s relatives and the Yuemdemu community and their condemnation of ‘white justice’, and, on the other, the complete lack of any sort of protection or genuine support offered to Walker by that community during his lifetime.  So much for the vaunted spirituality of Aboriginal culture.

The Australian tells us (emphasis added):

Other members of the Warlpiri community were increasingly concerned about Rickisha’s safety.

But it doesn’t say who these people were or what they did about it. The following extract, quoting Rickisha’s grandparents Eddie and Lottie Roberston, is just sickening:

Lottie Robertson told detectives, after Walker was fatally shot by police in November, that the escalating abuse was “no big thing”.

Following Walker’s death Eddie and Lottie both told ABC’s 7.30 program that they took Walker in when he was young and raised him until his death.

“We took him under our wings to be able to give him the care, give him the love that he’s missed out on,” Lottie said.

They couple told 7.30 that their granddaughter was too upset to talk on camera.

“They met when they were only young,” Lottie said.

“And their love grew deeper.”

Lottie said something similar to The Australian at the time.

“I know a lot of people talk about him, talk about his bad ways, but to me he was a human being, a respected young fellow in my house,” she said.

“He had manners. He was a quiet person.

“His smile would always make my granddaughter smile, too.”

I cannot adequately express my disgust at the underlined words. In my readings concerning Aboriginal culture, I have noted that many observers commented on how indulgent parents were to their children.  This appears to me to be indulgence to an almost criminal extent.

As to the trial itself, it seems the prosecution tried to bolster its flimsy case by highlighting Rolfe’s purported tendency to gratuitous violence:

Rolfe, who responded to about 3500 jobs in less than three years of policing, self-reported 46 incidents where he used force in the execution of his duties.

The prosecution’s Use of Force expert witness Detective Senior Sergeant Andrew Barram, from the NT Police Professional Standards Command, said that he could have handled five of those incidents better.

“In the majority of the Use of Force incidents that ROLFE was involved in, which mostly also involved other police officers, the force used was reasonable, necessary, proportionate and appropriate,” Sergeant Barram wrote.

“However, there were 5 incidents where this was not the case.

“It is my opinion that Constable Zachary Rolfe has on five occasions engaged in conduct that unnecessarily led to situations where force was then required, that would not have been necessary had Rolfe adhered to police use of force philosophy and training.

“It is my view that on these occasions Rolfe has demonstrated a tendency to rush into situations with a disregard for his and others’ safety, and a disregard for NT Police training, practise and procedure.”

Sergeant Barram refers to an incident from September 2019 where Rolfe and another officer found a man outside the Todd Tavern who they believed had escaped custody.

They began questioning the man, who was evasive, before the man fled on foot from police.

Rolfe activated his body-worn camera and chased the man for about 250m before catching up to him and knocking him to the ground.

Sergeant Barram believed that Rolfe should have “verbally directed the man to lie down so that he could be handcuffed”.

The man was taken into custody and provided medical treatment for “shortness of breath”.

In another incident in February 2019, police attended a disturbance at Araluen Park where two heavy-intoxicated men were fighting.

Rolfe pushed one of the men onto the grass rather than “lowering him down in a controlled manner”. The man was uninjured.

Rolfe told The Australian all of those incidents required force to be used.

“That force was never excessive – it was relative to the situation on the day,” he said.

The police statement of Detective Acting Commander Virginia Read from Professional Standards Command reveals that, since Rolfe’s arrest, police were reviewing every incident in which Rolfe used any force as well as a handful of complaints.

“I’ve had a number of complaints,” Rolfe said.

“Every one of those has been investigated and I’ve been cleared.”

‘Failing to lower a suspect to the ground in a controlled manner’ and failing to politely ask a fleeing suspect to ‘lie down and be handcuffed’.   Got him bang to rights there, Sgt Barram.  How did the jury not recoil in horror at these atrocities?

And ‘Rolfe has demonstrated a tendency to rush into situations with a disregard for his and others’ safety’?  Those situations might include an incident when Rolfe swam kilometres up a swollen river to rescue a stranded tourist.  An act for which he was awarded a National Police Bravery Medal.

The Further Fictions of ‘Dark Emu’