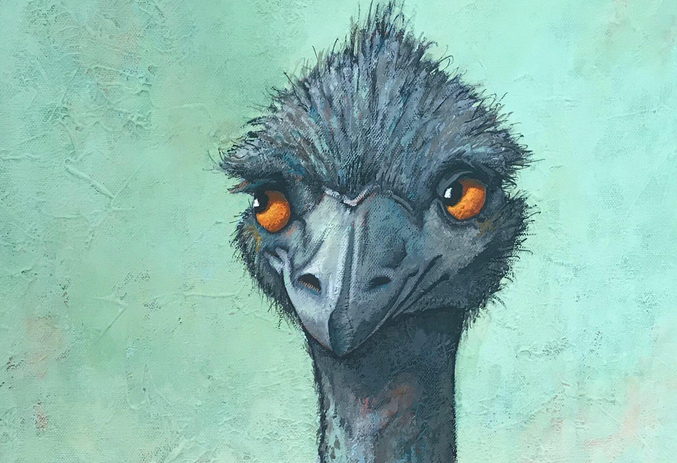 Peter O’Brien for several years battled courageously to expose Bruce Pascoe’s Dark Emu as fraudulent. He received very little support beyond Quadrant, and in the domain of public debate his Bitter Harvest was denied existence. Journals of opinion refused to publish any critical comment; and, with only a few exceptions,  anthropologists and archaeologists and other academics excused themselves from publicly offering scholarly assessments on the grounds that the issue had become too politicised, bolstering their reticence by pointing to the campaign by conservative Sky News commentator Andrew Bolt to prove Pascoe’s claim to be an indigenous person is bogus. This ill-advised silence allowed Dark Emu to gain extraordinary popularity, be accepted as a university text and countenanced incalculable damage to be inflicted by his “truer history” on school children.

Recently, what could reasonably be expected to be a game-changer occurred. Along with Bitter Harvest and an article by anthropologist Dr Ian Keen (‘Foragers or Farmers: Dark Emu and the Controversy over Aboriginal Agriculture’ in Anthropological Forum, A Journal of Social Anthropology and Comparative Sociology)  there was the publication by Professor Peter Sutton and Dr Keryn Walshe of Farmers or Hunter-Gatherers? The Dark Emu Debate. Professor Sutton is one of Australia’s leading anthropologists, a scholar who has written or contributed to 20 books and about 200 anthropology and linguistics papers and has been an expert anthropological researcher in 87 Aboriginal land claims since 1979. Dr Keryn Walshe’s work in archaeology over 35 years has included extensive field work. They have subjected the claims made in Dark Emu to forensic examination and conclude that while it

purports to be factual … it is littered with unsourced material. It is poorly researched. It distorts and exaggerates many old sources. It selects evidence to suit the author’s opinions, and it ignores large bodies of information that do not support the author’s opinions. It contains a large number of factual errors, a range of which we analyse here. Others we could not include for want of space.

Dark Emu is actually not, properly considered, a work of scholarship. Its success as a narrative has been achieved in spite of its failure as an account of fact.

Pascoe greeted this demolition of Dark Emu with characteristic insouciance,  saying it would be “disappointing” if Australia’s understanding of Aboriginal history “digressed to a limiting debate about semantics and nomenclature … In fact, I welcome the discussion and difference of opinion as it should further this important examination of our history”. (Stuart Rintoul, ‘Debunking Dark Emu”, SMH, 12/6/21). But whatever the labels applied to the controversy, at stake is one of the most fundamental issues in the pre-history of Australia which continues to be of urgent relevance for Aboriginal people and their descendants.

Yet contrary to reasonable expectations, there has been no discernible  ripple of re-evaluation in academe. No retraction by prominent academics such as Professor Marcia Langton, who rates Dark Emu “the most important book on Australia”, or that Pascoe possessed the credentials for the appointment as Professor of Indigenous Agriculture. No second thoughts, too, by the judges responsible for the extensive list of prestigious awards with which Pascoe has been garlanded, and no withdrawal of his Young Dark Emu from schools.

Only one journalist, the veteran Ian Warden, has confessed to being conned. Historian Professor Tim Rowse, after being obliged to concede that “they [Sutton/Walshe] chip away at so many parts of Pascoe’s thesis that it is, in my opinion, demolished”, he elevates the travesty to an account worthy of debate.( Inside Story, 16 June, 2021). The Conversation (14 June, 2021), notorious for ruthless censorship of any criticism of Dark Emu, could not avoid a sympathetic review by Christine Nicholls, honorary senior lecturer at ANU. Anthropologist  Stephen Bennetts provides a much more professionally grounded support for  Farmers or Hunter-Gatherers?  in the Australian Book Review. What this brief overview reveals is that anthropologists and archaeologists

have been missing in action. And the exceptions have proved embarrassing.

An example are the reviews by Dr Michael Davis in  the SMH, July 25-26, 2021, and Dr Richard Davis, “Dark Emu’s Critics”, Arena, 13 August, 2021. Permeating the mindset of Richard Davis is a studied disregard for the basic tenet of intellectual inquiry, namely, that it is the search for truth. In some respects it is true enough for Davis to claim, “Sutton’s promotion of Aboriginal permanence…has likely missed the zeitgeist of the contemporary moment”. But to then judge the worthiness of Dark Emu on the basis of its popularity with, “an Australian audience willing to embrace the vision of Aboriginal people as described by Pascoe”, is a denial of the most basic responsibility of a scholar to expose such a vision when it is fraudulent. Among many other examples perpetrated by Davis:

All or some of the methods and theories of a researcher such as Pascoe may be shown to be wrong, as when Pascoe incompletely cites an explorer’s journal entry or makes too much of what early Europeans saw to bolster his argument. However, Sutton’s argument, that Dark Emu is not a work of valid scholarship because it does not conform to orthodox scholarly criteria, runs close to intellectual elitism.

This is simple dishonesty, and an abandonment of all scholarly criteria. Repeatedly, Pascoe is practising deliberate deceit when he incompletely cites an explorer’s journal entry or misrepresents it. And this is further documented in devastating detail by Peter O’Brien in Bitter Harvest. In the Arena article, Davis’ tactic of attacking Professor Sutton as a means of defending Pascoe is tantamount to deception. As an historian I can only conclude that as an assessment of Dark Emu, Davis’s opinions are worthless.

Another rare public assessment, by anthropologist Dr Gillian Cowlishaw, resorts to the same distracting tactic of attacking Professor Sutton instead of directly examining whether he marshals the evidence to sustain his conclusion that Dark Emu is not “a work of scholarship”.

Dr  Cowlishaw’s “Misreading Dark Emu” would have been more aptly titled, “Misreading Farmers or Hunter-Gatherers?” This  anthropologist berates Sutton for “irritated corrections of some careless referencing and reckless claims…” when his book is actually a detailed forensic examination of the evidence Pascoe enlists to support his argument. And she is simply wrong to dismiss Dr Walshe’s contribution as “less relevant.” Crucial evidence that Pascoe employs to support his case for Aboriginal agriculture are what he calls “agricultural implements” which Dr Walshe establishes are no such things, rather another example of Pascoe’s ignorance.

Dark Emu is not about whether Aborigines were agriculturalists or hunter-gatherers, but about how they were seen by explorers, settlers and other observers. Pascoe is challenging popular beliefs about Aborigines.

Unless she has some insight denied the ordinary reader, the text and Pascoe’s many public performances challenge the universally held conclusions of anthropologists and archaeologists that Aboriginal people were hunter-gatherers. And Pascoe makes the insulting allegation that the contrary evidence supporting his version has been suppressed, and his objective is to unearth these facts.

One of Dr Cowlishaw’s criticisms of Farmers or Hunter-Gatherers?  that has to be re-read to be believed is that Sutton

leaves us ignorant of how the Old People related to white explorers, land-hungry settlers, missionaries and miners and their beliefs about ‘savages.

And he should have written about “when a massive bauxite deposit was discovered under the mission houses at Mapoon the people were forcibly moved and their houses burned down.” This can only be interpreted as an attack, not on the study Sutton wrote, but on Sutton for not writing the book Cowlishaw believes he should have written.

Finally, she is confused over who is “tilting at windmills” on the issue of the  Native Title Act, claiming that “It is not Sutton, but Pascoe who encourages … progressive thought.” In fact, Pascoe reveals a total misunderstanding of the Land Rights issue. As Sutton (who has acted as an expert anthropologist in various roles for eighty-seven  land claims, for over forty years ) explains, “Pascoe here has the facts completely inverted”.

With anthropologists and archaeologists “missing in action”, outliers muddy the waters, as does Stephen Muecke, Professor of Creative Writing at Flinders University, in  “Whitefella magic: a posthumanist take on the Dark Emu debate”. Having relegated Sutton and Walshe’s scholarly study to the category of “another battle in the culture wars”, his concern is to ask,

What kind of theory underpins their text? Do they embrace the recent ‘ontological turn’ in anthropology? – Certainly not. Any interest in ‘multi-species ethnography’? – No.

As Muecke can find no explicit philosophy in the book he draws this lesson,

The task remains: to rebuild a set of descriptions of human and nonhuman life on the continent, and to do that you need more philosophy, more Aboriginal concepts, and less kow-towing to the ‘factish gods’.

A new and expanded edition of Peter O’Brien’s Bitter Harvest is now available and the lesson to be drawn from is that it is urgently needed.

Les Louis is a retired Associate Professor of History

The Oh-So-Easy Habit of Taking Offence

Minting Indulgences for a Useful Scoundrel