The Treaty Crusaders’ Sin of Omission 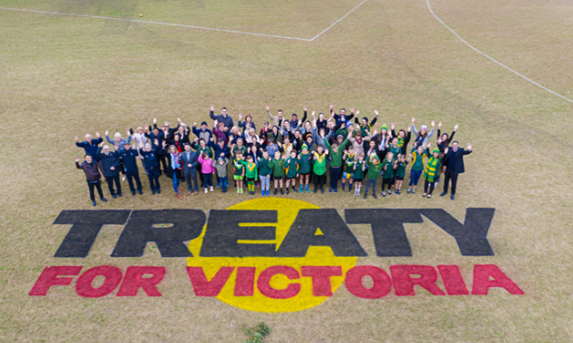 The socially progressive Christian organisation Common Grace recently put together a video promoting the idea of a Treaty. Credit where credit’s due, it’s a very well-produced piece which can be viewed here.  There are, however, numerous problems with the content hidden behind the slick messaging. This is not to say there are not many serious and significant issues facing indigenous communities, nor that they haven’t experienced various injustices in the past. Yet the notion of treaties between fellow Australians, quite apart from the dubious constitutionality if implemented on a state-by-state basis, is the wrong response to right problem. What follows are seven of the most significant reasons why we should question, and ultimately reject, the formation of a treaty.

First, not all Australians who identify as Aboriginal agree with the idea of a treaty. Indeed, many see it as an unhelpful distraction to the numerous social problems that indigenous people face. For instance, Aboriginal academic Dr. Anthony Dillon of The Australian Catholic University, writes:

The problems plaguing too many Aboriginal communities and people are ones that, I believe, can be addressed without a treaty. In fact, I believe pursuit of a treaty will be a major distraction from addressing the real problems, as a treaty will be seen as a magic bullet…

Dr Dillon goes on to further explain and consequently, warn:

Let’s not be distracted by symbolism and ‘quick fixes’ such as treaties, however alluring they might seem to be. Let’s focus on providing Aboriginal people with real hope and help, even if this means tackling the tough issues such as child abuse and violence, or making unpopular decisions like relocating people from dysfunctional and economically unsustainable communities to centres with facilities where they can thrive.

Aboriginal people are Australian citizens and as such are surely entitled to what Australia has to offer. But partaking in those offerings means abandoning the ‘us/them’ mentality which underpins the treaty mindset—a mindset that has  served only to keep Aboriginal people marginalised while promoting disharmony between Aboriginal and non-Aboriginal Australians.

Would indigenous women and children feel safer if constitutional recognition, or even a treaty, eventuated in Australia? The ­answer must be a resounding ‘No’.

The recent and ongoing national debate on indigenous issues has featured political leaders arguing about treaties and constitutional recognition. Ignoring the plight of indigenous women and children while elevating treaties and the easing of white guilt to the top political priority during this election is deny by avoidance the horrifying levels of violence.

Second, contrary to Common Grace’s ungrounded assertion that use of the terms ‘Aboriginal’ and ‘Indigenous’ only “perpetuates racism”, this is precisely how many from that particular background choose to self-identify. Common Grace would prefer the descendants of Australia’s original inhabitants be known as members of the ‘First Nations’. Yet, ironically, this is itself a Eurocentric term and concept (by way of Canada), which — according to Common Grace’s fractured logic — must itself be inherently racist!

What’s more, as is widely acknowledged by all genuine historians, Aboriginal people groups did not enjoy a peaceful, shared, pacific co-existence before European settlement, but were constantly at war with one another. Indeed, Geoffrey Blainey suggests that Aborigines killed more of their own number in the hundred years before settlement than settlers killed in the hundred years after settlement.

Third, following on from the previous point, a ‘treaty’ could not have been formed since none of the approximately three-hundred Aboriginal groups believed that the land could be ‘owned’ and, hence, transferred to a third party. Once again, that is a European concept rather than an indigenous one. Instead, in keeping with their pantheistic worldview, Aboriginal peoples saw themselves as being ‘owned’ by the Land. As the anthropologist E. P. Elkin explains:

It is true, at least from our point of view, that members of such a local group owned their “country”. But that is only one aspect of the situation. A more significant aspect is that they belonged to their “country” – that it owned them; it knew them and gave them sustenance and life. Their spirits had pre-existed in  it – in the Dreaming. Therefore, no other “country”, never mind how fertile, could  be their country nor mean the same.

Fourth, to sit down at table today then and form a treaty is not only impracticable, but also highly problematic. As mentioned, at the time of the First Fleet there were some three hundred different tribes. How are each of those different people groups going to be represented, let alone compensated? And will the financial assistance already received by indigenous people be included as part of the deal?

And just what, Australians are obliged to ask, would be the practical benefits emanating from a treaty? Will Aboriginal people be better placed as an independent entity to resolve the plethora of problems they currently endure? These are significant questions constantly left unanswered. As Paul Kelly of The Australian has rightly observed:

The Aborigines … were not a nation state. They were a collection of hundreds of tribes speaking different lan­guages, devoid of collective political purpose or leadership, often at war with each other and without the structures to allow sovereign negotiations or dealings…

The idea that the British ­arrivals should have negotiated a treaty is nonsense. With whom and on what basis? There is no ­answer.

Fifth, financial assistance is already being given, with billions of dollars spent each year. Taken in total, should this be conidered ‘payment’? What’s more, Aboriginal people are not impeded—but, in fact, elevated—through European systems of education, employment and ongoing government assistance.  As Dr. Dillon once again argues:

Our primary focus must be on employment and education. These can be achieved irrespective of treaty discussions—but will take hard work. Talking about a treaty or changing the constitution is easy; improving employment and educational opportunities is considerably more difficult. So many activists actually think they are doing something constructive when they protest from the side lines claiming that a treaty is the solution. They are not.

Sixth, Common Grace chastises Australia for never having the “foresight for an all-important Bill of Rights”—significantly, another non-indigenous concept — such as the United States and Canada have done. Seeing that, according to the fabulist Bruce Pascoe, Aborigines were the first to invent democracy, shouldn’t the burden to develop this be placed on them? Regardless, as James Allan, Garrick Professor of Law at Queensland University has written in the Sydney Morning Herald:

Australians should be very glad that they have resisted the siren call of a bill of rights. They should be wary of those who advocate the need for one, pretending that judicial power can be easily contained. It cannot. Thus far in Australia, we have decided not to throw in our lot with an aristocratic judiciary. I hope this continues to be the case. It is one of the great attractions of this country.

Common Grace also perpetuates the unjustified slur that the European settlers ‘conquered’ the land as part of a hostile invasion. But as Dr. Augusto Zimmerman, one of this country’s leading experts in constitutional law, has written in his three-volume work, Christian Foundations of the Common Law (Connor Court, 2018):

The extent to which English law is introduced into a British Colony, and the manner of its introduction, must necessarily vary according to circumstances. There is a very great difference between the case of a Colony acquired by conquest or cession, in which there is an established system of law, and that of a Colony which consisted of a tract or territory practically unoccupied, without settled inhabitants or settled law, at the time when it was peacefully annexed to the British dominions. The Colony of New South Wales belongs to the latter class…

Not only do these words self-righteously portray all Europeans as being closed-minded, uncaring and greedy(!), but it relies on the tired—and one would have thought, offensive—trope of the “noble savage”. But as Tony Thomas has pointed out here at Quadrant Online, this was anything but the case. For example, violence against women and children has been tragically endemic.)

Furthermore, Aboriginal spirituality is fundamentally incompatible with a modern Judeo-Christian understanding of the world. For a full-length treatment of Aboriginal animism see A. P. Elkin’s Aboriginal Men of High Degree . As Elkin explains in his paper, Elements of Australian Aboriginal Philosophy (Oceania, 1969):

They have no myths recording its ultimate origin. It existed, but “without form and void”, that is, without its present geographical form of hills and plains, rivers and springs, and void of living creatures. Into this “waste” came heroes, the pioneering migrants, some in human form, some  in animal form, and some with power of appearing in either form. Moreover, all, especially their leaders, had power to transform the landscape, and even to be transformed themselves into natural phenomena, such as rocks and trees, which then became and remained the sacramental repository of pre-existent spirits and “life-cells” associated with the particular heroic figures.

All of which is to say, the formation of a treaty is not the way forward in achieving the chimera of racial reconciliation, but is itself deeply divisive. Indeed, the indigenous mantra of ‘reconciliation’ betrays an entirely different agenda to the one stated. Just like the Black Lives Matter movement, it is about money and, ultimately, about power. As such, it is not a solution but distraction from the very problems is purports to solve.

15 thoughts on “The Treaty Crusaders’ Sin of Omission”

Still Not The ‘Stolen’ Generation