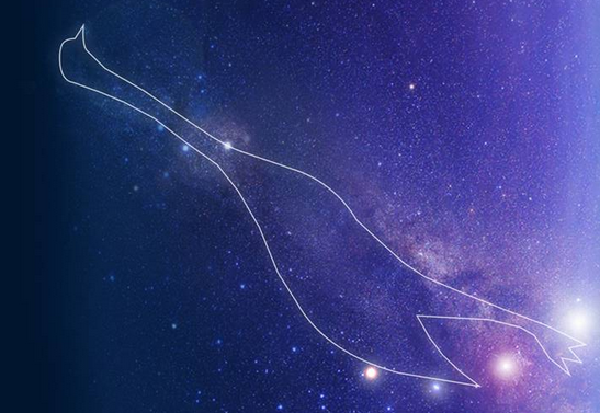 The Bruce Pascoe fiasco is a different sort of hoax, all the more troubling for “its fundamental disregard for Indigenous Culture”, as Henry Ergas put it in The Australian. A hoax, to cite one definition, is a falsehood deliberately fabricated to masquerade as the truth. It is distinguishable from errors in observation or judgement, rumors, urban legends, pseudosciences, and April Fools’ Day events that are passed along in good faith by believers or as jokes. A hoax is “a humorous or malicious deception”.

Ern Malley, Australia’s most famous literary hoax, saw poets James McCaulay and Harold Stewart gull Max Harris, the literary editor of the modernist magazine Angry Penguins, for quite some time before revealing that they had written the poems using snatches from army maintenance manuals, newspapers and random books. Although Harris’ reputation never really recovered the hoax was at its heart a humorous deception, one whose intent was to highlight the random, uncrafted and deceptive nature of modernist poetry.

Bruce Pascoe has now out-hoaxed Ern Malley, but his is a malicious deception. Pascoe has misappropriated and misquoted existing history to so fundamentally re-imagine Aboriginal society as to call the scholarship of 200 years of anthropology and history into question. He paints Australia as such a racist society that we pretended the Aboriginal people were mere ‘flora and fauna’, rather than, as he would have it, the inventors of bread, democracy and, indeed, human organisation itself.

Pascoe has dismissed and completely ignored any input or objections from traditional tribal  people, brazenly demanding that Australian and Aboriginal histories be re-taught, re-imagined and re-constructed in schools and universities — Behold, our new national story! — with Aborigines depicted as “advanced” agriculturalists who lived in villages of a thousand citizens with crops and fenced animals. He has manipulated information from settlers and explorers’ diaries to support his hypothesis whilst all the time knowing the story he was constructing to be false. How could he not know they were false given he bowdlerised explorers’ quotes and presented his own embellishments as the genuine article. His book’s title proudly alludes to the Dark Emu constellation recognised by indigenous ‘astronomers’, which can be made out against the dark places around a group of stars. Thus it is with the book, which seeks and revels in the dark places around the truth. Dark emus are hard to see, but once you accept the picture Pascoe is peddling you will fancy you are smarter than everyone else, more observant, more attuned to recognising historic injustice, more virtuous.

Yet this hoax is particularly malicious because it feeds off the manipulation of a particular race and group of people who are not able, with records, to refute the implication that nomads are less admirable than farmers. They are being given another fake story in order to develop a stronger claim to sovereignty and stoke the fires of resentment on the strength of lies about white ‘invaders’. This will surely fuel even more dissatisfaction and disillusionment. His target and the butt of his malevolent joke are the innocent and mostly naive. His book is, essentially, a racist cultural Marxist whitefella hoax which aims, amongst its other bent goals, to convince today’s blackfellas that the white ancestors of their fellow countrymen wanted only to kill them and destroy any and all records of their forefathers’ achievements.

Pascoe has the temerity to tell traditional people what ‘their’ culture ‘really’ was. Fancy being so arrogant as to tell an entire people its culture must be redefined. Imagine telling the French what their culture really is! but Pascoe reckons he can do that to the same people of which he ludicrously claims to be a member! It’s not often a writer comes along who can nudge a nation to see itself in a completely new and different light: TS Elliot, Patrick White, Camus, Dostoyevsky. In Australia we have been short-changed by the charlatan Pascoe and his lucrative lies.

Aborigines have been the subject of constant leftist hoaxes since the late 1960s. The Stolen Generation is a hoax developed by left-wing academic Peter Read to accuse Australia of genocide for saving the Aboriginal children of white fathers who had been abandoned by tribal patrilineal traditions. The Massacre Map developed by Lyndall Ryan is another highly exaggerated and contested version of frontier conflict (compiled with government grants by the daughter of a famous Australian Communist family) which clouds Aboriginal history with the untruth that whitefellas massacred Aboriginals all over the country without law or pity. That, too, is falsehood. Even the policy of self-determination was a government sponsored hoax, promising far more than could ever be achieved or delivered. The whole Rouseauean ‘romanticisation’ of Aboriginal culture as the Garden of Eden was another hoax, foisted on Aboriginal people by academics with ambitions and endorsed by overwhelmingly bourgeois white Australians with little or no knowledge other than a warm and fuzzy appreciation of how nice Aboriginal art looks on the livingroom wall. A disingenuous Australian literati has inundated Aboriginal literature with gongs and awards that pretend that Indigenous literature has achieved some sort of renaissance. Another hoax, this one underwritten by the Australia Council and other arts bodies.

Pascoe claims his book has delivered ‘a new way of seeing’, just as James Agee claimed his  Let Us Now Praise Famous Men would  bring home the reality of the plight of sharecroppers in America’s South during the years of the Dust Bowl and Great Depression. Agee achieved his goal with the great help of Walker Evans’ photographs, visual proof of the rural poverty of which most Americans had little idea and were shocked to see documented in images and words. But where are Pascoe’s photos, where is his proof, his evidence to make the case he does? Some sharpened stones he claims were used to till the earth? Others identify them as having been used to work wood and harvest bark. Fake history, manufactured from the whole cloth of its author’s schemes and scams is not a ‘new way of seeing’. It is just one more huge and deliberately promoted distraction from the truth.

Pascoe is the new Ern Malley with a twist. He has made fools of the prize-awarders, the media sycophants, the writers festivals and Melbourne University, which recently appointed the fauxborigine a professor. Now, as Dark Emu continues to be taught in schools, how will we ever convince kids that, regardless of what idiot teachers tell them, he is a deceiver and his book a blotting paper for soaking up every lie he could manufacture? How do we inform them that Aborigines were nomadic peoples and everything that is precious to indigenous culture is dependent on that fact? How now to rehabilitate the likes of Geoffrey Blainey and persuade the deliberately mis-educated young that he told no lie when writing that an agricultural revolution reached the Torres Strait and New Zealand but made no mark on Australia?

This is Pascoe’s true legacy, the damage he has sown.

The Real Agenda Behind Aboriginal Recognition