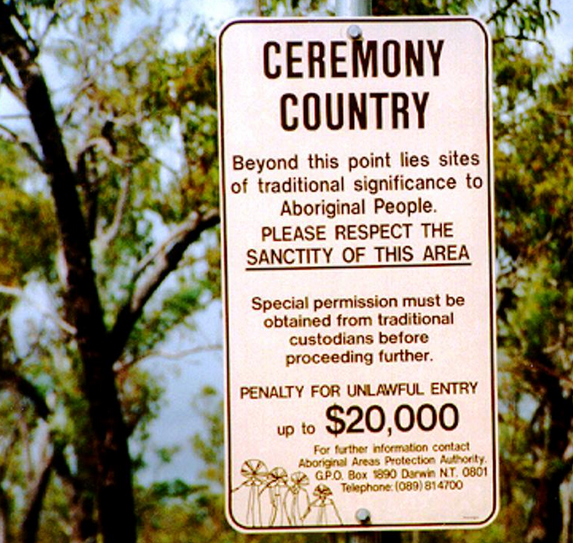 It is not unusual for laws and policies, although well-intentioned, to have the opposite effect as that contemplated by the legislators. I was recently reminded of this platitudinal observation when I read an announcement of a seminar which will be held in Perth on February 18, 2021, on “A Divided Australia?” The participants will be discussing the federal government’s promotion of social justice issues, especially the role  Aborigines might play in our system of government.

The trigger for the seminar is the preparation by the Morrison government of legislation to establish a First Nations Voice in Parliament. The Voice would be a standing consultative body which would advise government on laws and policies affecting Aboriginal people. The legislation is the government’s response to the recommendations made by an Aboriginal National Constitutional Convention held on May 17, 2017. This gathering resulted in the release of a document, the Uluru Statement from the Heart. The document proposes the establishment of a First Nations Voice in Parliament to empower Aboriginal people, and the establishment of the Makkarrata Commission to supervise a process of agreement-making with Australian governments and oversee a process of truth-telling about Australia’s history.

The proposal to establish the Voice is seriously flawed, for a variety of reasons. First, any legislation providing for the establishment of the Voice inevitably involves the granting of special privileges to one group merely on the ground of the race of its members. The distribution of societal benefits on the ground of a person’s race, which is an incident of birth, makes a mockery of governments’ stated reassurances to create a society where a person’s race is irrelevant. This proposal may also require the drafting of rules to determine group membership, which would lead to intractable problems associated with attempts to prove membership of a group. The sponsors of the Voice may attempt to sidestep this difficulty by arguing that its establishment has everything to do with ‘disadvantage’ which itself may be the result of past racial discrimination. Such an allegation certainly has merit, but it still raises the question why one disadvantaged group, among many, is selected for special treatment.

Second, proponents of the Voice may seek to justify its establishment on the ground that it provides compensation for past societal discrimination.  Although there is no doubt that Aborigines were often horribly treated, compensation for past, documented, instances of racial discrimination is problematic because the people who would be asked to provide compensation are those who have never discriminated, and the beneficiaries are those who have not suffered any discrimination. This backward-looking argument also worryingly hides the realisation that the quest to seek compensation involves the assessment of past practices in the light of modern standards. If we test past practices in the light of modern knowledge, then many actions of the past would have to be regarded as immoral and now also illegal, like slavery, child labour, removal of children from their families, corporal punishments, torture, and the imposition of discretionary punishments. We know that these practices are odious examples of violations of human rights, but it is also feasible that people in the past did not realise this or understand the consequences of their actions. This is not unlike the activities of living people, whose actions may well be regarded as retrograde in 50 or 70 years from now. The proposal to seek compensation for societal racial discrimination denies that people have the right to determine the future when they are alive.

Third, the most important objection to the proposal to establish the Voice is that the machinery of government may well be paralysed, at least occasionally, because this new consultative body would need to be consulted by governments before it introduces any new legislation. The requirement of ‘consultation’ raises the question whether it would be sufficient to ask the Voice for an opinion, or whether it must give an opinion. If the adoption of legislation is delayed until the Voice provides governments with its opinion, it could effectively veto legislation by adopting the convenient device of not giving an opinion at all. Hence, the Voice would be able to paralyse the machinery of government. In such a case, the Voice would function as a third chamber, in addition to the House of Representatives and the Senate.

Presumably, the proposed legislation may make it clear that the Voice would only have to be consulted if proposed laws and policies actually or potentially affect Aboriginal people. However, such an argument is disingenuous because all general laws, since they are made for all the people of Australia, potentially impact on Aboriginals. Indeed, it is not appropriate to exempt any racial group from the application of Australia’s general laws.

Fourth, the impact of the proposed legislation on freedom of speech is likely to be significant because it would be risky to criticise the existence of the Voice and the proposals emanating from it. Indeed, critics would almost certainly be depicted as bigoted troglodytes if they were to question the work of the Voice. For too long now, laws have progressively chipped away the free speech rights of Australians. While each restriction may be recognised as a reasonable, even defensible limitation, the aggregated limitations significantly and adversely affect the rights of those Australians who still believe in the power of free speech and its importance for the maintenance of a vibrant and prosperous society. Perhaps, even the writing of this opinion piece may well be described as a xenophobic exercise whereas, in reality, it is only an invitation to effectively implement the principle of equal opportunity and remove all barriers that may have been placed in the path of a person’s legitimate ambitions.

It is appropriate to end with a view expressed by Keith Windschuttle, who has recently argued in Quadrant that “The historical grievance expressed by the Uluru Statement of the Heart could never contribute to reconciliation or a more unified nation. It is bound to have the opposite effect.”

Gabriël Moens AM is Emeritus Professor of Law at The University of Queensland. He recently published his debut novel on the origins of the Covid-19 pandemic, A Twisted Choice

12 thoughts on “Entrenching a Divided Australia”

The Greater Tragedy of Julieka Dhu