Silence When There Should Be Screaming 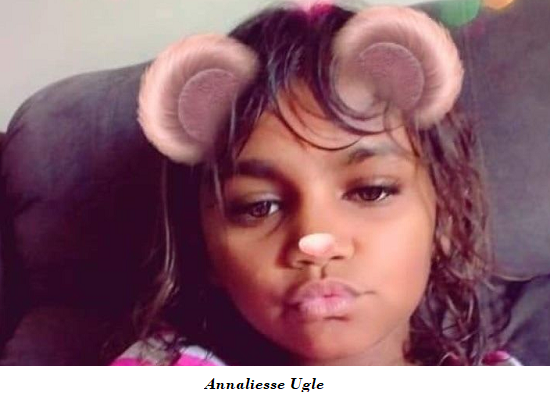 It is the campaigning of so-called human rights advocates, along with the media’s silence, that has led to the release on bail and pathetically short sentences for those who rape Aboriginal children. Above all, it is the failure of the victims’ communities to support the victims that is causing all this pain. No government can fix this. Families and communities can with the support of the rest of us.

Following up on the articles by Amos Aikman on the avoidable deaths of Aboriginal children in the Top End, The Australian immediately published another and similarly gut-wrenching series by Paige Taylor. An article in WA Today gave more detail, as local papers generally do. This time we were told of the appalling, avoidable death of an 11-year-old girl in Perth. According to her mother, the tiny victim ‘had been an optimistic kid who loved to draw and make Tik Tok dance videos’.

She came from the mining town of Boddington, just to the southeast of Perth. Police decided she died as a result of injuries caused by self-harm. Her father had recently taken his own life, causing her deep distress. She had also been repeatedly sexually abused before her death.

The ‘elder’ charged with abusing her had been released on bail into her community, causing her and her family immense distress. Peter Frederick Humes, now faces “13 child-sex abuse charges, including five counts of sexual penetration of a child under 13.” Annaliesse had identified him in a video record of interview with police. Another prominent ‘elder’ from the state’s southwest. Harry Nannup, 73, has pleaded not guilty to six unrelated child-sex offences. They both took leading roles in a program funded, “to support and assist young Aboriginal people transform their lives through cultural recovery and healing, mentoring and leadership”.

There was the predictable rage against ‘the system’. It is outrageous that this man who is charged with the rape of a child was allowed back into the small home community of his tiny victim. Her family were entirely justified in their fury over his receiving bail. The family and the whole community deserve an answer to the question, ‘Why was he let out?’

Others went further, with the obligatory ‘blame the system’ outcry at every opportunity. Megan Krakouer, from the National Suicide Prevention and Trauma Recovery Project, stated, “So many fails along the way by a system that could have prevented this loss”. Dr Hannah McGlade, the indigenous author of ‘Our Greatest Challenge: Aboriginal Children and Human Rights’ blamed nameless ‘authorities’ who ‘had failed to address the entrenched problem. “Aboriginal children are being abused and even dying as a result of abuse and violence but also government neglect,” she said. “The UN has supported Aboriginal children’s commissioners at state and federal levels, but governments, state and federal, are failing to respond to what is a most serious human rights violation.” The victim’s incredibly courageous and painfully honest aunt, Corina Abraham, also ventured to blame “the missions” for this vicious behaviour, now “normalised in families”.

But this time the massive, dark and sombre cloud contained a barely perceptible silver lining. Annaliesse had passed away surrounded by dozens of distraught, loving family members, many of whom had supported her in her dealings with the police. Shock and grief extended to the police officers and child protection workers who had supported her and worked with her. The whole community had lost an innocent child. This time her grieving mother had insisted on her daughter’s name and photograph being used. She wanted her and the crimes that destroyed her life to be remembered. In her mother’s words, “She was brave and now she’s gone, I am going to make sure her voice is heard.”

The custom of avoiding the names of the deceased is common around the world. Death produces dangerously intense emotions and is dealt with sensitively in all cultures  This is especially the case in Aboriginal culture. Since her mother’s country is Jigalong, in the Pilbara, and the child was ‘a skilful goanna hunter who liked to sit with the old people talking and eating snake’ then that family was close indeed to that particularly strong traditional custom. Cultures everywhere adapt. Even so, the family of this little girl has shown great courage in insisting that her name and image be used.

We see her 43-year-old aunt, Ms. Abraham, telling us that she is near the end of her own life and has suffered herself from on-going sexual abuse. She tells us that the young victim had been “repeatedly raped and molested during her childhood”. Ms. Abraham is pictured undergoing dialysis, a long and tiring process that I am very familiar with. My wife and several of her close relatives have been through it or are going through it now. I recognise her great courage in speaking out under these circumstances. Ms. Abraham told the journalist: “Accountability in our community needs to happen, no matter how hard it is. We have to do it to save our kids.” The next passage is also worth quoting: “Ms Abraham says Australia must start with the terrible truth about inter-generational abuse and the endless cycles of sexual crimes inside big families riven with trauma.”

This is profoundly true, although being “riven with trauma” should not be proffered as an excuse. How can your own trauma be used as an excuse to further traumatise the next, most vulnerable generation of your own people? Ms Abraham’s words should be shouted from every roof in every Aboriginal community. They should be plastered on the walls of the offices of every Aboriginal organisation, Aboriginal politician and academics. They should be copied into every funding agreement that any government makes with any community or organisation. Funding should be conditional on the acceptance of those words by everybody in receipt of taxpayers’ funds earmarked to address indigenous disadvantage. But I won’t hold my breath.

Another recent Aikman article tells us that a man who kidnapped and sexually assaulted his own three-year-old grand daughter in front of a six-year-old boy may be back on the sad streets of Tennant Creek next year, having served just three years in prison. He had already been convicted of the rape of a two-year-old and of other crimes of sexual violence and was “a high risk of re-offending”. The NT’s indigenous attorney-general, Selena Uibo, has not commented on the case. Another question: Why such short sentences for such horrific crimes? Is it somehow less of a crime if the rapist comes from the same ethnic community as his victim?

Perth-based Dr McGlade has asked, “Where are the supports in our community for the victims? Where is the voice for Aboriginal children?”

These are excellent questions. Indigenous people have been represented in our federal parliament since 1971, and in our state and territory parliaments since 1974. Since then there have been thirteen people of indigenous descent serving in the national Parliament, two have served as ministers, if you count Mal Brough. Currently there are six members, if you count Jacqui Lambie, one serving as a minister. Forty have served in the state and territory parliaments, fifteen as ministers, including a deputy chief minister and chief minister. Ten now serve, six as ministers. Currently, the NT Parliament has six indigenous members, with two serving as Attorney-General and ministers of law and justice, Aboriginal affairs, treaty and local decision-making among others. The assistant minister for suicide prevention is an Indigenous woman.

There has been an indigenous state governor and an Aboriginal and Torres Strait Islander commissioner in place since 1992. There are hundreds of Aboriginal-controlled organisations around the country. As Stan Grant has pointed out, there is now an indigenous middle class that does as well socio-economically as the rest of the middle class. Joe Lane, widower of pioneering Ngarrindjeri academic Maria Lane, has estimated that something like 44,000 indigenous Australians had graduated with tertiary qualifications by 2015.

There is no shortage of indigenous academics happy to pontificate on flags, the Constitution and the date of Australia Day. So where are the voices for Aboriginal children abused in their own communities?

The perpetrators are known, yet go unhindered, in their own communities. Annaliesse’s mother Samantha Wescott said: “She was scared, I was scared, I wouldn’t even let my babies go outside and play without me standing outside.”

If distraught and grieving mothers and aunts really want change they had better get their message across to the army of woke academics and human rights activists, indigenous legal services and our publicly funded broadcasters  to do more than merely harangue governments and their agents. They have managed to cancel, de-platform and destroy the careers of those who have been trying to tell the truth for decades. Can they now be called upon to call out and shame the ones actually abusing the children? Perhaps they could cancel the baying mob of the BLM movement and their lunatic call for the defunding of police. They will need to break through the Aboriginal omerta, the wall of silence facing police that protects the abusers.

Some of the abusers are among that nebulous group of ‘elders’ who all public servants are regularly and ritualistically called upon to acknowledge and respect at the beginning of any government-sponsored event. Perhaps we should end this tokenistic ritual with a disclaimer excepting those who deserve nobody’s respect. Or maybe we could follow it up with the reading of a list of the names of the murdered and abused, followed by a chant of ‘Black Lives Matter! Say their Names!’

In the Supreme Court in Alice Springs I heard the bravest person I’ve had the honour of knowing, a Warlpiri teenage girl, testify that she had been continually beaten and raped by her father in her grand-parents’ house. I heard the father deny the rape charge but admit to having beaten her for 20 minutes with a stick as thick as a broom handle. He told the court he did this as a loving father who had to discipline his daughter to stop her smoking ganja and hanging around with boyfriends. He left dozens of bruises and wounds on her body. He was convicted of the rape charge.

The only women in the court were a police officer and a representative from the Department of Justice, both white. There was a Noongar woman law student observing. There were none of the organised white female protesters supporting black male perpetrators that I have seen in several other courtrooms. There were no journalists, no human rights activists, no social justice warriors.

The rapist’s mother convinced another son to assault the victim’s aunt with an axe at the local school. Her crime? She had supported her niece in her dealings with the police and the court.

Answers won’t come from burly Rugby League stars refusing to sing the National Anthem or ‘taking the knee’, aping the inane gestures newly imported from a deeply troubled US, nor will elite cricketers taking off their shoes do any good. They won’t come from the activists with megaphones, faces contorted with rage, shouting obscenities at the rest of us and pledging to destroy all we hold dear. They won’t come from the indigenous politicians with nothing to say, indigenous academics and self-appointed leaders coming up with yet more excuses for the perpetrators to maintain their own status, influence and incomes. They will come from the dark, sad eyes of the little ones standing before the police and the courts describing their pain and courageously accusing those who caused it. They will come from the grieving mothers and aunts who demand, even from their hospital beds, that the real perpetrators are brought to justice and their own families and communities take responsibility to protect their own and most vulnerable.

Still Not The ‘Stolen’ Generation